Millions of pensioners are being barred from claiming vital benefits because they do not use the internet.

Research by charity Age UK has found that four in ten councils are telling the elderly and vulnerable that they must go online to claim housing benefit or a reduction in their council tax.

A researcher for the charity quizzed 100 councils about how an elderly relative could claim the benefits if they were not online. 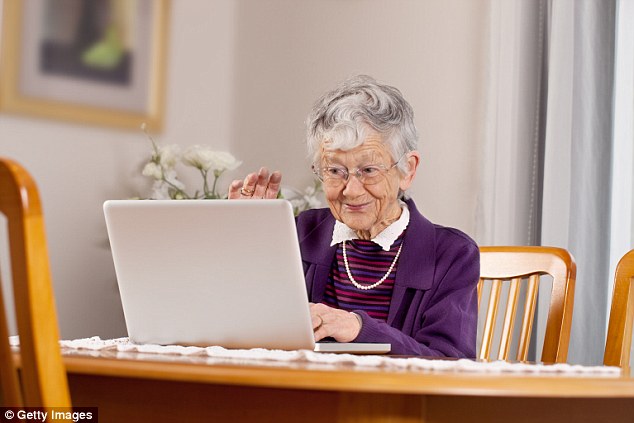 Many councils encouraged people to claim via the internet even though it was clear that they were not computer users, the research found.

Staff at some local authorities said they would help the elderly submit a claim via the internet — for instance by offering them the use of a computer in the council’s offices.

However one in seven councils insisted on internet-only applications, and did not offer any support to non-internet users, the study uncovered.

The findings have sparked concern that millions of elderly customers could be left out of pocket as they cannot claim the crucial help to which they are entitled.

More than half of people over the age of 75 have never used the internet, according to the Office for National Statistics.

Local authorities award council tax discounts, typically of around 25 pc, to some pensioners.

Housing benefit is claimed by those who cannot cover their own housing costs.

Campaigner for the elderly, Baroness Ros Altmann, says: ‘Neither businesses, nor the Government itself, should be allowed to take unfair advantage of older people’s lack of skills.’