A new Care Isa ringfenced from inheritance tax ‘is being considered’

A new Care Isa excluding savings from hated ‘death tax’ is being mulled by the Government, says report

A new ‘Care Isa’ that allows people to ringfence some of their savings from inheritance tax is reportedly being considered by the Government.

Isas are ordinarily taxed when the holder dies, but under the plans any money left over in new savings plans to help meet care costs in later life would be passed to heirs free of ‘death tax’.

However, only an estimated 5-10 per cent of people leave estates sufficiently large to make their beneficiaries liable for inheritance tax, sparking criticism that a Care Isa would only help the wealthy. 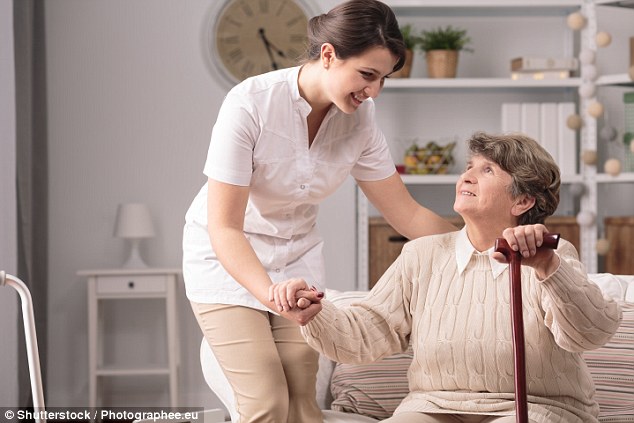 Care Isa: Under the plans any money left over in the new savings plans would be passed to heirs free of ‘death tax’

Widows, widowers and bereaved civil partners have been able to claim an extra Isa allowance called the Additional Permitted Subscription since 2014. The allowance is equal to what a partner held in their Isa at death.

The Treasury has been reviewing plans to include a new Care Isa in the social care Green Paper due to be announced by the Government, according to a report by Anna Mikhailova in the Sunday Telegraph.

The proposed Isa would be capped to reflect care costs.

But the Tory head of the Commons Health and Social Care Committee, Sarah Wollaston, dismissed the proposals.

Who is liable for inheritance tax?

But a new own home allowance lets you pass on more than that.

If you have a partner, own a property, and intend to leave money to your direct descendants, that threshold has started to rise in stages and will reach a joint £1million by 2020.

She wrote on Twitter: ‘This won’t solve the care crisis at all. There is no pooling of risk.

‘It only “solves” it for a small minority of wealthy people who can afford to invest and whose families benefit from paying lower tax on their inheritance if not used for care.’

According to the Telegraph more than 4.3million people over 70 have an average of £40,000 in Isa wealth. Meanwhile more than 12 million over 50s have saved tens of thousands of pounds into Isas.

Taxing Isas at death – with the exception of some niche high risk investment Isas aimed at encouraging the wealthy to boost small business ventures – is said to give people the ‘perverse incentive’ to spend money they may need for end of life care.

Baroness Altmann, the Conservative peer and former pensions minister, backed the idea of introducing a special ‘Care Isa’ allowance, which could pass on free of inheritance tax if unused.

‘Each person could be allowed a Care Isa fund up to a maximum sum, to be spent on care. They could transfer existing Isa balances into this Care Isa, or fund it from new savings.

‘Encouraging the current cohorts of older people to keep some Isa savings for later life, in case they need care, can contribute to solving the care funding crisis.

‘Rather than spending the money on a new car, a cruise or giving it to other family members, some people might prefer to keep it as a care fund, just in case they need it.

‘There are huge sums saved in Isas by the older generations. If all this money is spent before people reach later life, the burden of paying for their care will fall more heavily on younger generations.’