Bean counters face the prospect of a full-blown parliamentary inquiry in the wake of the collapse of builder Carillion and a host of other scandals.

KPMG has come under fire over the collapse of Carillion with debts of more than £3 billion just months after it gave the accounts a clean bill of health.

MPs probing the demise of Carillion – last week dubbed a ‘giant Ponzi scheme’ by the former head of the National Audit Office – slammed the ‘cosy’ relationship between auditors and firms they are supposed to be checking. 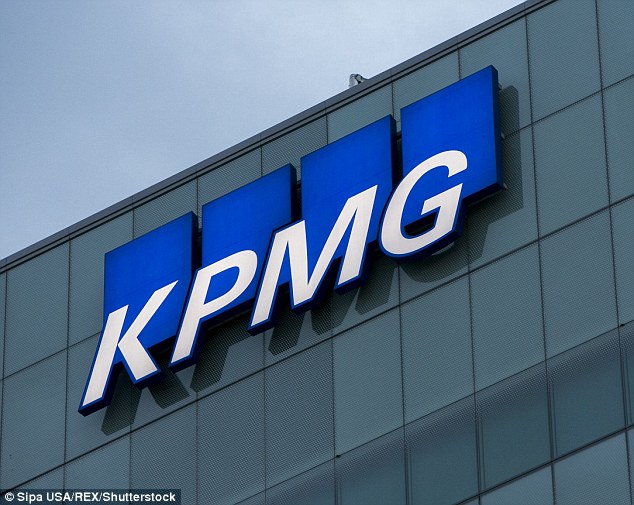 Bean counting: KPMG has come under fire over the collapse of Carillion with debts of more than £3 billion

KPMG, Deloitte, PwC and EY dominate the market, raising worries too little competition stifles scrutiny. Peter Kyle MP, who sits on the parliamentary business committee, said: ‘I am pushing very hard for a full inquiry into the audit and accounting market.

‘I want this to be a parliamentary inquiry because I don’t think the regulators have got the stomach for this kind of fight.

‘I would go so far as to say that the market as it exists now is done. It’s only a matter of whether the Big Four will play a part in reforming themselves or whether it will take parliament to reform it.’ MPs have already asked the competition watchdog to look at the market.

The Government has also launched a review of audit regulator the Financial Reporting Council. Bosses of the nine biggest accounting firms have reportedly agreed a cap on the number of FTSE 100 companies they can each audit, to try and stave off action by watchdog the Competition and Markets Authority.

American bosses were leaning on their UK counterparts over a list of proposals to send to the CMA, in last-ditch conference calls on Friday. International bosses are said to be concerned a full-blown inquiry in the UK could harm their business.

And in a fresh sign of how uncompetitive the industry has become, Lloyds bank could be forced to hire Deloitte as its next auditor with no other choice.

It is thought the other three big players cannot do the work due to conflicts of interest such as working for rivals. Carillion had around 450 government contracts maintaining schools, hospitals, roads and railways. It also helped build major projects such as part of the HS2 high-speed railway, Battersea Power Station.

But when it collapsed critics said it had been continually chasing new contracts to bring in the cash it needed to pay suppliers. Sir John Bourn, head of the National Audit Office between 1988 and 2008, said: ‘It was all rather like a Ponzi scheme.’