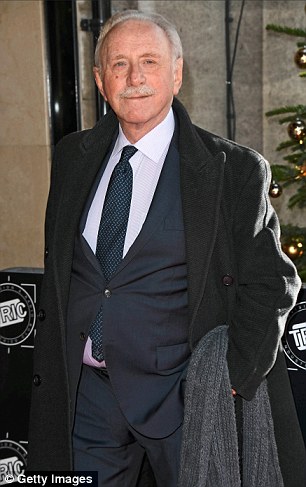 ‘The first thing I would do if I was the Chancellor would be to make sure the NHS was properly funded’, says John Lyons

The actor John Lyons was up to his ears in debt when he was cast as Detective Sergeant George Toolan in the long-running detective series, A Touch Of Frost.

Lyons had a £29,000 overdraft and was struggling to make ends meet when he got the part, which he believes was thanks to ‘someone up there’ looking out for him. The series ran for 17 years and transformed Lyons’s life. He went on to earn at least £110,000 a year and describes his co-star, the actor David Jason, as his ‘little white knight’.

Lyons grew up in a working-class household in the East End of London and left school at 15 with no qualifications. He has never forgotten the taste of the spam, tripe and sheep’s hearts his mother used to cook.

Now 74, he rents a £1.5million house in Hackney, North London, with his wife Anne and eats out at the exclusive West End restaurant The Ivy twice a month.

From September until December, he will be touring the UK with the Rumpus Theatre company and starring in The Eleventh Hour, a play that is set on the last day of the First World War. Over Christmas, he will appear in Jack And The Beanstalk at the Bridlington Theatre.

Very little. I was born in 1943 in Whitechapel, in the East End of London. Money was very tight. My mother was an office cleaner. She would work through the night and look after me and do the housework during the daytime. My father was a dock worker. When he died, he had one shilling and fourpence (16p) in his pocket, and that was all the money he had in the world.

I was the youngest of three. I do not remember ever going hungry but I remember that the food we had was not that good. It was cheap food: spam, tripe and sheep’s hearts. The thought of that now makes my stomach turn. I suppose, looking back, it all made me realise early on that somehow I have got to make my own money. 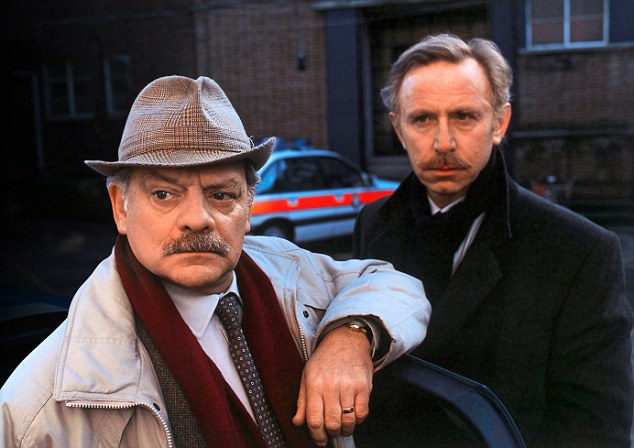 Double act: John Lyons as George Toolan in A Touch Of Frost with David Jason

What was the first paid work you did?

Helping the local milkman on his rounds from the age of six, for sixpence. I would get up at 6am two days a week before school and start delivering the milk to the five-storey block of flats opposite.

When did you take up acting?

I was 17. I had left school at 15 with no qualifications and was doing general labouring for British Rail at Paddington station in London. A man gave me a business card for a new drama school that was opening up and asked me if I had ever thought of becoming an actor.

I did an audition and got in. So I spent the next three years studying drama. I did not get a grant but the school helped me get an evening job in a theatre so I could cover my living expenses while I was studying. I did everything from stage management and walk-on parts to lighting and sound. I got £4.50 a week and because I was still living at home, I managed to get by. I remember my then girlfriend – who is now my wife – was working full-time and she would also give me half a crown each day.

During the 1990 recession. I had set up a printing business to supplement my earnings from acting and my clients kept disappearing, owing me money. It was stressful. I struggled to pay my bills and ran up a £29,000 overdraft. Then the bank sent me a letter asking me to pay it off.

My wife asked me what we were going to do, and I remember telling her the only way out was for me to get a television series. Well, someone up there was listening. Two weeks later, I got the role of George Toolan on A Touch Of Frost. The part was to last for the next 17 years. David Jason, the star of the show, was my little white knight who came to my rescue. Within six months, I had paid off my overdraft.

Yes, for TV commercials. I did about 50, many of them for Sir Ridley Scott. Before he went to Hollywood and became a world-famous director, he was making a lot of commercials. He would probably use me about once a month.

The best one I did was for Britannia Money in the 1990s.

I spent three days at Pinewood Studios wearing a false moustache and dressed up as Sir Edward Elgar, who at that time was portrayed on the £20 note. I think I was paid £9,000. Not bad for just three days’ work. 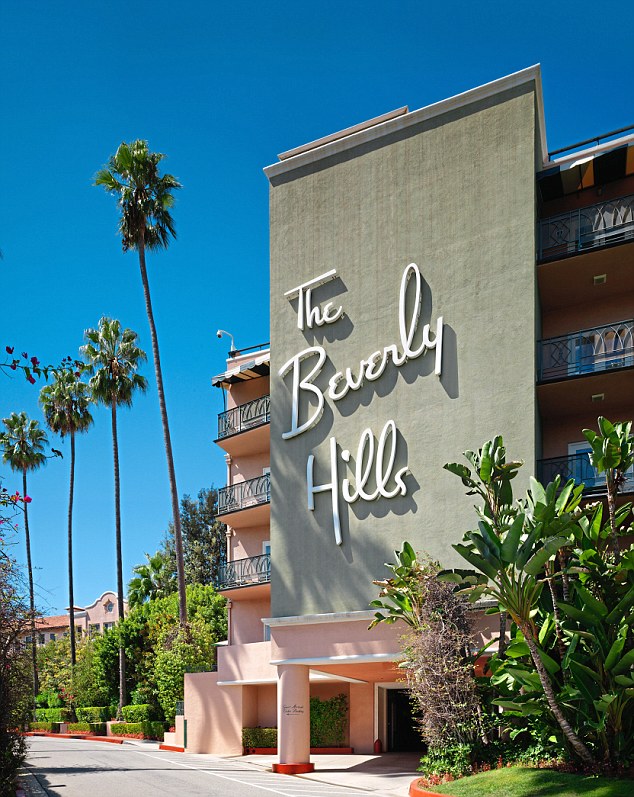 Treat: The actor celebrated his golden wedding at The Beverly Hills hotel in Hollywood

It was 1997, five years after Frost started. I was asked to do the Mousetrap in the West End, and panto too, which is well paid. Frost started being repeated on the TV, for which I got 50 per cent of my original fee. I earned at least £110,000 that year.

What is the most expensive thing you have bought just for fun?

A luxury holiday in Hollywood that cost £13,000. It was to celebrate our golden wedding anniversary. My wife and I spent a fortnight at the Beverly Hills hotel just like Marilyn Monroe and Greta Garbo did. We ate out at expensive restaurants. After all, how often are you married for 50 years?

What is your biggest money mistake?

Not buying the three-storey townhouse where we live in Hackney. We have been renting it for 36 years and had the chance to buy it in 1988 for £43,500. But I did not take it because I was a jobbing actor and did not want a mortgage. Now it is worth £1.5million.

Yes. I started saving into a pension when I was 41, and I am so glad I did as I am drawing on it now. I also have a stock market Isa. I check on it, but I leave the fund manager to choose where my money is invested.

No. Luckily, because my landlord is the Peabody housing association we only pay a controlled, below-the-market rent. If I was renting from a private landlord, I would feel quite jittery because that could go up and up. But with my landlord, I am fairly safe. 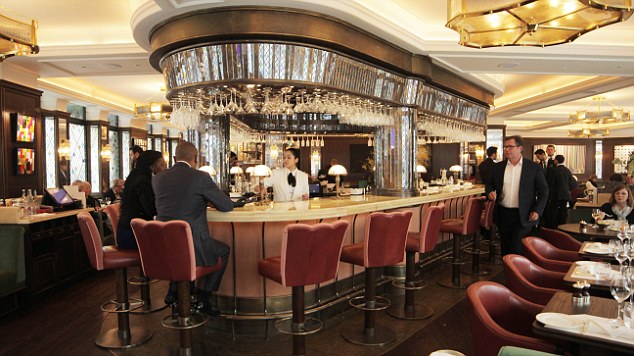 Little luxury: ‘Going out to dinner with my wife twice a month at The Ivy’ (pictured)

Do you wish you had bought a property?

I do not think about it too much. I am not planning to ever become a homeowner. But I did encourage my daughter to get on the property ladder when she got married.

What is your one little luxury?

Going out to dinner with my wife twice a month at The Ivy, a smart restaurant in Central London. If my daughter can join us, that is even better. We will have a bottle of wine and the bill will come to £160. We enjoy it so much. The way I see it, at the age of 74 and having worked all my life, I would rather spend my money on having a good time than on a new object.

As Chancellor, what is the first thing you would do?

It would be a disaster if I were made Chancellor. But the first thing I would do would be to make sure the NHS was properly funded. As you get older, you think more about that. I would be more than happy to pay extra tax to achieve that. I also think the Government should put more funding into social care and care homes.

Yes. I donate every month to Macmillan Cancer Research and Great Ormond Street. I also regularly take part in charity fundraising events and golf tournaments to raise money for children, the disabled and elderly people.

To leave my wife and my daughter in a good financial position when I kick the bucket.