SCROLL DOWN FOR VIDEO

Can you ever save money buying expensive groceries or earmarking a pot of money just for taking taxis?

In some cases yes, according to ad man Rory Sutherland.

The Ogilvy vice chairman and Spectator columnist has some unusual tips for getting the most value and enjoyment out of money while spending as little as possible.

‘There’s an argument for not skimping too much on your grocery bill,’ he explains. ‘If the contents of your fridge lookslike something from 1970s Warsaw you’re going to end up getting more takeaways and eating out quite a lot – if you’ve got a reasonably extravagant-looking fridge maybe less so.’ 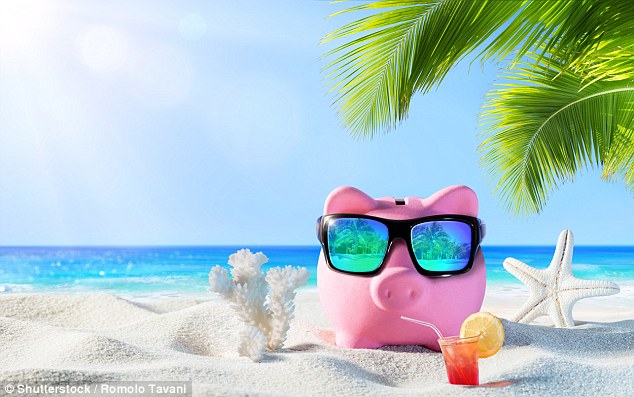 Living the dream: Rory shares his tips on money and enjoyment

In this way you could come out even or even save by spending a little more on groceries.

In this episode of the Big Money Questions, Rory gives his offbeat tips on what to spend money on – and what it’s worth scrimping on.

After all, it’s easy to think of the ways your life would be happier with more money, but what about ways to bring you greater enjoyment from the money you do have?

For example, he suggests buying the cheapest broadband often doesn’t pay in the long run.

‘If you’re paying the bare minimum then you’re probably making that company about 50p profit every month,’ he says. ‘Now that’s okay until something goes wrong and it’s going to cost £50 to fix it. The company making 50p a month from you will essentially look at you and think ‘well that’s the next ten years of profit gone, the best thing to do is dump this customer’ and abandon them.

Watch the video below for more of Rory’s tips, including how to save money on designer shoes and expensive cars, why it pays to cultivate eccentric tastes and a love of architecture, and the value of gratitude – especially when directed at McDonald’s, Premier Inn, Starbucks… and anaesthetic.