Aegon and Cofunds investors frozen out of accounts for a month

Investors have slammed Aegon over its shoddy customer service and ‘diabolical’ handling of transferring their accounts from the Cofunds investing platform.

Some 400 customers were blocked from logging on, buying and selling funds, and unable to take their money out on 8 May, when more than 400,000 Cofunds clients and £37billion of assets were transferred onto Aegon’s newly-formed investment platform.

Those affected largely invest through financial advisers, who had set up accounts for them on Cofunds. where they could manage investments. 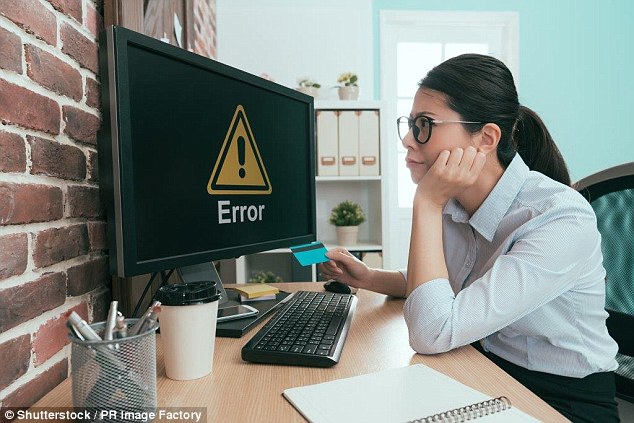 The blunder followed a £140million deal between the two firms, which saw Aegon take over Cofunds’ clients.

One user, Ron Johnson, of Essex, told This is Money he was locked out of his account for more than two weeks and said Aegon’s customer service was ‘diabolical’.

Johnson, 60, said: ‘It took me two weeks of phone calls to finally get through after hanging on for ages or being told to ring back later and no reply whatsoever to emails sent.’

Once he got access, he issued instructions to the insurer to release funds from his account but received the cash a month later – in June.

He needed the cash to lend his daughter Nikki, 31, funds to pay for a last minute holiday as she too had been locked out of her account.

Eventually he was forced to borrow the money from an old school friend who has now been repaid.

Johnson said his wife Lynn and Nikki also struggled to get in contact with Aegon to report login issues for their respective investment accounts.

He added: ‘They would spend hours on the phone trying to contact customer services but to no avail.

‘When they eventually got through, they were promised that the activation code would be forwarded to them within 24 hours but it didn’t happen.

An Aegon spokesman said: ‘We sincerely apologise to the Johnsons for the delays they have experienced and can confirm their issues have now been resolved. We acknowledge that the service has been below the standard expected of us.’

A £25 M&S voucher to say sorry from Aegon

Ron and Lynn Johnson have each received a £25 Marks & Spencer gift voucher after lodging a formal complaint.

Nikki has not received compensation as she did not make a complaint.

How those affected can claim compensation

Aegon said those affected can seek compensation by making a formal complaint.

Information on how to do so can be found on the insurer’s website.

The Aegon spokesman said its complaints team will review the Johnsons’ case and consider whether any further compensation is due.

Some financial advisers have also reported technical issues as a result of the transfer.

Charles Chami, of financial advice firm Glamis Ifa, said he has been unable to log onto the platform since the mass transfer of accounts.

He added: ‘We only had a few clients who were on the Cofunds platform, so the re-platforming issues have not had too much of an impact as yet.

‘But as soon as we need to start making investment or plan changes for clients, then this will be much more of a problem.

‘I think the question we should be asking is should Aegon refund platform fees to clients? If a person can’t access a service they pay for, surely they’re entitled to some level of refund.’

Aegon is the latest in a string of financial institutions that have experienced mishaps amid a significant digital upgrade.

Challenger bank TSB suffer a catastrophic IT collapse in April which left its 1.9 million customers locked out of their accounts for nearly two weeks in a botched switch-over from the IT system of TSB’s former owner, Lloyds Banking Group, to one owned by its Spanish parent company Sabadell.

Rival Aviva also experienced teething issues following an IT upgrade earlier in the year, as did Barclays when it migrated customers of its stockbroker service onto its new ‘Smart Investor’ platform last year.

Have you suffered problems with your investment account at the hands of a provider?

Get in touch to tell us your story by emailing myron.jobson@thisismoney.co.uk