After 13 years, home ownership is finally on the rise

The level of home ownership has risen for the first time in more than a decade.

Latest figures show that last year, 62.9 per cent of houses in England were owned by the occupier – up from the 62.4 per cent recorded over the previous two years.

But it is still far below the peak of 69.5 per cent owner-occupiers reached in 2003. 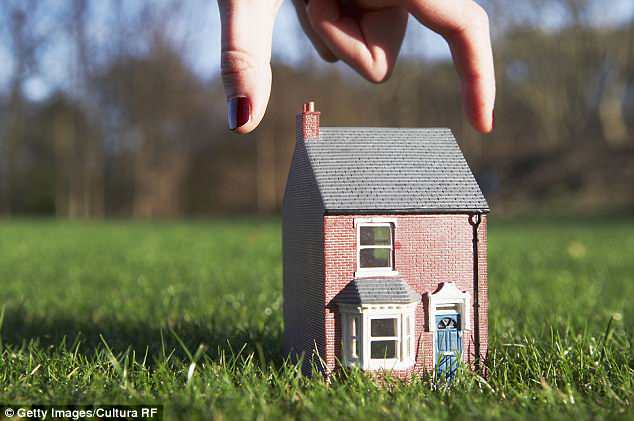 The Government did not say what factors were behind the turnaround – but it is likely flat house prices have made it more affordable for many young people to get on the property ladder.

The Help to Buy scheme, under which the Government provides equity loans to first-time buyers or shared ownership, may also have helped.

The first increase in home ownership since 2004 was hailed last night by housing minister Dominic Raab.

‘On this measure, it is welcome that owner occupation has increased, albeit modestly, for the first time in 13 years,’ he said.

‘We are restless to do more and build the homes young families, key workers and those on lower or middle incomes can afford.

‘This Government is determined to restore the dream of home-ownership for the next generation.’

The figures were released yesterday by the Ministry of Housing, Communities and Local Government.

Of these, 15.1million were owner-occupied, 4.8million were private rented homes and 4million were social housing owned by councils or housing associations.

The figures also revealed that despite the housing crisis, there was a significant increase in empty properties.

The document reported: ‘The number of owner-occupied dwellings increased between 2014 and 2017 after a period of decline.

The proportion of dwellings in owner-occupation increased steadily from the 1980s to 2002 when it reached its peak of 69.5 per cent. The proportion of owner occupiers has declined every year since 2002, except for a small reversal in 2004.

The MHCLG document does not explain the possible reasons behind the increase in home ownership.

But factors could involve the fact that house price rises have recently stalled, while wages have started to pick up – making the purchase of properties more affordable.

In addition, more homes are being built. And the Government has helped a small number of people to get their foot on the housing ladder through its Help To Buy programme.