Royal Bank of Scotland has pulled out of the world’s biggest property event – even though it is the biggest real estate lender in the UK.

The taxpayer-backed bank and its private wealth division Coutts are not sending staff to Mipim, an annual champagne-soaked jamboree in Cannes in the South of France.

The four-day extravaganza starts on Tuesday but has been mired in allegations of sexism, drunkenness and prostitution. 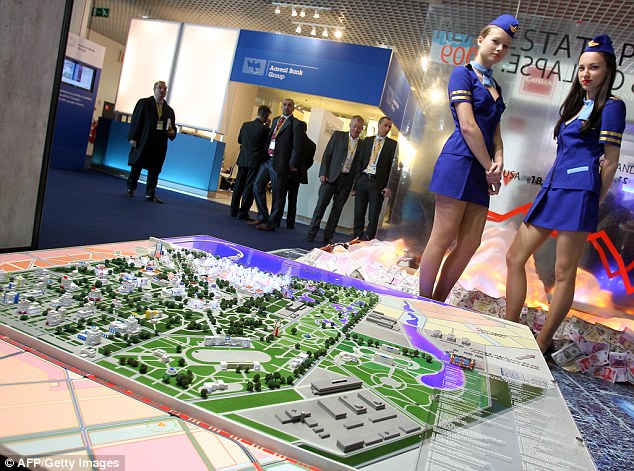 Hostesses pose on a Russian stand during the 21st edition of the international MIPIM property trade show in Cannes, France in 2009

It is as well known for its parties – on yachts and hotel rooms – as it is for the billions of pounds worth of deals discussed and done there.

Events such as Mipim are under increased scrutiny following a Financial Times exposé of the all-male Presidents Club charity gala in January, where hostesses were allegedly groped and harassed at the Dorchester in London.

Many attendees at the event were property tycoons, or worked for property companies, putting the industry firmly in the spotlight.

Critics say the male-dominated industry is one of the most unreconstructed corners of the business world, where sexism flourishes.

Mipim organisers are reminding delegates of its code of conduct, and it said: ‘Under no circumstances does Mipim register prostitutes.’ RBS, more than 70 per cent-owned by the taxpayer following its bailout in the financial crisis, has reviewed spending on overseas conferences.

A bank spokesman said: ‘Following a reassessment of attendance, the bank has taken the decision that we will not attend Mipim.’

However 6,500 UK delegates will still attend next week’s event.