Ruthless hedge funds now control around £3bn of Sky shares, giving them major influence over the future of the British broadcaster as it is targeted for takeover by two rivals.

The Mail can reveal that hedge funds based in Mayfair, New York and Chicago now own 13 per cent of Sky’s stock as it is embroiled in bids from 21st Century Fox and US cable giant Comcast.

The hostile takeover of engineer GKN by asset strippers Melrose has thrown the role of hedge funds into the spotlight. These vulture investors controlled 25 per cent of GKN stock and made upwards of £172m by forcing through the deal against the wishes of investors who had held stakes for much longer. 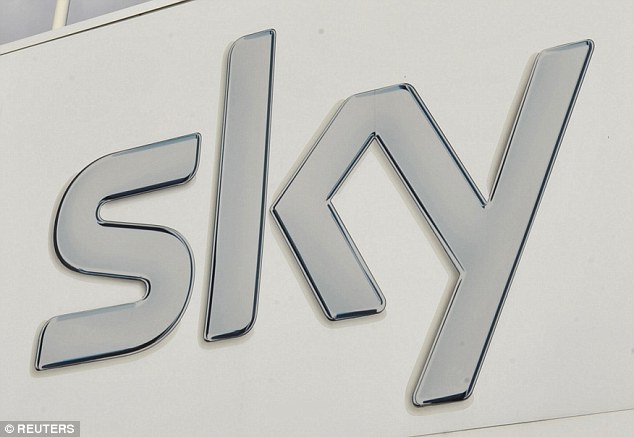 Sign of the times: Big stakes in Sky are now held by Baupost Group, Elliott Management and DE Shaw & Co

Big stakes in Sky are now held by Baupost Group, Elliott Management and DE Shaw & Co, alongside hedge funds that have held shares for a while, such as Odey Asset Management.

Rupert Murdoch’s Fox first bid for Sky in December 2016, offering £11bn for the satellite broadcaster, but its plan has been heavily delayed by regulators with competition concerns.

The deal has been complicated by Disney then offering a takeover of 21st Century Fox’s entertainment business for £39bn. Seeking to exploit the uncertainty, Comcast swooped in last month, offering £22bn for Sky.

Fox must wait until June to learn whether the UK Government will approve its takeover proposal.

It has been dogged by concerns that the deal will give Murdoch too much sway over the UK media as it would see his firm take control of Sky – and by extension Sky News.

The tycoon already owns The Sun, The Times and the Sunday Times newspapers through News UK.

It has caused the Competition and Markets Authority to demand concessions from Fox to guarantee the independence of Sky News.

Meanwhile, Comcast is preparing the ground with regulators, but as an American firm is unlikely to face such hurdles.

Hedge funds are expected to have a big say on the final outcome of the takeover battle, with some senior Sky sources warning that they could come under pressure to ditch the news channel to rush the deal through.

Some of the funds involved have a ruthless reputation, particularly Elliott Management.

The firm, which also built a large stake in GKN, often targets takeover deals as a way of making a fast profit. It is renowned for employing underhanded tactics in order to get its way.

Suitor Comcast has said Sky would be the linchpin of a major expansion of its business into European markets, with bosses hungrily eyeing its customer base of 21m households.

The US telecommunications company, which owns NBC and Universal, is offering 1250p per share – much higher than the 1075p currently tabled by Fox.

But Fox is widely expected to increase its offer for Sky, with some analysts suggesting Disney could enter the fray. The expectation of a bidding war has led hedge funds to pile in.

Russ Mould, investment director at AJ Bell, said: ‘The question is whether Disney and its chief executive, Bob Iger – who has described Sky as a “crown jewel” – will make a move.

‘You now have multiple powerful organisations vying for the same asset, and that means the financial considerations may be put aside if they decide this is something they have to own.

‘Of course, they will have to get that past shareholders. But hedgies will be building up a stake on the expectation that a big battle is developing and a knock-out bid may emerge.’

If Fox’s takeover of Sky gets the necessary approval from Culture Secretary Matt Hancock in June, the two companies would need to seal the deal at shareholder meetings. At that point, Comcast would be expected to make clear its intentions under takeover rules.