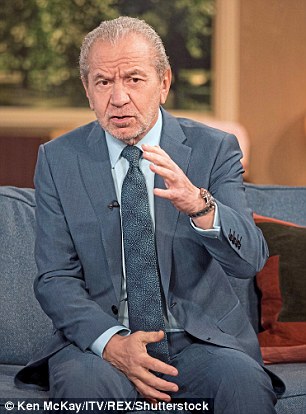 Investors keen to join the ‘crypto-craze’ are being warned to steer clear of phoney firms claiming household names back their projects.

Fake news blighting the Bitcoin and digital currencies market is on the rise – with a string of bogus celebrity endorsements duping people into believing they are investing in virtual coins and revolutionary technology.

Amstrad founder Alan Sugar, presenter of TV show The Apprentice, is the latest high-profile figure to speak out about his name being used to sell scam crypto-currency deals.

A 74-year-old fell victim to a sham Bitcoin venture because he thought he was investing on the back of Lord Sugar’s advice. The tycoon revealed the man emailed him after losing £250 to say he signed up out of ‘respect for your achievements and therefore your advice’.

Lord Sugar branded the criminals ‘scum’. He told The Mail on Sunday: ‘These crooks are utterly ruthless. I just hope that people do their homework before parting with any money. It is infuriating to see my name and face on websites run by charlatans claiming I back their fraudulent investment scheme.’

He joins an ever-growing list of famous people who have had their reputations abused by crypto con-artists. They include Virgin Group founder Sir Richard Branson, Microsoft founder Bill Gates, Deborah Meaden from the Dragons’ Den TV series and MoneySavingExpert founder Martin Lewis.

Lord Sugar says: ‘This is becoming routine for many prominent business people and there seems to be little that can be done about it because these cowardly crooks hide behind short-lived anonymous overseas websites.

‘It puts members of the public at risk who may unwittingly think I am endorsing an investment scheme. It also puts my reputation at risk by linking me to these scams.’

He is working with his lawyers to get the online adverts removed and has reported the matter to UK police and authorities in the US. 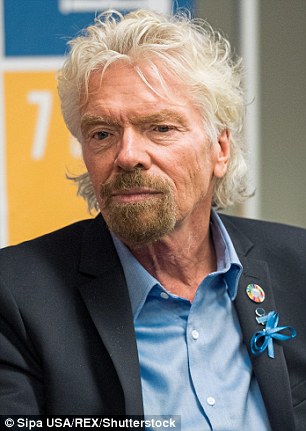 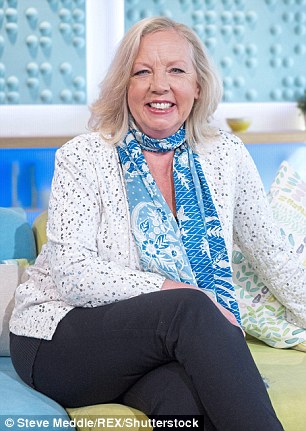 Trading on reputation: Sugar’s name has been exploited by con artists along with that of Richard Branson (left) and Deborah Meaden (right)

Action Fraud, the UK’s national fraud reporting centre, has highlighted the trend of using famous faces in scams as a ‘growing problem’. It received 21 reports of this kind in March this year with victims cheated out of £34,000 in one month alone. This is just a snapshot of financial losses as most people do not report incidents of fraud.

Mark Ward, head of execution trading at wealth manager Sanlam UK, says: ‘People do not always know what they are buying. They mistakenly believe Richard Branson is saying it is good, so feel it is good enough for them. Others are buying for fear of missing out.’

It’s high risk… but you can make it happen

Recent reports of widespread crypto-currency scams are emerging worldwide – in the UK, Australia and China. In North America.regulators say they have opened 70 investigations into scams of this kind under a crackdown called ‘Operation Crypto Sweep’. Suspect practices to be aware of include:

The US Department of Justice is also said to be investigating crypto traders over suspicions of price manipulation, such as ‘spoofing’, where the market is overwhelmed with fake orders that are later cancelled when prices have changed.

Another trick is ‘wash trading’, where people trade with themselves to give an impression of high demand to attract other investors. With so many ways to get stung, experts warn the risks are likely to outweigh the benefits. Ward adds: ‘It is still the Wild West. Investors are handing over banking details to companies based in parts of the world where there is no chance of getting their money back.’

Those who do sidestep crypto-cons are susceptible to other risks. Price volatility is one – and the ease with which digital currency can be lost is another. Crypto-currency owners store a password known as a ‘private key’ in a digital wallet. This key reveals what coins a person owns. If the password is forgotten or stolen those tokens are lost forever.

Exchanges have also been hacked and crypto-currency stolen. Unlike with a bank that is hacked, there is no recourse for getting your money back. Other investors in crypto-currency do not actually own any coins at all but have entered into a ‘contract for difference’.

CASE STUDY: We accept Bitcoin – but it is a gamble for beginners 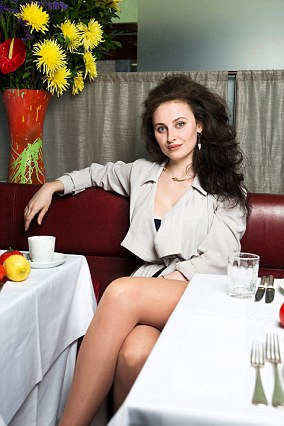 ‘New era’: Eleesa Dadiani’s art firm is planning to launch its own currency

Eleesa Dadiani is a crypto-currency enthusiast – but admits that novice investors are taking a great risk. Her Mayfair gallery, Dadiani Fine Art, was the first in the UK to accept payment in crypto- currencies such as Bitcoin. The company is also planning to launch its own coin soon.

She says: ‘This is a new era. It is not wrong to want to make money, but it is not easy to make money. It is gambling if you do not know what you are doing.’

She says misuse of a technology is ‘inevitable’ during a pilot phase but real opportunity is emerging. An example of this is women in Afghanistan earning crypto-currency and managing their own finances for the first time, rather than a father or brother retaining control of the purse strings.

Eleesa is Georgian by birth but came to the UK from Russia as a teenager in the mid-2000s. She says school life was a ‘complete disaster’. Being a 15-year-old runaway meant she had to ‘learn fast’. Ultimately this has led her to a successful working life in art which is as unconventional as her early education. Through the brokerage arm of her business, Eleesa has helped facilitate the purchase of luxury items by wealthy individuals using crypto-currency. This included helping a Chinese buyer use Litecoin to pay for four Formula 1 cars worth £4 million.

She attributes crypto-currency with helping people from all over the world pay for works of art. Eleesa says: ‘My interest is borderless trade. Sanctions against countries such as Russia make it difficult for ordinary individuals to trade overseas. So a currency or technology bypassing that changes everything for me. It is both symbolic and functional.’

Many online firms sell these deals, which are essentially risky bets on the price movements of the coins. City regulator the Financial Conduct Authority states they are ‘extremely high-risk, speculative investments’ where you are not only at risk of losing your entire investment but of owing the firms a debt too.Though these companies may be regulated, this does not protect consumers from losses when they trade via their platforms.

Iqbal Gandham is managing director of social trading platform eToro. The firm used to provide contracts for difference but now offers real investment in crypto-currency.Gandham says: ‘With contracts for difference the main concern is leverage. These instruments are extremely volatile and as an individual investor I would shy away. Leveraged trading is not for the faint-hearted.’

Bitcoin and similar virtual currencies – such as Litecoin, Ripple and Ether – are now in the spotlight. A taskforce set up by Government and regulators had its first meeting last week to start investigating the merits and challenges of a market dogged by scandal.

Senior figures from the Government, Treasury, FCA and the Bank of England helped form the Crypto-assets Taskforce which is looking at how best to oversee a phenomenon in its infancy. Its first report will be published later this year.

Crypto-currencies are not yet regulated but thousands exist. Some firms that offer investments in them do fall under the scope of the regulator – creating blurred lines for ordinary investors. In a bid to provide clarification and develop a set of standards, eight companies have formed a trade body known as CryptoUK.

All its members dealing in trades go through ‘know your customer’ and anti-money laundering checks.

If they store crypto-currency for customers they must do so offline, to reduce the chance of theft by hackers. One of the founder members is eToro and Gandham is CryptoUK’s chairman. He says: ‘We need clarification on regulation and to foster innovation in the UK.’

Bitcoin has been criticised for fuelling trade synonymous with illegal transactions related to drugs and even child pornography. But regulators cannot wash their hands of crypto-currencies because of the technology underpinning them – highly sophisticated databases known as blockchains which record the buying and selling of tokens. Supporters say they are innovative, potentially useful to society in the future and are not created with criminal intentions, even if they are exploited unlawfully.

Gandham adds: ‘Blockchain will change money and finances. It is as revolutionary as the internet.’ Blockchains are not controlled by a central bank or government in one place, but rather by a collective of people with access to them.

For example, with Bitcoin these are ‘miners’ who use software – and a lot of electricity – to solve mathematical puzzles. They can then update a database of Bitcoin transactions and are also paid in Bitcoin. Each miner will have an immutable copy of the ledger.

Fans of crypto-currency say it gives people the chance to be part of a social revolution – supporting a global currency and investing in technology of the future.

The only way to invest directly in the technology is to buy the associated tokens. In future the databases employed by crypto-currencies could be used to make banking more efficient. All computers could show the same indisputable details about financial transactions without constant cross-checking at individual banks. Similar efficiencies can be made in other sectors – with the payment of benefits by government, for example. Champions and sceptics of crypto-assets both say research is vital and investors should be prepared to stomach risk.