The proposed flotation of Saudi Aramco was billed as the centrepiece of reforming Crown Prince Mohammed bin Salman’s modernisation programme for the oil kingdom.

Now in the midst of the Hajj, the annual pilgrimage to Mecca, the £1.6trillion initial public offering is on hold. There will be great gnashing of teeth on Wall Street and the City, which lead the push for this share quote.

Head of the Financial Conduct Authority Andrew Bailey twisted himself in knots to create rules allowing the shares to come to the London Stock Exchange. Prime Minister Theresa May went to Riyadh to lobby for some of the action and appointed banker Sir Ken Costa as adviser. 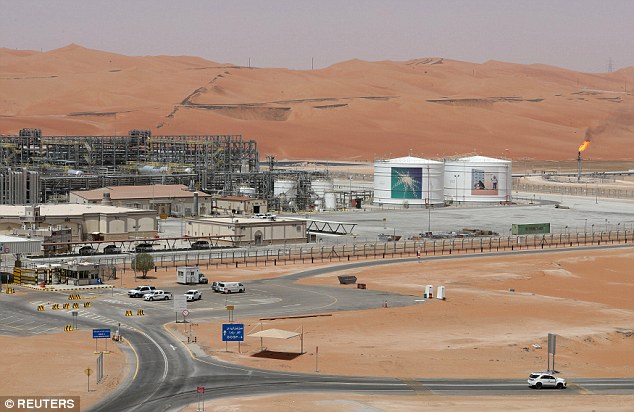 Aramco listing: ‘Investment bankers, lawyers and other advisers dreamt of fees of up to £1billion and fabulous bonuses to follow’

Investment bankers, lawyers and other advisers dreamt of fees of up to £1billion and fabulous bonuses to follow.

It is my understanding that the more deeply the investment bankers, lawyers and auditors dug into Saudi Aramco’s affairs the more agitated Saudi officials became.

Disclosure is not part of the country’s culture, and the oil company and state were too enmeshed to separate. Difficulty in getting hard numbers, particularly on the country’s enormous reserves, meant the valuation was falling short of what ‘MBS,’ as the Crown Prince is called, wanted.

Instead, the Gulf power is leaning towards a domestic alliance with petrochemicals company Saudi Basic Industries which could eventually provide some kind of free float in Riyadh.

Western bankers, like the Grand Old Duke of York, have been marched to the top of the sand dune only to be brought down with a rude bump.

The unbending boss of Persimmon, Jeff Fairburn, and his fellow fat cat executives doubtless are indulging in some backslapping having reported this week that the York-based housebuilder made £516million of profits in the first sixth months and could be guiding the company past the £1billion landmark by year-end.

If reflective, Fairburn and his claque might wonder if they are deserving of the rewards which have turned the chief executive into Yorkshire’s very own plutocrat.

Fairburn was the highest earing FTSE100 boss in the last year, with a £47.1million package of pay and bonuses, a down payment on his personal bonus of £75million. This was cut back from a potential eye-watering £131million after a run-in with shareholders.

As pay analyst Simon Patterson of Pearl Meyer has signalled on a model based around FTSE100 bosses’ pay, Fairburn, despite glorifying his own success, is poor value for money.

What is particularly disturbing about Fairburn is that he doesn’t appear to recognise the shadow he has cast over the whole housing industry and the way in which he is betraying free market capitalism with obdurate behaviour. Some 60 per cent of Persimmon sales are not based on any special skill but a huge taxpayer subsidy in the shape of the Help to Buy scheme.

All that has achieved is to lift the premium of new-build homes above existing properties. It also has handed cash to buyers who don’t need it rather than those first-time buyers in search of affordable homes. Most galling is that Persimmon and its overpaid executives, wallowing in some £300million of bonus wealth, aren’t even doing a good job except for themselves.

Some of what they build is shoddy, as HGV driver Mike Firth found when he took possession of his £220,000 new home in Castleford, West Yorkshire.

It was riddled with problems, ranging from poorly laid bricks to a leaky shower.

Some workers on Persimmon sites have been found to be on rates below the real living wage.

Persimmon also has been selling homes with escalating ground rents.

That is a means for the company to exploit hard-pressed home buyers for cash in perpetuity. Such unscrupulous behaviour by Fairburn and his cohorts is a stain on a housing industry entrusted with delivering a public good.

Hearty congrats to Rachel Osborne on landing the finance director’s job at Debenhams with a potential pay packet of £1.4million.

As an executive who has found it hard to hang on to most of her jobs for more than a year or so, the latest roll of the dice will feel like passing ‘Go’ on the Monopoly board.