ALEX BRUMMER: Barclays finally bounces back in the wake of the Bob Diamond and John Varley eras

Of all Britain’s High Street banks Barclays is the most intriguing. It has been through regulatory hell and back as a result of the antics of former bosses Bob Diamond and John Varley, and the effort to steer clear of a UK Government bail-out.

Its choice of a Gulf rescue a decade ago, involving Qatar, left a stain which is not yet erased.

Under the stewardship of former JP Morgan banker Jes Staley, Barclays set a new course, ridding itself of its historic interests in Africa and focusing on becoming Europe’s only fully functioning investment bank.

It has been helped by the Lehman legacy, which gave it a strong client base in America, but has not received unqualified support from Whitehall which has preferred Goldman Sachs and US banks for share sales, such as the return of Royal Bank of Scotland to the public markets. 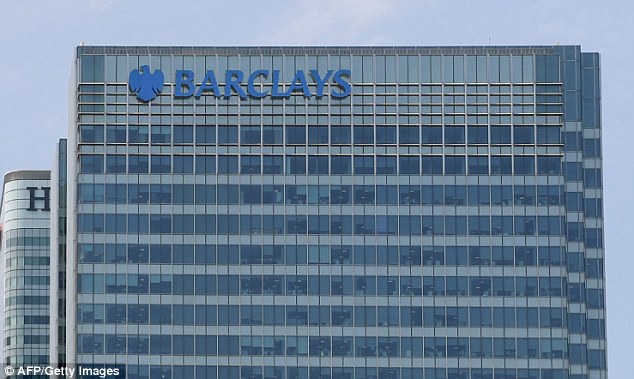 Under the stewardship of Jes Staley, Barclays set a new course, ridding itself of its historic interests in Africa and focusing on becoming Europe’s only fully functioning investment bank

Latest results suggest that, in spite of having an arm tied behind its back, Barclays is picking up momentum.

A strong quarter for equities in the US saw revenues rise 30 per cent, ahead of some Wall Street peers, and the investment bank’s profits were up 17 per cent. That may not be enough to send activist Ed Bramson, agitating for a break-up of the investment bank, scuttling back to his New York burrow.

It is not very helpful for the City and financial services that one of the big backers of Bramson’s outfit Sherborne is Aviva Investors.

Indeed, Aviva boss Mark Wilson, who maintains Chinese walls with the investment management arm, is understood to have had his ear bent on the subject.

The underlying picture at Barclays is starting to look healthy, with pre-tax profits before various conduct and litigation matters up 20 per cent at £3.7billion in the first half and the bank’s capital base strengthening.

But, like other UK financials, it is suffering a Brexit draft. Big fund managers by necessity steer clear of uncertainty.

Nevertheless, years of regulatory chaos and management upheaval mean that Barclays has been a serial underperformer.

That should be an investment opportunity but not just for renegade, short-term investors in search of sugar rush returns.

The reality about the City and Brexit is that it has little to fear but fear itself.

The latest scare story about the migration of Deutsche Bank’s derivatives trading to Frankfurt has left UK competitor, the London Stock Exchange, unfazed.

New LSE chief executive David Schwimmer notes that its London Clearing House offshoot saw a 34 per cent increase in client clearing of euro-swaps in the last six months and says that support continues to build.

And inward investment into UK financial technology was the highest among the major industrial countries in the first half of the year, outpacing the United States.

The main downer for the City is uncertainty about a future deal in financial services. There were hints from Brussels this week that something around ‘equivalence’ may be possible if the issue of a tribunal to handle disputes can be resolved.

The concern among insurers is that, unfavourable weather in Canada notwithstanding, the Square Mile could be putting itself at a disadvantage. Trump is deregulating Wall Street while the UK is over-regulating, making it more expensive and bureaucratic to work in the City.

The UK has been good at exploiting tax and regulatory loopholes which is how the Eurodollar market, followed by US investment banks, arrived here.

At times it seems that a legalistic Financial Conduct Authority is fighting battles of a decade ago rather than dealing with the opportunities of being the global financial centre.

High off the hog

A wonderful insight from Stobart of the way that some directors of public companies regard corporate funds as a personal piggy bank.

Former boss and significant shareholder Andrew Tinkler may be a brilliant entrepreneur but it came at a heavy price.

As we disclose today, court papers show that Tinkler spent £1m on helicopter travel, £51,399 on a horsebox and bought a £50,000 Range Rover mainly for his daughter’s use.