By the standards of chief executives at BT, the five-year tenure of Gavin Patterson is par for the course. There have been achievements, notably the swoop on EE which underpinned BT’s domination of UK telecoms.

If Patterson had a core weakness it was inattention of the less glamorous side of the enterprise, notably the weak performance of Openreach, the failure to tackle poor customer service smartly and pedestrian broadband roll-out.

What caused chairman Jan du Plessis to show Patterson the red card was the failure of last month’s strategy announcement, which included the dismissal of 13,000 middle-mangers, to gain any traction on the stock market.

Investors simply didn’t believe Patterson could deliver a slimmer, more efficient BT and executing better convergence between mobile and broadband in the speedier timescale they want to see. 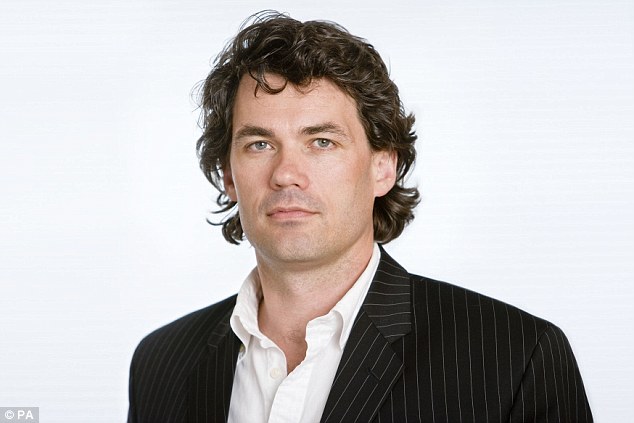 The focus of du Plessis and the board, as they seek a replacement, is to find someone from the telecoms digital world rather than a soap suds salesman.

The intention is to look outside, rather than inside, although if an internal candidate were to emerge it would likely come from the hived-off engine room at Openreach run by Clive Selley.

The goal for next-generation BT is to ramp up capital spend and become a champion for superfast broadband rather than an also-ran.

BT’s high spend on football was bonkers, although the firm claims it stopped a leakage of 1m customers a year to rivals.

It may have paid off in the short term, but Patterson is paying heavily for the slow roll out of ultra-fast broadband and oversight of global services, notably the Italian accounting disaster.

The great battle for sports rights at BT will moderate. That will be no bad thing, because the flagship telecoms group has little chance of competing in the longer term with Amazon and Sky’s new owners, be they Disney or Comcast.

There is no secret as to why Andrew Bailey at the Financial Conduct Authority is bending over backwards to allow a premium listing for companies controlled by sovereign states.

Britain, with its long-standing links to Saudi Arabia, would like a shot at bringing oil giant Aramco to the London market should Crown Prince Mohammed bin Salman decide the £1.5 trillion firm should go for a public float.

Theresa May’s government wants to make this happen as a sign that Britain is the best place for state-controlled firms to raise funds. But London-based investors are concerned that weakening the governance for premium listings could undermine the standing of the London Stock Exchange.

To deal with the reservations, the FCA has come up with some modest fixes.

Minority or independent shareholders will be given the opportunity to vet the non-executive directors on the board.

That would be a positive move, given the current imbroglio surrounding the governance of Oleg Deripaska and his EN+ Group post the tightening of sanctions.

The snag is that there is then a 90-day cooling off period, after which the company can plough ahead anyway.

The other stipulation is that there is timely disclosure of any deals between the state and the firm.

One understands why London wants a slice of this action, with the big fees involved in a float of this size of Aramco. But with the oil price stronger than when the process began, the urgency of a sale has vanished.

The Saudi leadership is also unhappy about the detailed disclosures required by investment bankers crawling over the innards of a secretive enterprise.

This exercise is not just about Saudi Arabia. The City has expertise on privatisation, so states from around the world could potentially see a UK premium quote as an attractive option. But it will be a trickle rather than a flood.

Mike Coupe is really in the money, even though the Sainsbury’s boss is only in the starting blocks on merger plans with Asda.

His 2017-18 pay package has jumped 46 per cent to £3.4million at a time when the supermarket faces a revolt from long-serving staff who are being asked to sign contracts which ask them to ‘work well, for less’.

None of this is likely to endear Coupe to Asda people, who will fear they too may have to make sacrifices.

A second own goal from Sainsbury’s chief executive.