ALEX BRUMMER: Fight against the online giants which pose a threat to consumer choice

The failed effort of the US Justice Department to obstruct the £63billion merger of telecoms provider AT&T with Time Warner was as much political as economic.

Donald Trump has a visceral dislike of Time Warner offshoot CNN because of a perceived determination to bring him down.

Last time around, in 2000, Time Warner’s merger with AOL imploded because of cultural differences.

In spite of this, two decades later the big telecoms, cable and creative firms feel they have very little choice but to press ahead with experimental deals to survive. 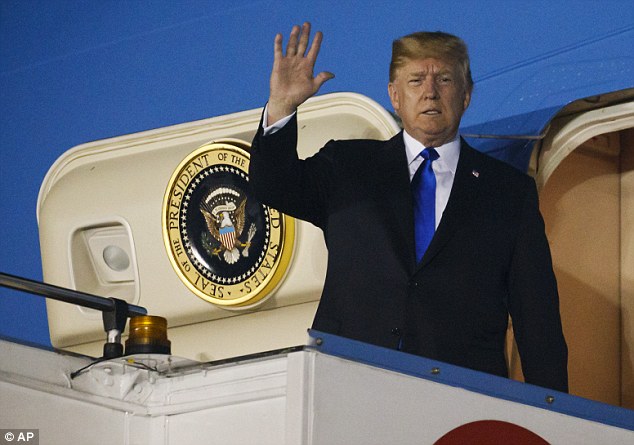 Indeed, the court verdict giving the green light to AT&T was barely digested before Comcast was unfurling its debt-laden bid of nearly £50billion for 21st Century Fox, including the 39.1 per cent stake in Sky.

Disney is yet to show its hand but the assumption is that it will come back with a higher offer, and the support of Rupert Murdoch.

The Disney offer, mainly in shares, has a lower tax bill attached and keeps the Murdoch family engaged in Hollywood through a 5 per cent stake in the enlarged enterprise.

If the US Justice Department really wanted to challenge corporate power it would turn its attention to the FANGs – Facebook, Apple, Amazon, Netflix and Google.

Not only are the digital giants using their extraordinary financial muscle and tech skills to challenge the traditional media, they are also a threat to retail as we know it.

Consumer spending in Britain may have taken off in May but most days bring another tale of woe from the High Street. This week Poundworld joined House of Fraser on the casualty list.

Tesco smartly gave itself a new lease of life with the takeover of wholesaler Booker. Tesco’s search for a market edge, much like the Sainsbury’s quest to merge with Asda, is largely a response to digital competition.

When the grocers look in the rear mirror they see Amazon, Google et al bearing down upon them. They are also cognisant of the huge advantage Silicon Valley has in mining consumer data even if, post-Cambridge Analytica, they are pledging not to share with third parties.

Amazon is determined to turn Prime into a world leading entertainment brand.

In the last week it announced a deal with Blossom Films, the production company controlled by Nicole Kidman most recently responsible for the HBO series Big Little Lies.

The press release boasted that together Prime and Kidman will be rolling out original series and films across 200 countries and territories.

The spread of the digital giants into new areas such as healthcare is made possible because of light touch regulation.

Global spread is used to avoid intrusive tax scrutiny and they enjoy a free ride on equity markets which applaud when they invest their billions, in the likes of Whole Foods, and other new lines of business.

The real prize for anti-trust enforcers is not stopping the media or even retail mergers, but moving against the digital giants.

The ultimate result of domination of ever more markets will be less consumer choice and more pricing power.

The collapse of Britain’s oldest mutual insurer Equitable Life and the insouciance of the regulators is one of the great scandals of our time.

It required indefatigable campaigning by wronged policyholders and strong media support to persuade the Cameron-led coalition – Labour refused to do anything – to come up with a £1billion compensation package.

As significantly, the task of running the company and recovering value for a rump of 400,000 policyholders fell into the hands of an unflashy, frugal former NatWest banker Chris Wiscarson.

Since 2009 Wiscarson has devoted his life to securing the best deal for investors.

His goal was to make sure that the £1.8billion of capital carefully built up found a route back to policyholders without breaching prudential rules.

The reallocation of capital means that the underlying value of policies will soar from 35 per cent of what was expected to twice that.

The extravagant promises made by the Equitable Life’s snake-oil salesman may still never be fully realised.

But Wiscarson has fought hard to make sure an impoverished future has been avoided.

Finally there is a financier deserving of a knighthood.