The Bank of England has signalled the financial crisis is finally over with the decision to lift interest rates to the highest level in a decade.

It is also acknowledging that in spite of political wrangling over Brexit and doom-laden financial predictions, the UK’s economy is doing fine. Indeed, the bigger risk is now higher inflation.

Since the freezing ‘Beast from the East’ storms hit output in the first months of the year, growth is roaring back with both manufacturing and construction doing well, and the City’s exports of financial services are at record levels. 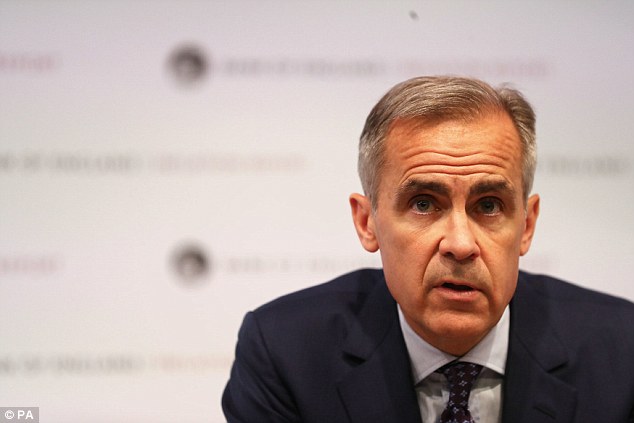 When Britain voted to leave the European Union two years ago, the Bank of England governor Mark Carney feared a mild recession, a catastrophic drop in business investment, and an interruption to the improvements made in the jobs market.

None of this has happened.


More from Alex Brummer for the Daily Mail…

Recession was avoided and the UK economy, boosted by a more competitive exchange rate for the pound, has continued to grow, if at a more moderate rate than some of our trading partners in the G7 club of the richest nations.

Business investment has cooled, but an influx of money from Silicon Valley giants Google, Facebook and Apple – all building huge campuses in Britain – is a positive surprise. Most important of all has been a job creation miracle. The jobless rate has tumbled to 4.2 per cent of the workforce, and hundreds of thousands of part-time jobs in the much-disparaged ‘gig’ economy have been converted into full-time employment. Indeed Carney, who fretted about unemployment when he was drafted in by George Osborne in 2013, is now purring about the strength of the jobs market.

Yesterday he said: ‘The labour market is strong. Unemployment is at a 42-year-low and is projected to fall a little further.

‘Both the employment rate and number of vacancies are at record highs, and job-to-job flows are back around pre-crisis levels. Pay growth has picked up in recent years, as… companies have found it harder to recruit and retain staff.’

Carney added that across the economy as a whole, growth in average wages is rising. What the governor could also have noted is that companies, under constant pressure from investors to cut costs, do not take on new staff and add to payroll costs unless they have confidence in the future. That is clearly flooding back.

For many millions of borrowers, including first-time buyers who’ve bought homes since the crisis of 2008-09, the rise in the interest rate to 0.75 per cent – immediately used as an excuse to jack up borrowing rates by banks and major mortgage lenders – could come as a shock because they haven’t experienced rates at this level before. But the truth is that by historic standards the cost of borrowing remains rock bottom. Before the financial crisis, rates in the range of 5 per cent to 6 per cent were considered acceptable.

Arch supporters of Britain remaining part of the European Union argue that Carney and the Bank of England are playing with fire by raising interest rates when the UK economy looks comparatively weak relative to the eurozone. 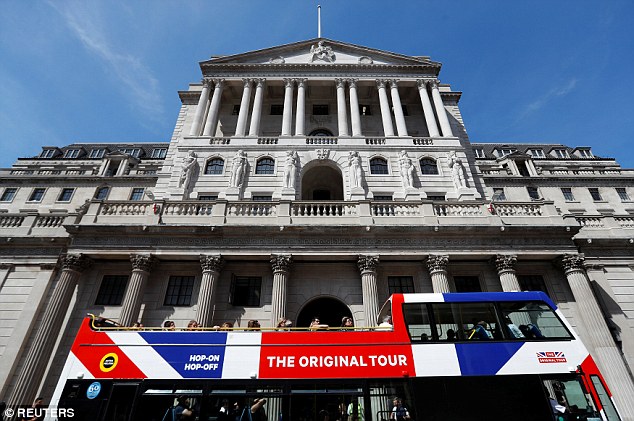 What the gloomsters ignore is that Britain recovered from the financial crisis far more quickly than most of its European counterparts, and that our jobless rate is half that of the average across the eurozone, which is experiencing catastrophic youth unemployment rates of above 30 per cent in Greece, Spain and Italy.

By raising interest rates at this point, the Bank also wants to encourage thrift rather than spending.

And by predicting gradual increases in the future, the Bank of England also gives itself some flexibility in terms of which way the next move might be.

Were Britain suddenly to leave the European Union without a deal, causing temporary instability on the financial markets and at the ports, Bank of England policymakers have given themselves space to cut rates in the event that the economy lurches towards recession.

But the Bank’s latest forecasts suggest that will not happen, and that growth could pick up next year.

For now, the Brexit pessimists are being well and truly proved wrong.