The countdown to the Maundy Thursday vote for the £8.1billion Melrose bid for GKN approaches rapidly.

It cannot come too soon for the Melrose three, Chris Miller, David Roper and Simon Peckham, who have not enjoyed the harsh light shone on the personal wealth extracted from the financial engineer and their commercial acumen.

Until the GKN assault, Melrose attracted admiration in the City for its ability to identify undervalued industrial groups, polishing them up and making quick money. No one worried about governance, social impact or outsized rewards.

That has changed and Melrose has become an overnight political embarrassment. Pledges made to inject £1billion into the pension fund are challenged alongside its R&D and other commitments. 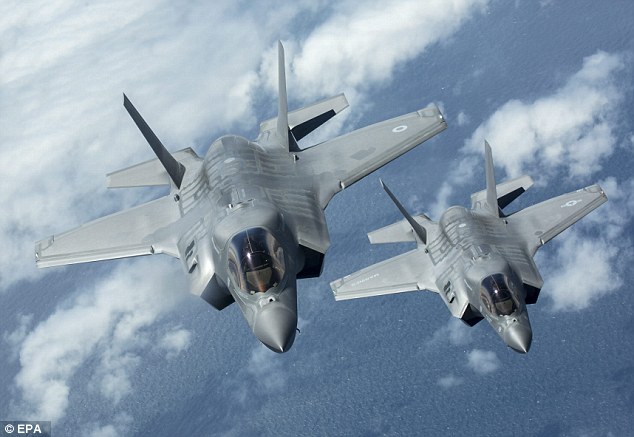 GKN’s defence expertise is in the United States, including the F-35 joint strike fighter which will be on the UK’s new carriers

As it makes ever more promises that are binding under Takeover Panel codes, investors must balance the odds of a fast turnaround with the need to adopt a more responsible approach.

Certainly GKN rested on its laurels for too long. But the decision to put its automotive enterprise together with Dana of the US and let aerospace fly has encouraged some investors to give it a second life.

It may be too late for the 5.7 per cent of shareholders who accepted Melrose’s first offer to change its mind.

Aviva Investors did itself no favours in the financial community or within the Aviva group itself with its decision to back its 5.1 per cent Melrose holding over GKN.

It argues that GKN is not a top Ministry of Defence supplier, but no one said it was. The defence expertise is in the United States, including the F-35s which will be on the UK’s new carriers.

It described Britain’s Aerospace Growth Partnership as a ‘sector deal’ when it is an industry and government lobby forum.

Not surprising that Airbus is concerned about an owner that fails to understand precision. Even if Melrose scrapes victory, the path will not be clear.

The rigorous Committee on Foreign Investment in the US needs to be satisfied. If Melrose cannot promise it will protect GKN aerospace from Chinese or other unwanted buyers, it will be stymied. Risky indeed.

While eyes have been focused on the Melrose-GKN tussle, predators have been snapping up forgotten engineers.

Shipbuilder turned electronics group Laird has fallen into the hands of US private equity princelings Advent for £1.16billion. There has been no debate about the impact on UK jobs, R&D or pensions.

This week French tyre and gastronomique group Michelin snuck in with a £1.2billion takeover bid for Hull-based Fenner, which has been making conveyer belts for mining companies since 1861.

Not the most glamorous of enterprises perhaps, but it is a global champion with 47 per cent of its turnover in the Americas, 32 per cent in Asia Pacific and presence in Africa and the Middle East.

In the last century it was the pioneer in developing fire-proof belts (following a 1950 colliery disaster) and the larger part of its income comes from advanced polymer drives used in mines.

As the City prides itself as home to natural resources companies from all around the globe (there are as many as 57 from our comrades in Russia alone), Fenner provides a useful infrastructure.

There is debate about how quickly the deal will enhance Michelin’s earning, but none about headquarters staff in Hull and polymer R&D.

Even under the new White Paper proposals for pension funds, the obligation of those involved in deals to notify regulators remains ‘voluntary’ in spite of the BHS and Carillion debacles.

Investors Standard Life Aberdeen and Blackrock doubtless already are in the counting house.

Investigations about the misuse of data are looming on Capitol Hill, in the Commons and by the US consumer watchdog the Federal Trade Commission over the relationship with Cambridge Analytica.

Should we be surprised?

Of course not. Facebook and the other Silicon Valley giants have been using algorithms to mine personal data and sell us goods for several years.

Secondary use by political movements has brought the whole scam to the fore.