The need for a clean-up in Britain’s boardrooms has never been more acute. In spite of decades of effort at reform, egregious behaviour is everywhere.

The separation of power between chief executive and chairman did nothing to save Carillion. Chairman Philip Green, a former utility boss, was branded ‘cheerleader-in-chief’ in an excoriating Commons report.

At housebuilder Persimmon, the non-executive chairman and head of the remuneration panel approved the most ludicrous pay deal for chief executive Jeff Fairburn (who still sits in the counting house). The departure of Sir Martin Sorrell of WPP from the advertising giant he founded as a ‘good leaver’ was fraught with difficulties. 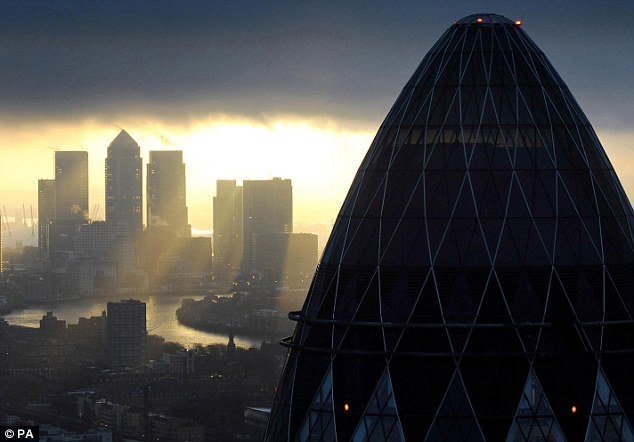 Casting a shadow: Among the reasons that activist investors are having such a field day in Britain is because ‘long’ investors have been supine in forcing change

Virtually nothing has changed. At Southend Airport-owner Stobart, a newly elected director – former boss Andrew Tinkler – was immediately kicked off the board, showing contempt for the shareholders who voted him in.

Among the reasons that activist investors are having such a field day in Britain is because ‘long’ investors have been supine in forcing change.

The enforcer of better standards in British boardrooms, the quasi-government Financial Reporting Council (FRC), today has another crack in addressing shortcomings.

Among the difficulties is the FRC’s own soggy reputation, including its poor record in picking up and punishing the failures of the big four audit firms.

That does not mean that proposed changes to the governance code are invalid. It does show that for too long too many boards and too many big battalion investors have felt that the codes are for other companies – not those with which they are involved. The general principle is that if the share price keeps on rising and the dividend is strong, it is too much of a nuisance to press for change.

The reforms now being proposed by the FRC are worthy. Far too many boards ignore the impact on the workforce of corporate decisions, such as mergers and acquisitions.

The revised code seeks to formalise the rights of employees by establishing either a worker director, a workers advisory panel or giving one of the independent directors the duty to represent employee views.

Similarly, the FRC recognises the dissonance on pay that has grown up between employees and directors. In a decade when the pay of executives soared, the rewards for much of the workforce remained static.

Top bosses in the FTSE 100 earn 120 times the average pay of full-time employees.

Other changes proposed by the FRC include making sure that boards have the right mix of skills and are suitably diverse. They also need to show attention to succession planning.

I do not propose to rerun this paper’s campaign against the Melrose Industries takeover of GKN, one of our historic engineers. But I would point out that for all its money-making talents, Melrose meets virtually none of the governance obligations set out in the FRC code. In spite of all its documented shortcomings, several long-term funds, including Aviva Investors and Legal & General, both of which claim to be holier than thou when it comes to governance, backed Melrose over GKN.

When it comes to making a quick profit, funds will always put performance before governance standards and fat cattery.

Governance is there for a purpose. Such good practice is essential for the hygiene of corporate life and can head-off value-destroying crises such as that at WPP.

Pity then that boards and long-term investors too often pay no more than lip service to better standards of behaviour.