Not so long ago, executives of Britain’s gaming giants feared crossing the Atlantic in case they were nabbed by the Feds when they stepped off the plane.

In spite of playing host to some of the largest casino groups in the world, the US has been strangely coy about sports betting, fearing that in a country susceptible to organised crime it would be an invitation to corrupt the purity of competition.

After all, the money-spinning National Football League practises its own form of socialism by giving the worst teams in the league first dibs on the best young players coming up from college football each year. 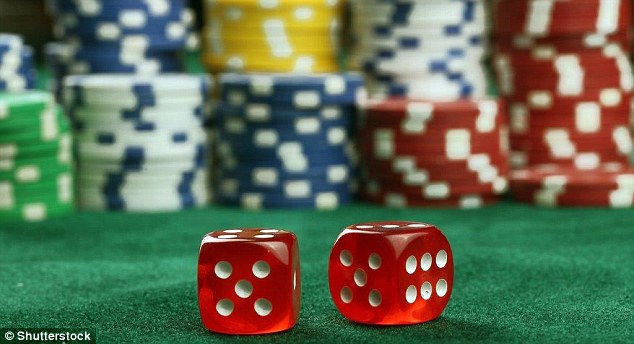 Efforts to prevent betting on US sports, except in certain gambling states, has now been struck down by the US Supreme Court

Efforts to prevent betting on US sports, except in certain gambling states, has now been struck down by the US Supreme Court in a move that will allow sports gaming to spread to at least 32 states.

This would look to be a huge bonanza for Britain’s highly developed bookies, which have been waiting for the opportunity to bring no-holds-barred sports betting to one of the world’s most lucrative markets.

More than £1.5billion was added to the value of the sector, wiping out some of the anxiety hanging over the gaming groups as a result of Government plans to clamp down on so-called crack-cocaine betting machines.

The heavy investment that major firms such as William Hill and Ladbrokes and Coral owner GVC have made in technology and online sports betting looks as if it will pay off. 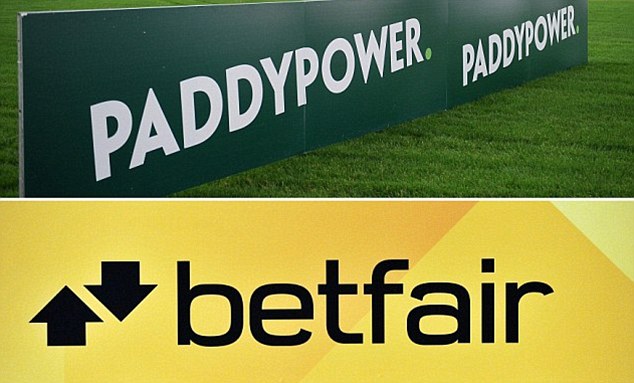 More than £1.5billion was added to the value of the British gambling sector

The big question is whether America’s gaming giants will stand by and let UK upstarts eat their cake.

Las Vegas Sands, with a market value of £57billion combined for its US and China operations, could buy most of the UK sector and have some change. The same could be said for Galaxy, Wynn and several others. The Queen would not be amused.

The WPP board must have hoped that with the exit of Sir Martin Sorrell as chief executive last month a line had been drawn under the probe by Washington lawyers Wilmer Hale. Respected American corporate governance monitors Glass Lewis rightly think investors need to know a great deal more.

The decision to allow Sorrell to depart as a ‘good leaver’ particularly raises hackles and speaks volumes for his own negotiating skills and his employment lawyers Lewis Silkin.

No one should underestimate the financial contribution Sorrell made in turning an obscure industrial company into a global advertising colossus. None of that excludes him, or the company, from proper disclosure of the events surrounding his departure.

Britain’s IWG, which owns Regus and boasts office space in 100 countries, has three bids on the table, including offers from Lone Star, Starwood and TDR Capital, sending is shares soaring

Much is still unknown. Who was the non-executive director who was ‘singing like a canary’ and allegedly betrayed details of the probe?

Even if the allegations against Sorrell turned out to be immaterial, investors who have backed him down the decades deserve to see the findings of an inquiry they effectively paid for.

The handling of the affair hardly represents the best standards of governance. If Sorrell is to be classed as a good leaver, shareholders need to see the evidence.

Blame for a lack of transparency falls on the shoulders of chairman Roberto Quarta, now ‘executive’ chairman. Quarta’s predecessor as chairman, Philip Lauder, is a charming figure but did nothing to constrain Sorrell’s greed, leading to his embarrassing £70million pay packet in 2015.

Quarta also showed little sign of wanting to challenge Sorrell. During one meeting he sought to claim that Sorrell deserved the cash because he was such a fantastic global communicator. That may be true, but it was an observation that suggests Quarta was far from being a tough, independent chairman in the Martin Gilbert, Jan du Plessis or John McFarlane mould.

Glass Lewis recommends that Quarta be turfed out over the lack of succession planning. The real case against Quarta is that he failed to lift the cloud of suspicion of rum doings at the highest level of WPP, and that places Sorrell’s potential successors in an invidious position.

Britain’s IWG, which owns Regus and boasts office space in 100 countries, has three bids on the table, including offers from Lone Star, Starwood and TDR Capital, sending is shares soaring.

British Land is to spend up to £4billion on developing Canada Wharf in an unfashionable bit of east London.