Royal Mail is behaving as if the savage defeat over pay at its annual general meeting is an aberration and it can weather the storm.

But as chairman of the business select committee Rachel Reeves MP makes clear, Royal Mail risks ‘reputational damage’ for the way it rides roughshod over governance.

Instead of an apology and pledge of profound change from chairman Peter Long there is a flaccid promise to engage with investors in the autumn.

A letter by pay chief Orna Ni-Chionna to Reeves is legalistic and defensive with not a word of contrition. 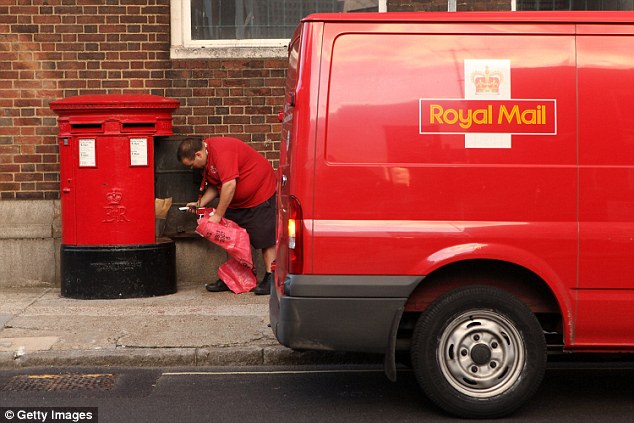 Ni-Chionna says burying the arrangement where new chief executive Rico Back was paid £5.8million for buying out his contract with a subsidiary in financial notes to the accounts was appropriate.

But such inter-company payments always have been frowned upon in the context of public companies when shareholder money is at stake.

Ni-Chionna is unrepentant in spite of an overwhelming rejection of Back’s pay package and a golden handshake for former chief executive Moya Greene.

That she should also be in charge of remuneration at Burberry where pay, bonuses and expenses are famously excessive is inexplicable. Holding down six jobs (many of us have trouble with one) obviously is taking its toll on sound judgement.

As a privatised public utility Royal Mail has an unusually large group of private shareholders and special responsibility to make sure every penny is spent wisely.

It is misleading to argue that Back’s international role makes it sensible to live in Zurich. His laser focus should be on providing a Swiss-style, clockwork collection and delivery service in the UK.

All the hard work of Greene in modernising Royal Mail and creating a more efficient postal service is being lost in a miasma of unthinking behaviour in the boardroom.

Former travel boss Long, Ni-Chionna and the other independents must get a grip fast. That’s what they get paid to do.

While on governance, Royal Mail supplier De La Rue, printer of postage stamps, could do with remedial lessons too.

A praetorian guard of apparatchiks and outside advisers deemed that our assiduous reporter Lucy White was too much of a security risk and refused entry to the Basingstoke annual meeting.

De La Rue believes that because it prints banknotes – but not the new blue British passport – it ranks with GCHQ in the right to lock out media.

The real reason is that it was loath to give publicity to representatives of activist investor Crystal Amber, rightly critical of a tumbling share price, anaemic profits and slow embrace of efficiencies.

Long experience suggests that it is only companies with something to hide which use obscure reasons to allow some light to be shed on their affairs.

Company meetings may technically be for shareholders. But by refusing the media access, De La Rue is depriving investors of data critical to price formation for the shares.

There must be a touch of sadness as the Sky flag is lowered over Isleworth in London. In the next few weeks Europe’s leading satellite broadcaster will fall under the control of media giants Comcast and Disney, depending on who wins the biding war.

What they will gain is technology and a European champion forged largely by the quiet man of broadcasting, Jeremy Darroch, over the last decade.

It also has demonstrated an ability to create quality productions such as the acclaimed Patrick Melrose drama.

As traditional media firms gird their loins to fight disrupters Netflix and Amazon, no one knows where the pieces will fall. History suggests the current £26billion and rising battle for Sky may not be the last word.

A super-Thursday of FTSE 100 results was a big moment for share buybacks with Shell promising up to £19billion and Diageo, riding a pink gin craze, some £2billion.

But most private investors would prefer real money.