The City has been complaining to anyone who would listen that in the obsession with customs posts on the Irish border and fishing, no one in Government has recognised the importance of getting a good deal for financial services.

All that it has been asking for is ‘mutual recognition’ under which the EU would respect British regulation and contracts and vice versa. If disputes did arise they would be settled by an independent tribunal.

The approach was seen as particularly attractive in that the UK – as Europe’s most important financial centre – has established most of the standards. 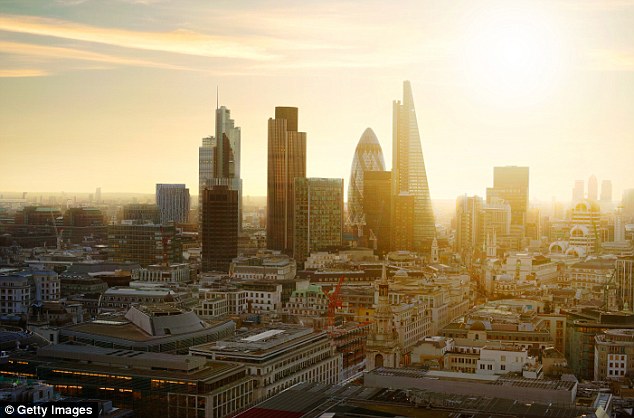 The Brexit White Paper decision to opt for the far less favourable approach of ‘equivalence’ has many representative groups spitting tacks. The insurers rightly say they are ‘too important to be rule takers’.

The City UK says that it is appalling that mutual recognition has been abandoned in the face of political objections when the technical case is overwhelming.

The governor of the Bank of England Mark Carney is among those who is understood to have forcibly made the mutual recognition case pointing to the value added to the economy of the City with its annual trade surplus of almost £80billion and its job count of up to a million people.

Wherever one stands on the great Brexit debate it can only be an act of gross negligence to relegate financial services to back of the queue. Mrs May as a former Bank of England official should know better.

She is playing with fire.

The blistering auction for Sky has reached fantasy levels worthy of Game of Thrones.

Rupert Murdoch’s former son-in-law Crispin Odey is so overexcited that he thinks the latest bid by Brian Roberts of Comcast of £14.75 per share isn’t enough and there might be more to come.

Certainly, the value of Sky is now being recognised by the UK stock market, which has a record of undervaluing shares, making it open season for overseas marauders.

The attraction is that Sky is a technology savvy broadcaster with the greatest pay-television reach in Europe. It has a strong grip in the UK and Ireland, Italy, Germany and Austria.

The current tit-for-tat bidding cannot continue without the would-be buyers being accused of recklessness with minority shareholders’ money.

After 18 months of regulatory scrutiny and compromise, including a pledge to hive off Sky News, the Murdoch family finally has the clearances that held it up for so long.

The Government has done the family a huge favour as the value of its 39.1 per cent stake has been propelled into the stratosphere.

There must be room for a trade-off between the protagonists. Ostensibly Comcast is also a bidder for the whole of 21st Century Fox as well as Sky. But buying both would mean taking on a huge debt burden.

Murdoch and Disney could forgo ownership of Sky and allow Comcast its foothold in Europe while Disney gets its free run at Fox assets less Fox News.

A consequence of the battle between Comcast and Disney is that it raises the bar for all media assets.

Those who questioned whether telecoms group AT&T has overpaid by spending £63billion or so on Time Warner may think the telecoms firm has snagged a bargain. Indeed, it might be time to start thinking about the potential value in ITV as a production house.

Even BT’s adventures in sports and movie broadcasting potentially could look good value.

Comcast has unleashed a missile which blows up historic valuations.

When Unilever came under siege from Kraft Heinz last year, investors kept their faith with the £123billion Anglo-Dutch giant.

What no one anticipated was, as a consequence of this, Unilever’s chief executive Paul Polman would shift the group’s share listing to Rotterdam.

When Shell sought to simplify its ownership structure it was careful to keep its London listing, recognising the depth of the UK markets.

An increasing number of Unilever investors are threatening to rebel against the shift fearing an adverse impact on their funds and tax disadvantages.

Unilever should consider a tactical retreat otherwise it may face an embarrassment when UK investors get their chance to vote down the proposal later this year.