ALEX BRUMMER: Why we will all pay the price for Mark Carney’s loose talk

After more than five years as governor of the Bank of England, you might have thought Mark Carney would have learned the danger of freewheeling in media interviews.

Instead of reassuring the nation and the financial markets of the safety of the banking system when we leave the European Union, Carney’s Radio 4 remarks sent the pound tumbling on the foreign exchanges.

This was less than 24 hours after Carney and his colleagues on the nine-person interest rate setting Monetary Policy Committee sought to steady the ship with a quarter of a percentage point rate rise, to 0.75pc.

Carney’s admission under questioning that the possibility of no-deal Brexit was ‘uncomfortably high’ was interpreted as a warning of potential chaos. 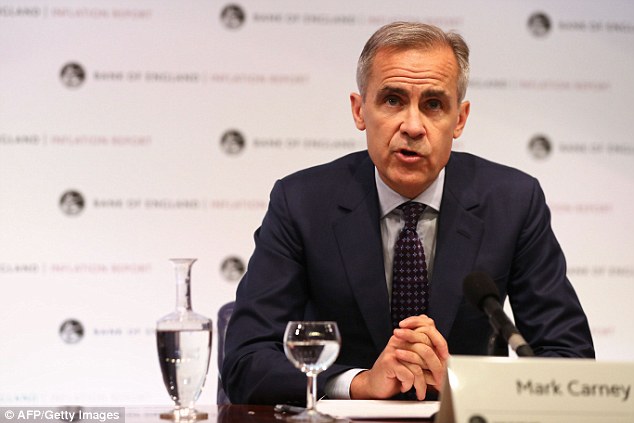 The governor followed up with reassurances about the safety of Britain’s financial system, the ability of the banks to cope and the economy to bounce back after a period of disruption. But the currency markets, where the pound is traded, see every comment made by central bankers as a buying or selling and profit-making opportunity.

That is why policymakers generally avoid making market-sensitive comments.

The Canadian-born governor with an Oxford PhD in economics has never been shy about entering the political debate.

Before the Scottish referendum in 2014 Carney warned Edinburgh of the impossibility of using the pound as a currency outside the United Kingdom.

And during the EU referendum campaign in 2016, he was accused of siding with the Remain camp and former Chancellor George Osborne’s Project Fear when he warned that a vote to leave the EU could push Britain into a ‘technical recession’ (two quarters of negative growth in output) and higher unemployment.

The problem with live interviews, as opposed to the controlled conditions of speeches and press conferences at the Bank of England itself, is that responses are largely unscripted and can be misinterpreted. Many will see Carney’s comments as a blunder undoing much of the good preparatory work which the Bank has been engaged in for months.

Indeed, there was a clue to this in Carney’s remarks when he acknowledged that most of the legal work on Britain’s side has been done on an orderly Brexit for the financial system – and that it was the ‘EU government’ holding things up.

Behind the scenes, Carney has been deeply frustrated by the way the Government has gone about the Brexit talks, allowing itself to be backed into a corner on the Northern Ireland border issue and on physical trade between Britain and Europe when the UK’s most valuable asset is its world leadership in financial services.

Earlier this week the City trade group UK Finance reported that the surplus (the amount by which exports exceed imports) on financial services hit a record £59.6billion in 2017. Moreover, as the governor mentioned in his radio interview, Britain is becoming a global leader in financial technology. It attracted more inward investment into this fast-growing area in the first half of the year than any of the other Group of Seven richest nations. 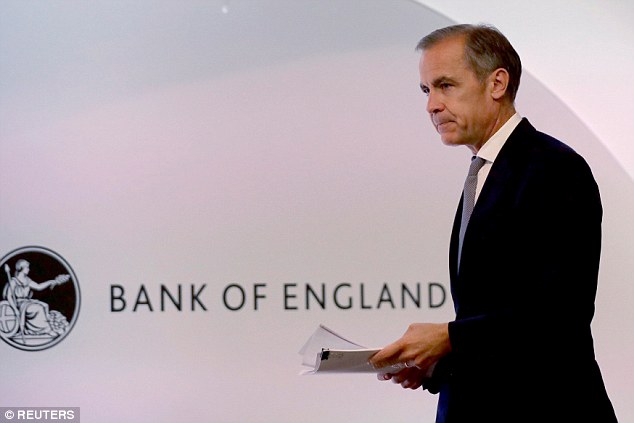 It is my understanding that the Bank has sent the Treasury a lengthy dossier on the importance of the City in a post-Brexit world, and has been frustrated by the lack of urgency even though it is so important to prosperity and livelihoods of every citizen.

By casting out negative vibrations about the dangers of a disruptive exit for the banking system and the wider economy Carney is seeking to chivvy Chancellor Philip Hammond and the Government into being more decisive on a deal for the City.

What I found most alarming about the governor’s interview was his tendency to talk Britain down rather than seeing the positive side of what is going on the economy. He sounded almost gleeful when reporting the UK was the slowest growing economy among the G7 post the Brexit vote, which is not strictly true. The most recent forecasts from the International Monetary Fund suggest that output in Italy and Japan is behind the UK.

Moreover, unlike Britain most of the eurozone is only now bouncing back from the 2010 meltdown in Greece and the euro.

Much of the recent data about the economy including just published service figures suggests that it picked up momentum in recent months and this has been confirmed by the creation of new jobs.

If Mark Carney had expressed confidence in the UK’s prospects rather than emphasizing the negative the pound might have risen on the currency markets. The governor’s gift to holidaymakers heading overseas this summer is that the pound in their bank accounts and on their credit cards will not stretch as far.

He might have been better to have kept quiet and conducted his campaign for a Brexit deal on financial services in a more elegant way.