All your questions about smart meters answered

Whose idea was the smart meter roll-out?

About ten years ago the EU said that by 2020, eight in ten homes should have smart meters. Not to be outdone, the UK Government followed with its plan for the devices to be compulsory by the same date.

But it backtracked in 2012, after a backlash. Now every home must at least be offered a smart meter – but you can refuse. Responsibility for the roll-out falls to energy firms, who face big fines if the deadline is missed. 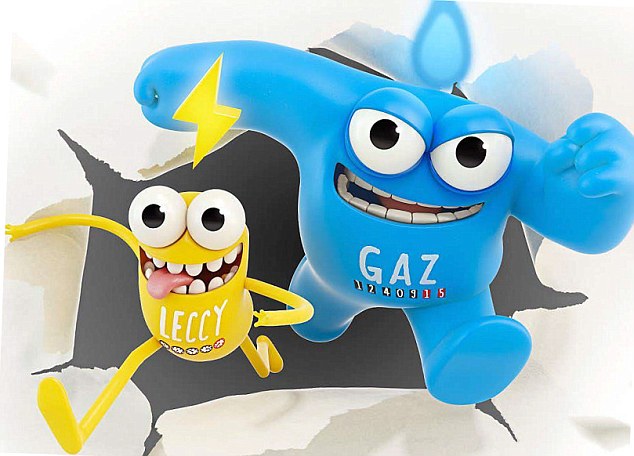 About ten years ago the EU said that by 2020, eight in ten homes should have smart meters. Not to be outdone, the UK Government followed with its plan for the devices to be compulsory by the same date. But it backtracked in 2012, after a backlash

What will it know about me?

The only information smart meters store is how much energy is used. Your supplier will, of course, know more about you such as your name, address and, if you pay by direct debit, bank details. But this is stored on your provider’s computer system, which no one should be able to access through your meter.

Your usage figures, meanwhile, are encrypted and transmitted from the meter to your supplier via a dedicated secure national network, called the DCC.

This is aimed at preventing criminals from intercepting the numbers to work out when you are typically out of the house. Most meters send a usage figure to suppliers once a month, but you can choose to send readings as often as every half hour.

Can I get one if I have solar panels?

Currently, only three of the Big Six suppliers – British Gas, EDF Energy and Scottish Power – and some smaller firms offer smart meters to customers with solar panels. Experts say this is because of the complex way firms reimburse households for the electricity they generate.

Suppliers assume customers use half the power they generate and feed the other half into the National Grid, for which they are paid. But smart meter technology means that firms should be able to measure exactly how much electricity you are giving back and pay you accordingly. 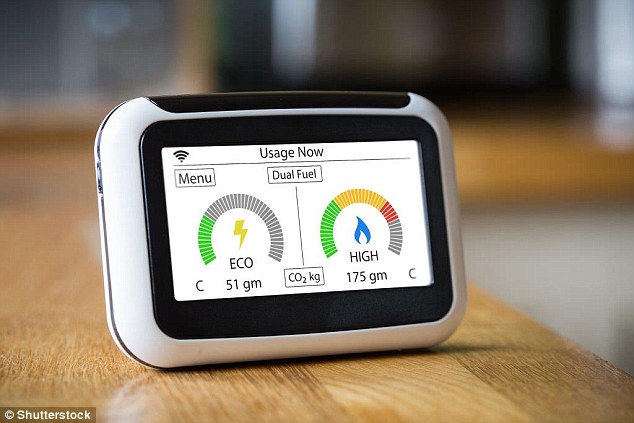 The only information smart meters store is how much energy is used. Your supplier will, of course, know more about you such as your name and address

So far, only a few firms, such as EDF Energy, do this. The rest still assume that households give back only 50per cent of the power they generate and pay them just for this. For now, you cannot see how much electricity you have generated on the display screen – only how much energy you are buying.

What on earth is a SMETS1?

This is jargon for the original model of smart meter, and about ten million have been installed. There is a newer version called SMETS2, but only a small number have been dished out so far.

Why should you care? The old model often stops working or ‘goes dumb’ after you switch supplier. This means that while they can measure how much energy you are using, you will have to go back to submitting readings yourself and won’t be able to view your power usage on the display screen.

The problem is that providers are using different technology which isn’t all compatible. Money Mail has discovered that there are 25 suppliers using one type of platform, eight on another and four signed up to a third.

If you happen to switch to another supplier using the same platform, your smart meter should keep working as normal. But if they are on a different system, it will go dumb or you will need a new smart meter installed – though there should be no charge.

The plan is for suppliers to begin installing the newer model – SMETS2 – as these use the same platform, which means the meters will work with any supplier. But this may not happen until the end of 2018. For those already on a SMETS1 meter, the Government is working on a system upgrade which it says can be carried out remotely.

Can I get a smart meter if I rent?

If you pay the gas and electricity bills, you can ask your supplier to install a smart meter in your home – even if you rent and only plan to stay for a short period. However, you should inform your landlord before doing this. If the landlord says they would like you to get a new meter and you don’t want to, you can refuse.

Will I get a cheaper tariff?

Some suppliers have launched so-called time-of-day tariffs that reward customers for using power at off-peak times. Green Energy UK, for example, has a tariff where customers pay five times more for electricity used in the early evening than for power that is used overnight.

British Gas previously had a deal where customers were given free energy on Saturdays or Sundays. Experts say that more are likely to follow. There are also smart meter-only deals that offer a discount to customers who do not yet have a new meter but are willing to have one installed.

Why do I still get estimated bills?

It may be that your meter isn’t working properly, which is preventing accurate monthly readings reaching your supplier. It could also be because you pay by monthly direct debit.

In that case, instead of you paying for the power you use each month, your supplier estimates how much you will use over a year and splits this into 12 equal amounts – so you pay more in summer when the heating is off, but you’re not hit with big winter bills.

If you have a smart meter, your supplier will periodically check your exact usage to ensure your monthly bills are in line with what it expects – in the same way it does with manual readings.