Am I getting enough state pension? Retiree was underpaid £3,800 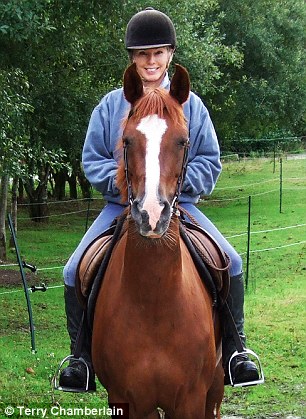 Gillian Chamberlain: The retired riding school owner, pictured in 2009 on her horse Indigo

A 68-year-old retiree who was underpaid £3,765 of state pension payments over eight years due to a Government bungle has finally won her money.

The case throws doubt on the accuracy of state pension calculations, which millions of people rely on when planning their retirement finances and living on this income throughout old age.

Only the persistence of Gillian Chamberlain, a retired riding school owner from Somerset, and her eagle-eyed accountant who spotted something was wrong, eventually got the error corrected.

But the Government will not say whether it will give Mrs Chamberlain interest on her unpaid state pension or compensation to make up for the loss of her money.

Steve Webb, who received a question from Mrs Chamberlain about her case to his This is Money column, said he was concerned the DWP didn’t appear to have rigorously investigated what went wrong in her case.

Mrs Chamberlain has received a lump sum payout, but this is now worth less than it would have been earlier due to inflation over the past eight years.

She says she kept telling the Government that the years she spent claiming child benefit had been wrongly omitted from her National Insurance record.

The Department of Work and Pension believes Mrs Chamberlain’s case is an isolated one, and that there is no evidence to suggest that anyone else has been affected.

But it has not responded to This is Money’s questions about how the error came about, or what checks are being made to ensure other records of people in similar situations are correct.

A Government spokesperson said: ‘Having been made aware of changes to the individual’s National Insurance contribution record, we have adjusted and backdated payments. We apologise for the inconvenience caused and the correct amount is now being paid.’ 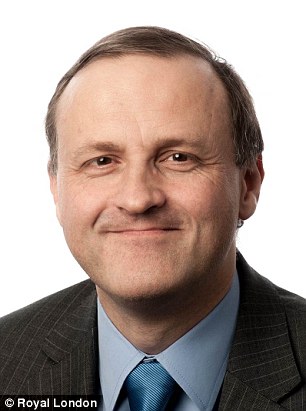 Mrs Chamberlain, who has two children with husband Terry, claims she ‘probed and probed’ in at least half a dozen calls to the Department for Work and Pensions and HMRC since 2010.

She did so at the prompting of her accountant, who warned her something didn’t seem right about the size of her state pension.

After a call to HMRC earlier this year, Mrs Chamberlain discovered she had not been allocated Home Responsibilities Protection – the forerunner of National Insurance credits for parents and carers – for 16 qualifying years from 1978 to 1994 when she was receiving child benefit.

‘It’s pure chance I got through to someone nice who looked into it for me,’ she said, praising the member of HMRC staff who investigated the details of her case on that occasion.

While Mrs Chamberlain is glad the Government has now corrected its longstanding mistake, she plans to write to the DWP making a formal request for interest on her underpaid state pension.

Sir Steve Webb added: ‘It’s absolutely right that Mrs Chamberlain has not only had her pension corrected but has a backdated lump sum. She should never have had to fight so hard for what was rightfully hers.’

In January, This is Money covered a case where a state pension forecast issued by the DWP turned out to be wrong.

David Deabill was on the verge of buying top-ups to boost his future payouts from £128 to £146 a week when told his forecast was incorrect, and that he must wait for a manual calculation that would take five to six weeks.

The DWP said at the time its forecasts are based on information held at the time of request, and are not a guarantee.

A massive clean-up of old pension data has been underway for years – a process initially estimated to involve 1.5million workers and 3,000 schemes – and is not due to be concluded until nearly the end of this year.

Many people have also questioned their state pension after discovering they will get less than they thought under rules applying from April 2016 onwards, even when they have more than the 35 qualifying years of National Insurance contributions to get full payouts of £164.35 a week.

This is because they contracted out of additional and second state pension top-ups during their working life, or their employers did so on their behalf.

Individual deductions are made from state pensions, based on the extra funds the Government assumes people built up with the money they saved into other work and private pensions while contracted out.

This is Money investigated the complicated maths and decades-old actuary forecasts behind these assumptions here, while Steve Webb answered a reader question about the calculations here.