Remington Outdoor, which is the second-biggest gun manufacturer in the US, collapsed after struggling to meet requirements from its lenders amid a dramatic decline in sales, according to US court papers.

Sales are said to have slumped since the run-up to the 2016 election, when many Americans were stockpiling firearms in fear of a clampdown on gun control under a Hillary Clinton presidency. 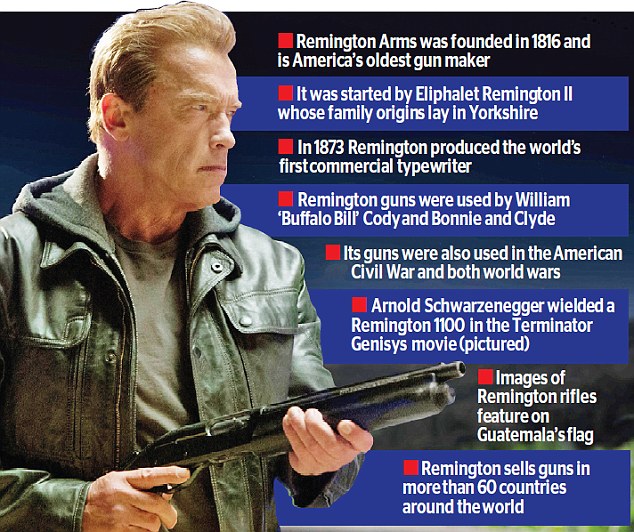 Since President Trump took office, gun owners are said to be buying fewer weapons as they do not fear a radical change in policy under a Republican commander-in-chief.

The Chapter 11 bankruptcy process will allow Remington to carry on trading while it pays its debts.

Its controlling company, private equity group Cerberus Capital Management, will lose ownership as a result of the bankruptcy.

The filing comes amid widespread protests across the US demanding greater gun control after 17 were shot dead at a Florida school last month.