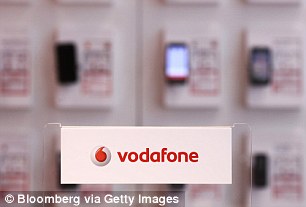 Hours after the British firm confirmed a £16billion deal, Deutsche Telekom boss Tim Hoettges, 55, told analysts he saw ‘no reason’ why it should be approved – the latest salvo in a war of words with Vodafone boss Vittorio Colao, after talks were revealed in February.

Deutsche, 32per cent-owned by the German government, is battling the British company for dominance in the broadband, mobile and pay-TV markets.

Colao said a deal would cement Vodafone as a champion of competition. It is expected to be vetted by regulators.