Annual profits at Next slump by 8.1 per cent

Annual profits at clothing retailer Next have slumped by 8.1 per cent, despite online revenue growing by 9.2 per cent.

The high street chain blamed ‘product ranging errors and omissions’ and a difficult market for a fall in annual pre-tax profits to £726.1 million. Total sales also fell to by 0.5 per cent to £4.1 billion.

Despite the second consecutive year of falling profits the retailer’s shares were up by 2.95 per cent during morning trading to 136.5p. 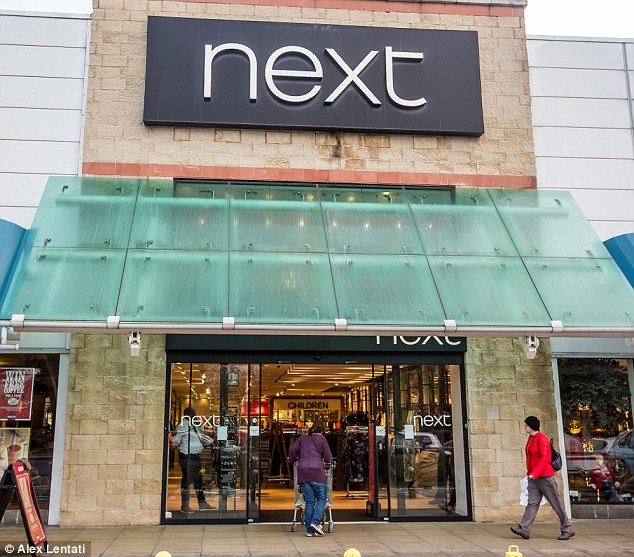 Next blamed ‘product ranging errors and omissions’ for the fall in annual profits to £726.1 m

Chief executive Lord Simon Wolfson commenting on Next’s performance said: ‘In many ways 2017 was the most challenging year we have faced for 25 years.

The retail boss added: ‘At the same time, the business has had to manage the costs, systems requirements and opportunities of an accelerating structural shift in spending from retail stores to online.’

Consumers and businesses have been hit by rising inflation recently, but Next said it expects some relief towards the end of the year as it eases.

Richard Hunter, head of markets at online trading and investment platform Interactive Investor, believes Next has grounds for optimism despite the falling numbers.

He said: ‘Next has listed a whole host of potential improvements to its offering, from an attack on costs, a redesign of its distribution, through to concession expansion and even the particular detail of personalising certain products.’

Next’s figures come at a time of growing concern for brick-and-mortar retailers.

As well as the administrations of Toys R Us and Maplin, Debenhams, Mothercare and Carpetright have all issued profit warnings this year.