Are robots coming for your job next? Oxford researchers say they have already stolen 66,000

Robots have already stolen more than 60,000 jobs in Britain as the march of the machines continues, a study claims.

Oxford University researchers suggest that every robot introduced at a factory covers 3.6 roles – meaning the 18,500 powered up so far have replaced 66,000 positions. 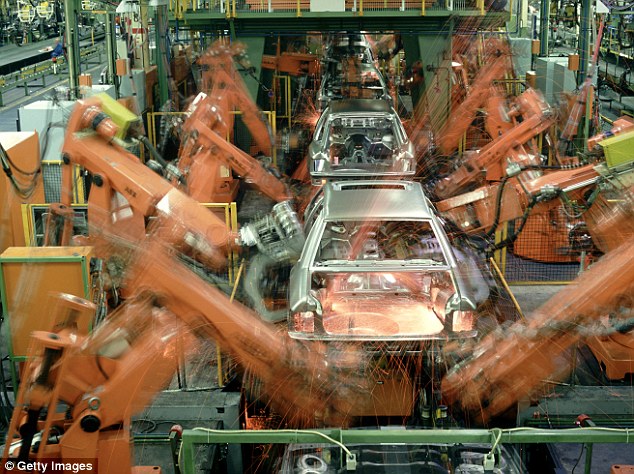 Carl Frey, the report’s co-author, said: ‘Robots, just like technologies of the past, serve to boost productivity growth, but they do not create jobs, so far.’

He added that the effect of robots on employment is different to computers, which increase demand for highly skilled staff such as software developers.

Frey’s work has previously been used by the Bank of England to suggest 15m jobs could be lost to robots over the next 20 years.