An artist’s dream inspiration! Home of Impressionist painter Lucien Pissarro goes on sale for £2.95m – complete with a studio and blue plaque

Being the proud owner of a property with a blue plaque is the one of the ultimate status symbols for any homeowner – and an opportunity has arisen to buy a Grade II listed version in West London.

The blue plaque on the outside of this Georgian house in the London borough of Hammersmith and Fulham reveals that the impressionist painter Lucien Pissarro lived at the property from 1863 to 1944.

An artist’s studio still exists at the property – albeit it is a modern 28ft version in a detached purpose-built building in the grounds. 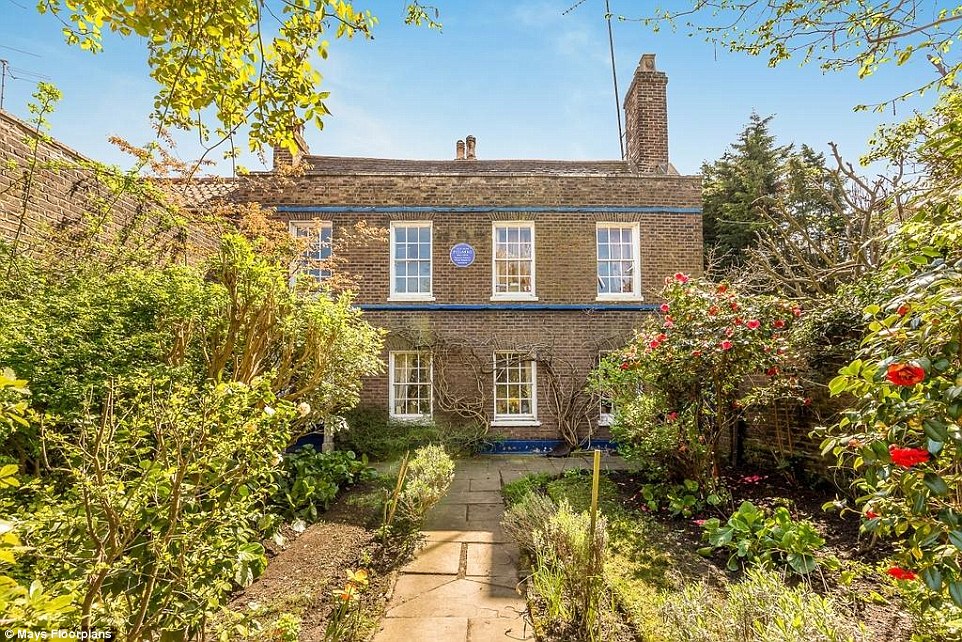 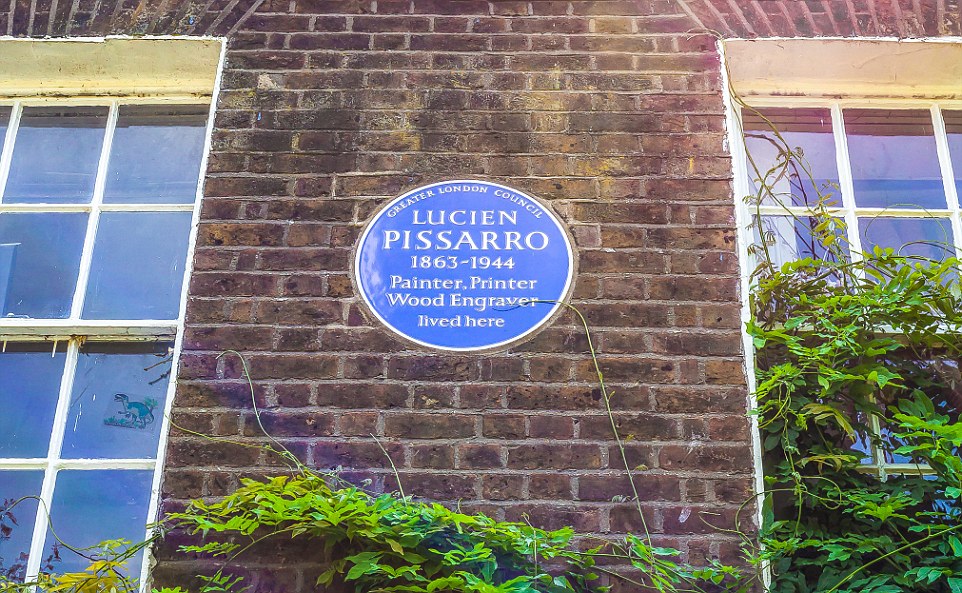 The house is called The Brook and was built in around 1760 as a farmhouse, with Lucien Pissarro and his daughter Orovida both living there.

It is spread across two floors with a 21ft living room and five double bedrooms, but needs some updating.

It includes off-street parking, along with a separate summer house in the south-facing garden. 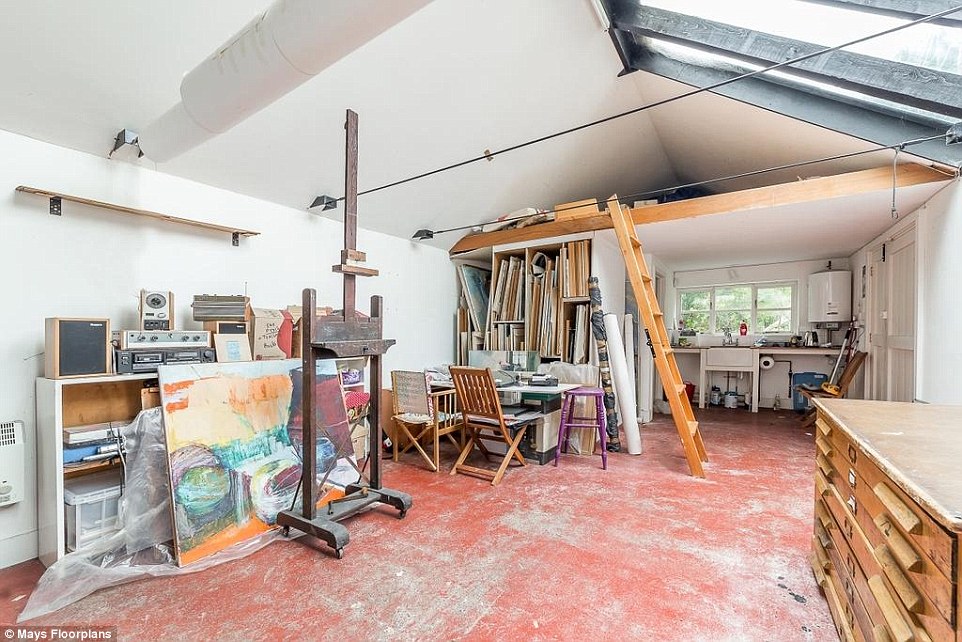 There is a 28ft artist’s studio at the property, in a detached purpose building 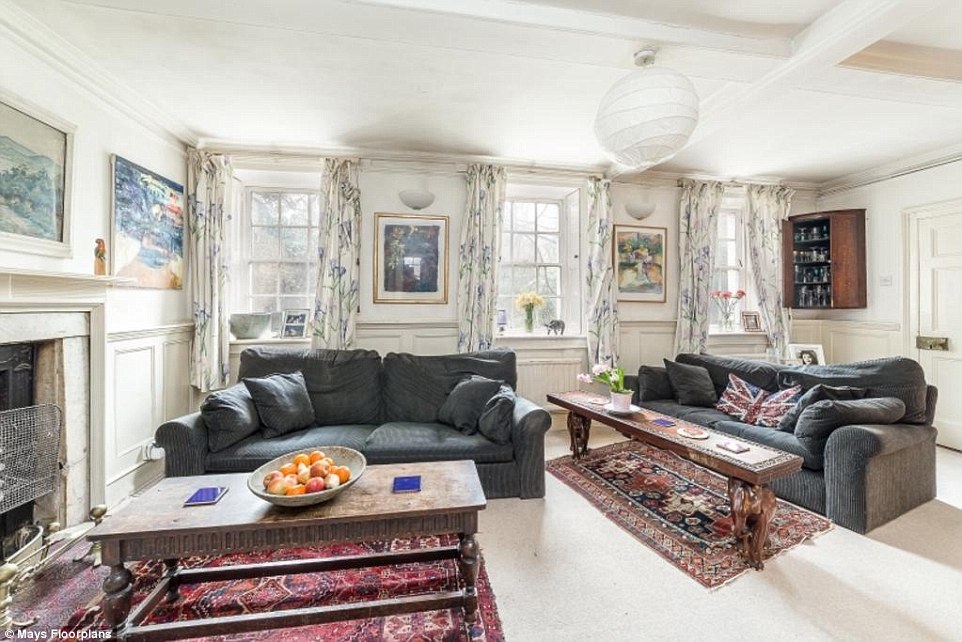 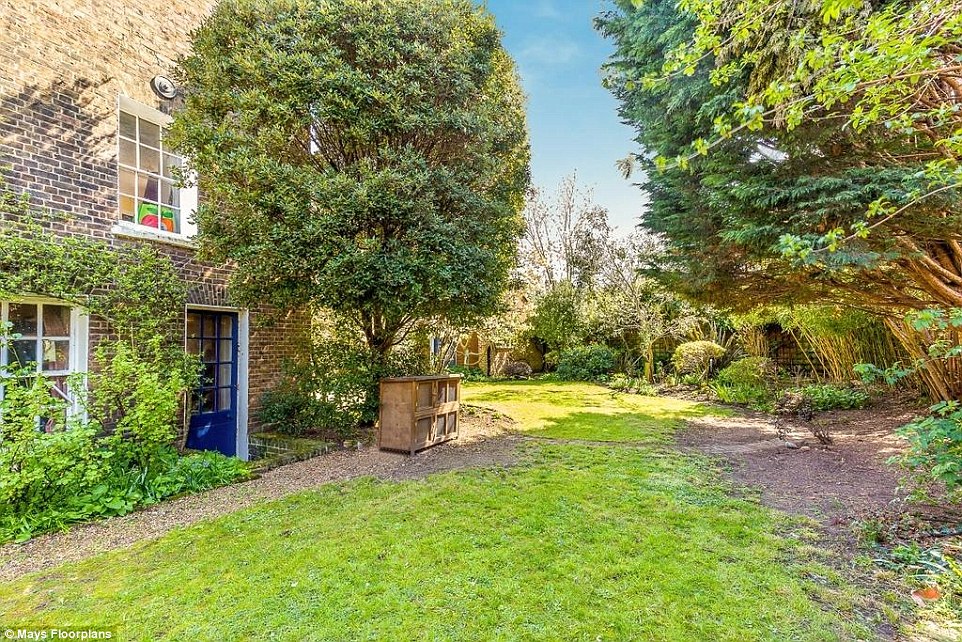 The Georgian Grade II listed property is on the market for £2.95million

The sale of the property is being handled by estate agents Finlay Brewer and it has a price tag of £2.95million.

Teresa Brewer, partner at Finlay Brewer, said: ‘Houses like this are not only rare to the market, but also hard to find anywhere else in London.

‘You would expect to find a home of this style in the middle of the countryside, rather than in West London. For The Brook to have retained its original look and feel makes it a real gem.’

She added: ‘This home is perfect for those that err away from the modern look and style and want to obtain the almost impossible dream of traditional English country house in the heart of the city.

‘When sitting in the garden you wouldn’t know you’re so close to the centre of London.’ 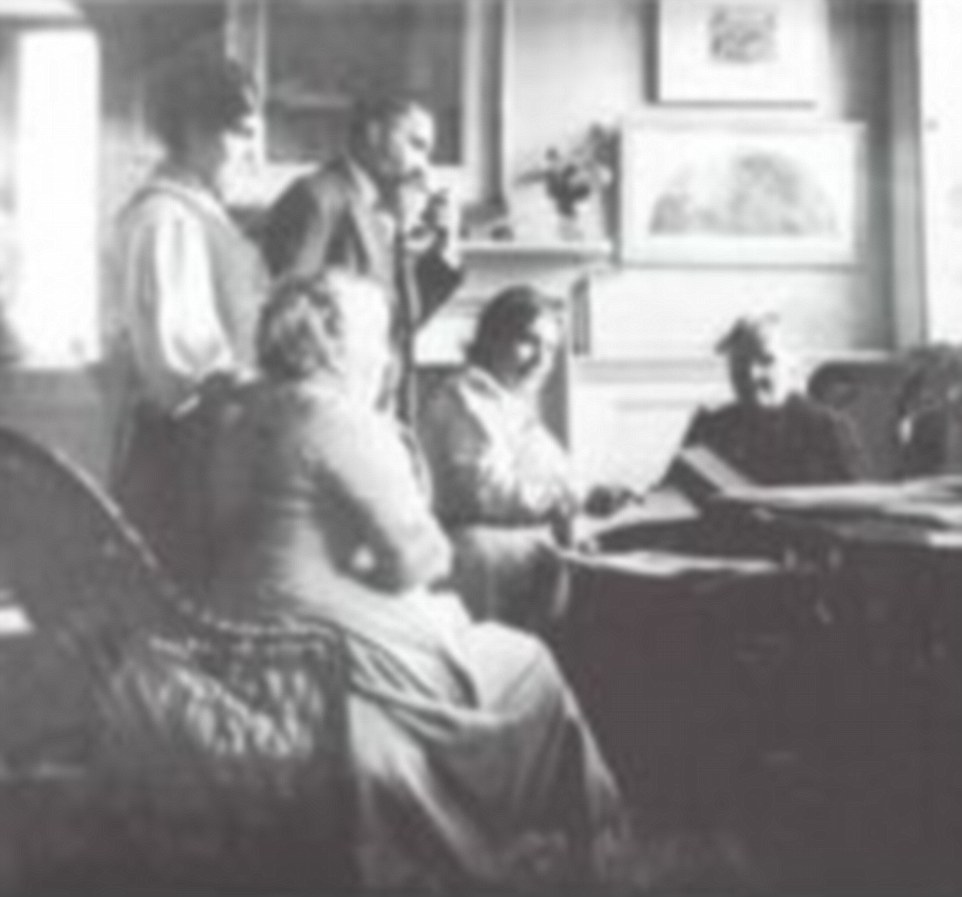 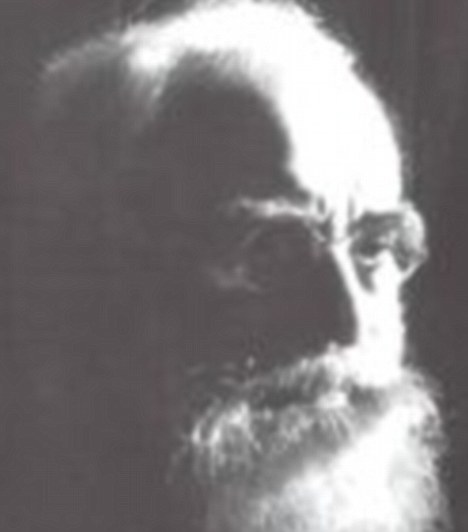 Lucien was an impressionist painter

London’s blue plaques link the people of the past with the buildings of the present. It’s a scheme now run by English Heritage and was started in 1866.

There are more than 900 plaques across the capital honouring the notable men and women who lived or worked in them.

Lucien was a painter, printmaker, wood engraver and book printer.

Until 1890, he worked in France, and then after that he was based in Britain.

From 1913 to 1919, he painted landscapes of Dorset, Westmorland, Devon, Essex, Surry and Sussex.

From 1922 to 1937, he painted regularly in the south of France, with some painting expeditions to Derbyshire, south Wales and Essex. 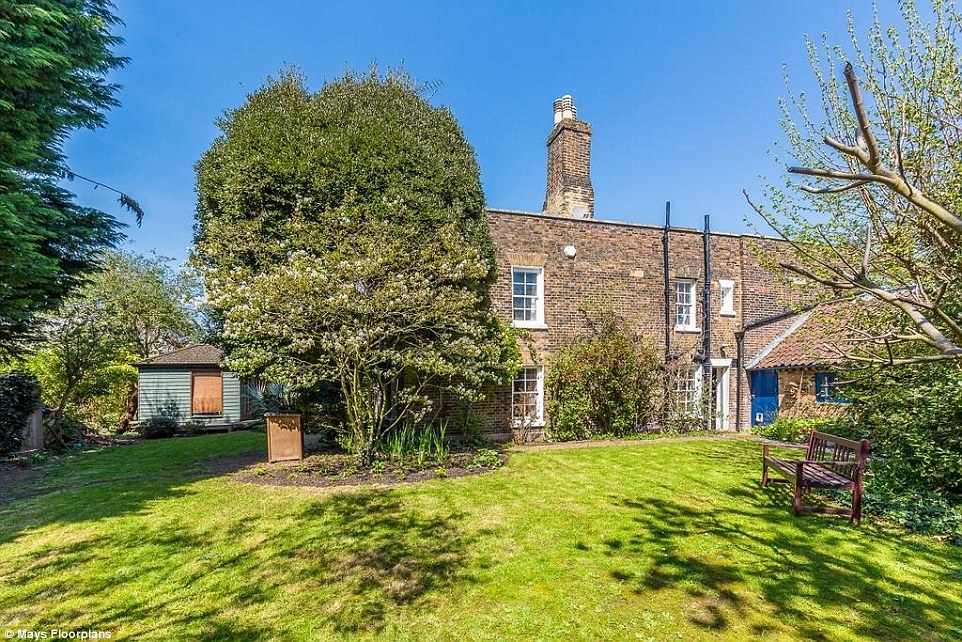 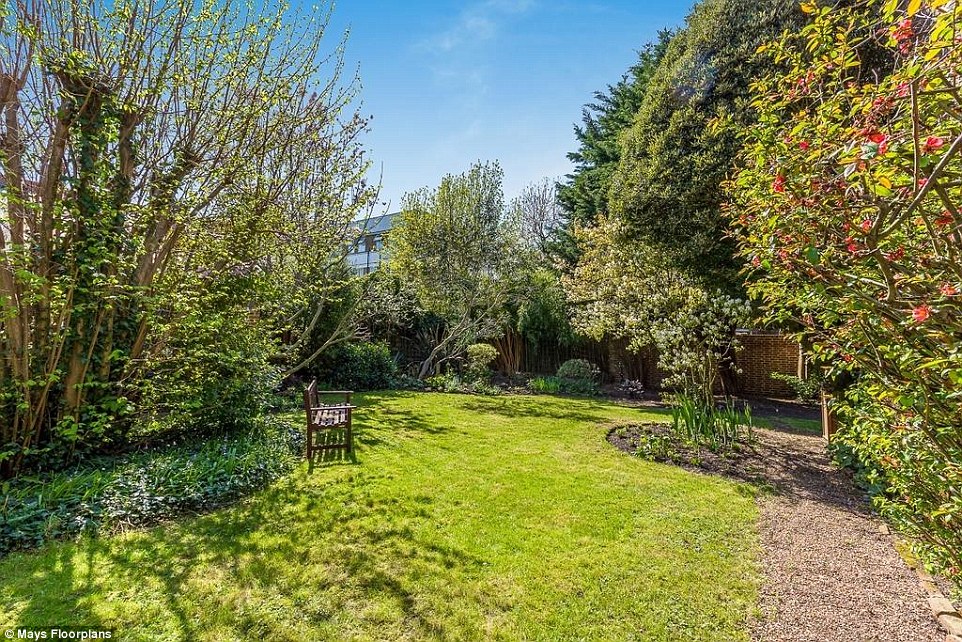 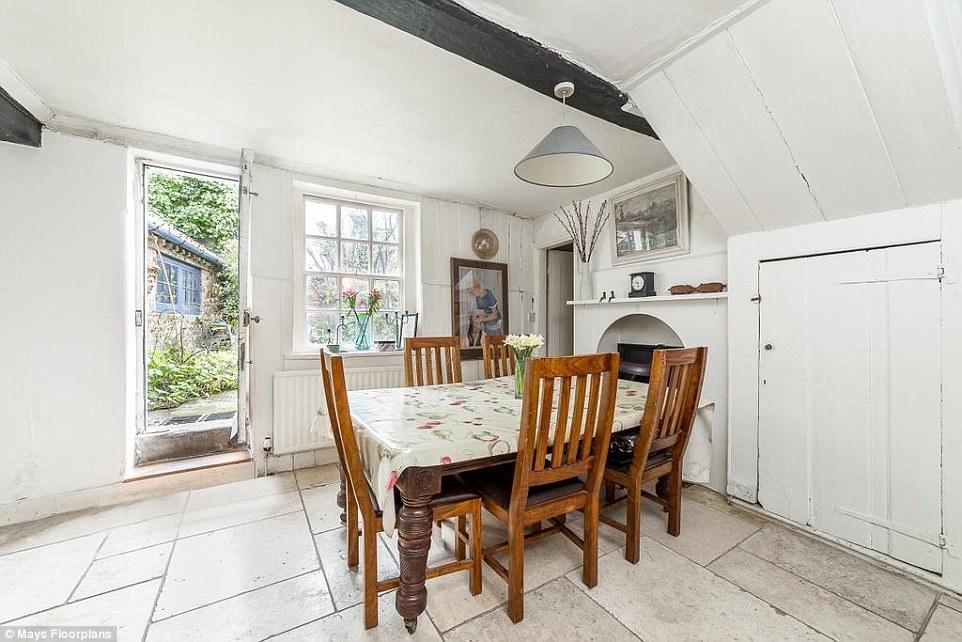 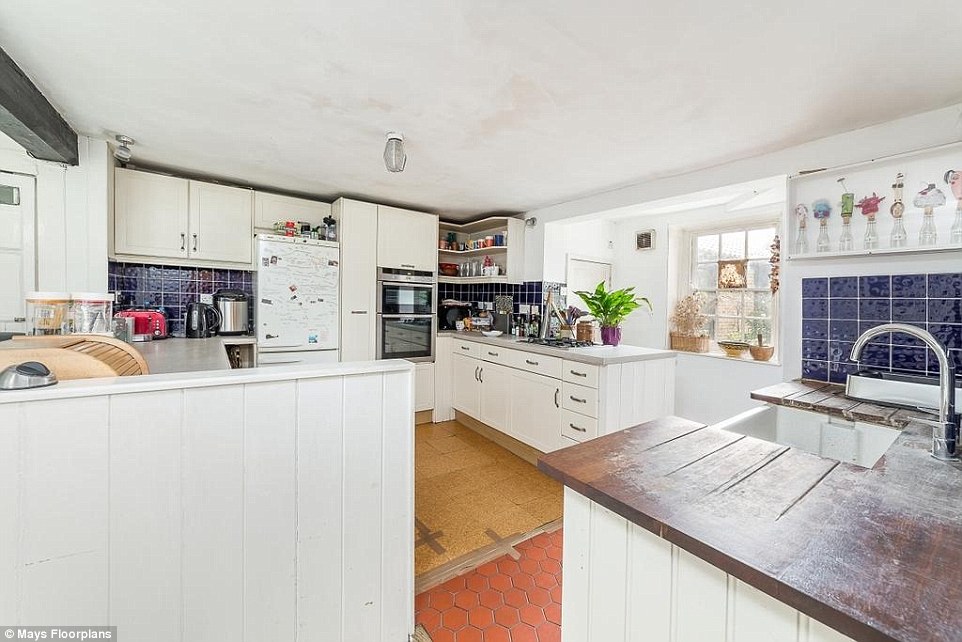 Some updating is required at the property, including in the kitchen 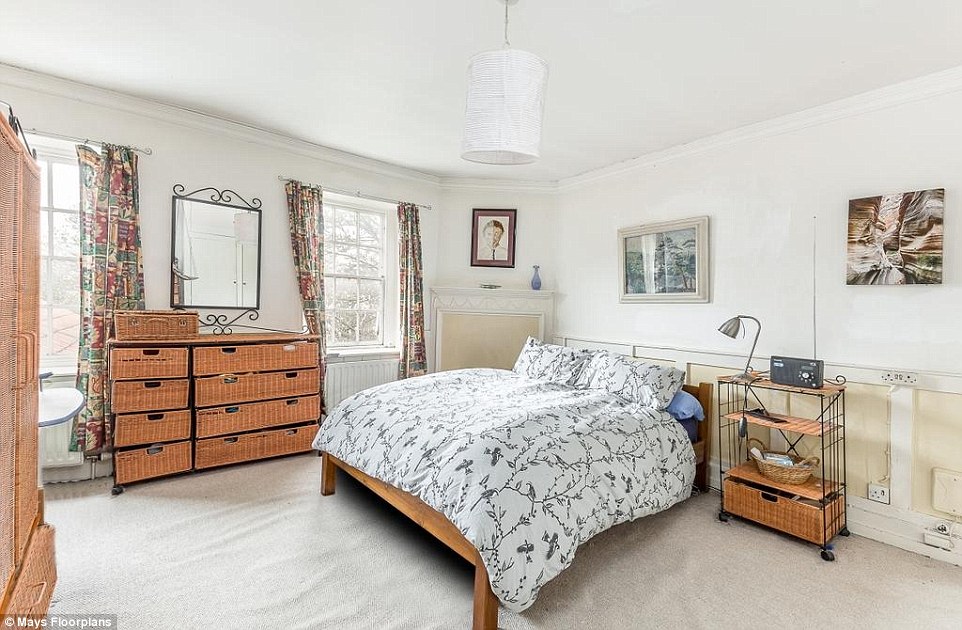