As temperatures rise, we look at alfresco sleeping options adopted in the past

What summer nights! I don’t mean the romance of them, or balmy evenings that have transformed Margate into Monaco. I’m talking about sleep.

Right now, I swelter under the bed clothes, gasping for every breeze that finds its way into my baking bedroom.

I awake with a start, feverish and unrefreshed. There has to be something better than this, and the good news, there is — the sleeping balcony. 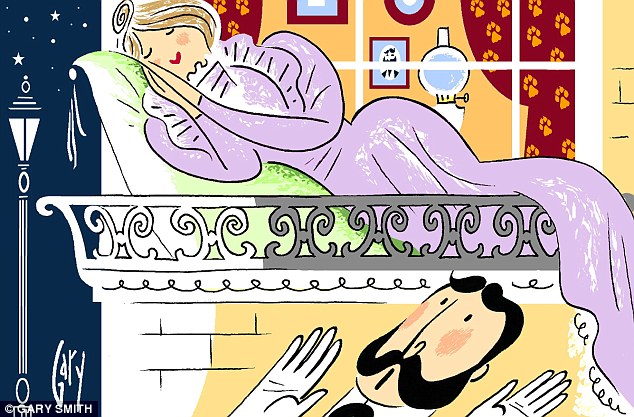 Sleeping balcony: There was a vogue for alfresco sleeping during the Edwardian period

Cooling air on the skin. Sleep as nature intended, as though you were under the big skies of the Serengeti. Why hasn’t anyone thought of it before?

Well, they have. There was a vogue for alfresco sleeping during the Edwardian period. They, too, were living at a time of high temperatures: 1911 saw one of the hottest summers on record, and 1914, on the eve of World War I, would be remembered for its golden afternoons.

They devised sun-trap or ‘butterfly’ plans that brought as much sunshine into the house as possible. They threw open the bedroom windows — and a small, but growing, number of people chose not to sleep in a bedroom at all.

The ascetic Lord Leverhulme, who slept the year round under a lean-to awning on the roof of his house, Thornton Manor in Cheshire, sometimes woke up with snowflakes drifting across his counterpane.

Sleeping sheds provided an alternative. According to a writer for Country Life in 1910, they had become a conspicuous feature, representing ‘the climax of a grand revolt against the confined and air-proof bedrooms of a former age.’

Much more convenient was a verandah on the bedroom floor, such as those at Rodmarton Manor in Gloucestershire.

There, like Lord Leverhulme, the Irish patriot Sir Horace Plunkett (according to the wife of an Irish peer, Lady Fingall) ‘had his own shelter on the roof, with a bed in it, where he slept, summer or winter’— but with the additional refinement of ‘some mechanical device’ by which ‘he could turn from his bed towards the sun and against the wind’.

Edwin Lutyens often designed sleeping balconies for his clients. They were part of a new attitude that was blurring the distinction between interior space and the outdoors.

Loggias allowed meals to be served and books read in a halfway area, exposed to the air, but with shelter in case of rain.

Under the hand of Gertrude Jekyll and others, Edwardian gardens became a sequence of room-like enclosures, defined by yew hedging. Before air con, Americans had sleeping porches — Eleanor Roosevelt created one at her house Val-Kill, at Hyde Park on the Hudson River, New York. Such rooms were enclosed with bug-proof screens.

Sleep under the stars for £150 at Sky Den tree house, Northumberland — its roof opens fully

Sleeping under the stars, though in a comfortable bed, is now offered by experience-orientated hotels; they are to be found in Utah, Kenya, Mozambique, South Africa, even Switzerland. And after this summer, maybe the UK?

The idea could be revived at home. Many outdoor spaces would do, as long as they were big enough to take a bed, mattress or lilo.

Keep out of range of foxes, I would suggest — that probably eliminates the garden.

In cities, balconies attached to flats might need some form of screen to provide privacy —although come to think of it, an interior designer friend has an out-of-doors shower on the roof of his pad in Clapham, South-West London. (What can the neighbours think?)

Old photographs from the Twenties show another solution. A house called Encombe, designed by ultra smart architect and decorator Basil Ionides — he worked at Claridge’s and the Savoy — had removable window frames so that both bedrooms and bathroom could be opened to the elements as required.

That was on the Kent coast at Sandgate — and the lady of the house, Maya Philipson, was Hungarian. But it was remembered as a paradise of ilex trees and enchantment by those who knew it.

I bet people slept soundly there.

On the market… with airy balconies 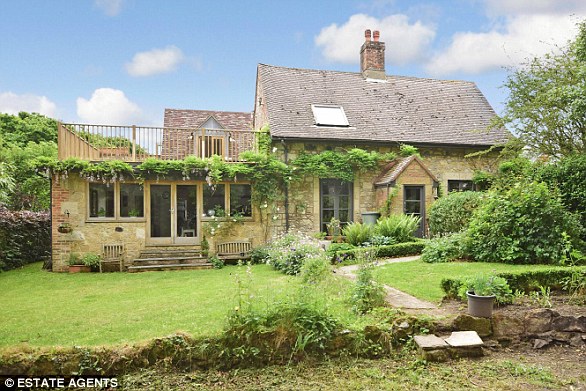 ISLE OF WIGHT: In Shanklin Old Village, this four-bedroom, detached stone cottage with a wood-burning stove in the hall, also has a large balcony overlooking the secluded rear garden and countryside.fineandcountry.com. £500,000 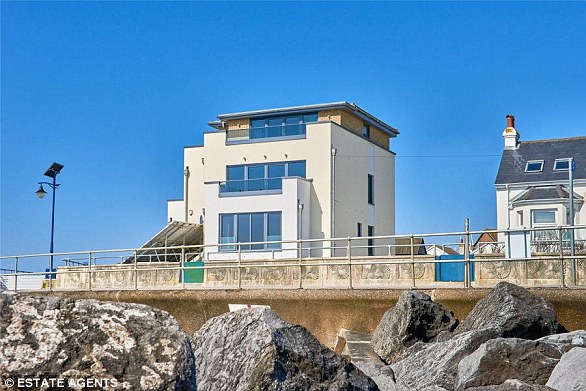 WEST SUSSEX: Gull Point, near Bognor Regis, has four bedrooms and four balconies, including two in the master bedroom. The second-floor open living area has floor to ceiling doors.Struttandparker.com. £950,000 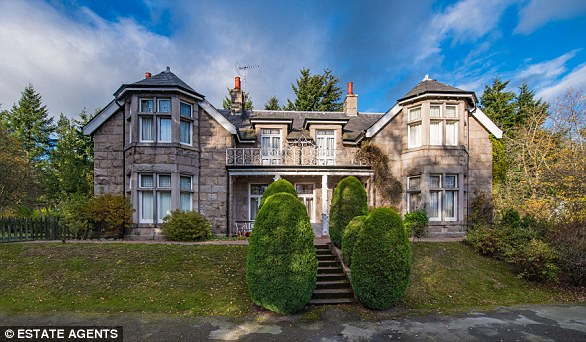 ABERDEENSHIRE:  French windows open out onto a balcony on the first floor of this fourbedroom Edwardian home, near Aboyne in Royal Deeside. There’s a two-bedroom coach house in the grounds.savills.com.£720,000