ASK TONY: I’m 82 and have waited 17 years for my British Steel pension – but they won’t pay it

I worked for the Park Gate Iron and Steel Company in Rotherham from June 1965 to October 1969. In 1967, it was nationalised into British Steel.

My pension contributions were 2 per cent of my salary and were matched by the company, so the total value when I left was £376.

I should have received a deferred pension when I reached the age of 65 in February 2001 but, due to the many reorganisations at British Steel and my own house move, this did not happen.

In October 2017, I received a letter promising the deferred pension.

However, it was not until January 6 that I was sent a form asking for proof of my identity and my bank details.

In total, I have received 19 letters, responded with ten emails and made 11 telephone calls, but my pension is still not being paid.

I’m now 82 and have been without the pension for 17 years. Can you help? 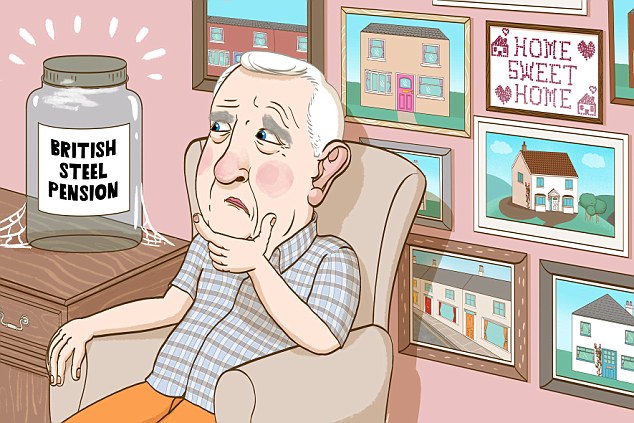 A former British Steel worker has been denied his pension for 17 years despite 19 letters, responded with ten emails and made 11 telephone calls

Your letter illustrates how important it is to keep in touch with former employers and pensions when we move house. All too often, we tell our bank and the utilities, but forget this most important investment.

In your case, it could have been particularly difficult to keep track, as your former employer changed identity with such regularity.

Once I got in touch with the British Steel Pension Scheme trustees, they acted quickly to sort things out.

The trustees wrote to you in 2001, outlining your benefits and your options for drawing them, but no reply was received.

They tried again several times between February 2001 and December 2012 — however, the correspondence was returned unopened.

In 2017, the trustees tried once again to track you down and, this time, they were successful.

You chose to stay with the original British Steel Pension Scheme, which moved into the Pension Protection Fund.

The administration has passed to actuaries Barnett Waddingham. They have already sent you a back payment of almost £2,000 to cover those lost years since 2001.

As you pointed out to me, your pension was worth only £376, so you have already received your money back many times over — illustrating what a great investment a pension can be. 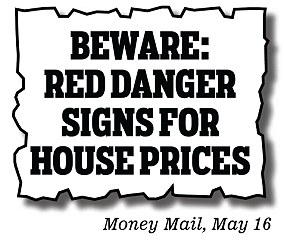 Here are some from our report on how first-time buyers are now borrowing record sums, while risky 100 per cent mortgages make a return…

The Government needs to put a cap on house prices. If they don’t, no one will be able to afford a home — especially not young people who are trying to get on the property ladder.

Without a 100 per cent mortgage, I wouldn’t have been able to buy my home. It was the mortgages that offered up to 125 per cent that were the problem.

People need to understand how much they can afford to borrow and stick to it.

This is not the fault of first-time buyers. It is the fault of the banks and mortgage companies, which should not be allowing people to borrow beyond their means.

Too many people in this country rely on interest-only mortgages, borrowing over 40-year periods, after which they will not be able to pay back the full amount.

Then they’ll be unable to take out a mortgage when they are 60.

With prices at eight times the average salary, it’s clear that the whole system is broken.

People can value the same property at different prices. At the end of the day, a property is worth only what someone else is willing to pay on that day.

Banks are there to make money. If they offer a mortgage at a particular rate, you can say ‘no’ and shop around.

Avaricious banks deliberately force up house prices to maximise their profits. If they increase the amount they lend, it makes higher prices artificially affordable.

Only in the housing market is such market manipulation permitted. It’s a true scandal.

We have three life insurance policies with Abbey Life. The original policy started in 1983 as a £20,000 life assurance and a savings plan.

In order to maintain the level of cover, we have taken out two further policies. They have a current investment value of around £18,500.

We now understand it would cost £70 per month to maintain the sums assured.

We have chosen instead to make the policies ‘paid up’. The alternative would have been to take a surrender value.

Now, on reading the correspondence, it appears to me that the sums assured will expire in about eight years.

I am 72 and my wife is 75. We do not have children and neither of us is really in good health. We have some limited income, pensions and no debts.

In the initial years, when you are younger and insurance is cheaper, more money goes into the investment.

As you become older, the life insurance gets more expensive and money is drawn from the investment to help pay for it.

I took your question to two financial experts. Patrick Connolly, of adviser Chase de Vere, says the longer you live, the poorer value these policies become.

As you have realised, making your policy ‘paid up’ simply means that you will continue to have some life insurance for a few years, but that the expenses will gradually whittle this away to nothing.

Mr Connolly says the surrender value is key. You say the policies have a current value of £18,500. Is this what you would get by surrendering them?

‘If so, it doesn’t make much sense to continue to pay ever-increasing premiums for £20,000 of life cover when you could access £18,500 now and put this into a safe savings account,’ adds Mr Connolly.

Even if the surrender value is less than this, there may be an argument for taking the money now, so it is available when you need it.

Danny Cox, of Hargreaves Lansdown, says: ‘These policies are not good value for money.

‘The average cost of a burial funeral is just more than £4,250, according to Royal London, and so the combined surrender values of your policies — £18,500 — should more than cover this.

‘My suggestion is to cash them in, rather than leaving them paid up, and split the money between you in savings accounts or in a cash Isa in each of your names.’

The advantage of each of you having some of the money individually, he says, is that you won’t have to wait for estate administration to get hold of enough cash to pay any funeral costs.

You do say in your longer letter that you have a separate, fixed- premium policy with another company to cover your funeral expenses, but if there is enough in these policies to do that, then you may choose to take the Abbey Life money and regard that as ‘job done’.

The only likely scenario where you might want to maintain these policies is if either of you has a very short life expectancy — because they are written to pay out on whichever of you dies first.

Even so, you may want to take out the money while you are able to enjoy it together.

Direct Line charged me an extra £57.12 for my car insurance after claiming it hadn’t received proof of my no-claims discount.

It said if I didn’t pay, I wouldn’t be insured. It has since confirmed it has this proof, but I haven’t had a refund.

A spokesman for Direct Line says you claimed to have nine years of no claims, but when you sent proof from your previous insurer, it showed only eight years.

This is because you ended your policy mid-term after buying a new car. A no-claims discount is based on the number of full years you have had insurance cover without making a claim, not the number of years since you made a claim.

Because of this, an additional premium was charged.

I switched my gas and electricity from Economy Energy to Bulb in December. The final bill showed a credit of £149.59, but I’m still waiting for a refund.

Economy Energy says that you are due a refund, but this was blocked due to a system error.

It has now processed the payment and this should be in your account within five working days.

Recently, we agreed to buy a house. We paid our solicitors £300 upfront for search fees and £325 for a survey.

But the seller has now decided not to move. Can we claim back these costs?

You can ask the seller for a contribution to any costs, for instance legal fees — however, they are under no legal obligation to pay.

I tried to put cash into my daughter’s Nationwide account, but I was told the bank no longer allows this because of money laundering rules. Is this true?

Yes. Nationwide, along with a string of other High Street names, have barred cash deposits from anyone who is not the account holder.

Instead, you can do a bank transfer over the internet or via the app.