ASK TONY: What are risks of cashing in my £45k personal pension?

I opted out of Serps in the late Eighties, electing to have part of my National Insurance paid into a personal pension.

I’ve also read that if a pension pot is over £30,000 you must seek financial advice.

Is this just verbal advice or do I have to pay someone and produce their recommendations for the pension company? 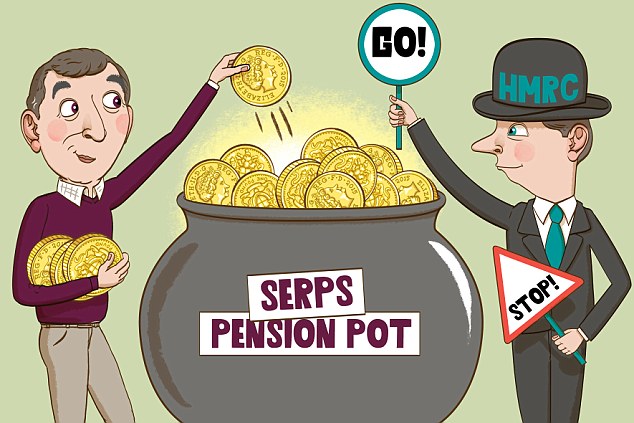 Risks and rewards: One reader is considering  cashing in his £45,000 personal pension plan while he’s still earning £33,000 a year

There will be thousands of people in a similar position to you because opting out of Serps was, at one time, very popular. Serps — or the state earnings-related pension scheme —, to give it its full name — was a top-up to the basic state pension.

It later metamorphosed into the state second pension, which in turn disappeared in the pension reforms of 2016.

At one time it was possible to opt out of Serps and have part of your National Insurance paid into what was known as an Appropriate Personal Pension.

This moved the risk to the individual, but offered more flexibility and the opportunity to build a larger pot.

APPs became ordinary personal pensions in 2012 and are subject to the same rules.

I spoke to chartered financial planner Danny Cox of adviser Hargreaves Lansdown. He says that 25 per cent can be taken as a tax-free lump sum. This would be £11,250 in your case.

The tax question is more complex. If you took the other £33,750 all at once, based on your current income, this would push you into the higher-rate tax band.

The result would be that you would lose £11,000 to tax — almost a quarter of your pension.

A much better option would be to move your pension into an income drawdown plan. 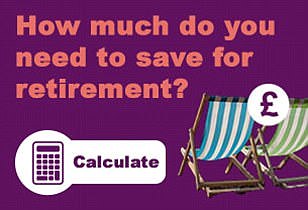 This would reduce your tax bill to £4,350 and you would not pay any higher-rate tax, assuming your other income remains the same. So you would end up with another £6,650 in your pocket.

Mr Cox says: ‘If your income is likely to fall, perhaps due to retirement, the amount of tax you might pay could fall further, so it may be an idea to wait until that happens before doing anything.’

He also warns that if you’re spreading out your withdrawals, it may be worth reducing your risk by switching from stocks to a money or cash fund.

As to the question of financial advice, this is only compulsory when a pension is worth £30,000 or more and you have guaranteed benefits such as a final salary scheme or a guaranteed annuity rate. This does not apply to you but you may still wish to take advice — as Mr Cox has illustrated, it can save you thousands of pounds. 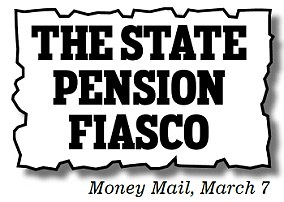 Every week Money Mail receives hundreds of your letters and emails about our stories.

Here are some in response to our story on savers encouraged to make payments of £2,000 to boost their state pensions — despite them making no difference to their retirement income…

I’ve been lucky and had good salaries so I’ve paid in at the highest rate of National Insurance for most of my working life, as well as paying into a private pension.

My wife stayed at home with the children and only worked part-time when she had the opportunity, so paid very little National Insurance.

We both have our forecasts and she’ll get more state pension than me, even though I’ve paid in substantially more. What a system!

For more than 50 years my husband paid an awful lot of tax.

At the rate of pension he is receiving from the state, he’ll have to live another 120 years to be paid back. As he is 70 I don’t think I’ll hold my breath.

Of course you cannot get a refund on your pension. Buying added years is much the same as buying an annuity.

Those complaining ought to have thought matters through before making these contributions.

I have always found the advice given by tax departments very helpful and phoned several times to speak to different people to make sure.

At the end of the day the onus is on you to do your due diligence.

I’m sure the state pension is not intended to be your only source of income in retirement.

Most people have their own private pension arrangements, too. But pensioners should at least get back what they have paid in.

I have a gap in my national insurance contributions. I could make up the back years to get a larger state pension.

But what’s the point of that as I’d pay more tax on my private pension?

We took a holiday in Thailand. Our hotel room had faulty air conditioning which caused the room to be damp and mouldy.

On return to the UK I noticed a problem with my eye and was referred to hospital.

I received drops, which were sourced from America, at the tropical medicine hospital in Liverpool and had to have invasive treatment which was very painful.

Now I have lost the eye, cannot see properly and my confidence has gone. I’ve tried to claim on my Axa travel insurance but have hit a brick wall.

I have a great deal of sympathy for your situation, but when I put it to Axa they maintained that you do not have a claim on your travel insurance policy.

The personal accident section would pay up to £30,000 if an accident incurred overseas resulted in you losing an eye. But this covers bodily injury — which is defined as an identifiable physical injury caused by sudden, unexpected, external and visible means including injury as a result of unavoidable exposure to the elements.

It seems that rather than an injury exactly, you picked up an infection which resulted in your eye being removed.

Your surgeon supplied a letter which made it clear that he felt the fungal infection was far more likely to have been picked up in warm and humid conditions in Thailand than in the UK, where this particular infection is extremely rare.

Treatment took place in the UK so there would not appear to be a claim under the medical section either.

The crux of the problem comes down to definitions within the policy. So I suggest that you take your case to the Financial Ombudsman. Call them on 0800 0234 567.

I have no idea whether you will be successful. But this is precisely the sort of thing the Ombudsman is for: to come to a fair adjudication in a dispute between a company and its customer.

I have dementia and my wife looks after me.

When she applied for a carer’s allowance she was told she would have to give up her state pension. Is that right?

You cannot receive the carer’s allowance and state pension in full at the same time. They are classed as ‘overlapping benefits’.

If your pension is less than £62.70 per week — the allowance given to people who spend at least 35 hours a week caring for an ill or disabled person — you can make up the difference in carer’s allowance.

But if your state pension is higher, you won’t be eligible. For some people on low incomes, carer’s allowance is a gateway to income such as carer premium/addition. Contact Carers UK on 0808 808 7777 for more information.

When I took out a British Gas HomeCare policy in October, I was told I’d get a £10 gift card, but nothing has arrived. Calls to British Gas are getting me nowhere.

British Gas has agreed to pay the £10 in cash as it no longer offers gift cards. It apologises and has offered you an additional £50 as a goodwill gesture.

I’ve tried to contact them several times to ask why I owe this money, but I can’t get a response.

Scottish Power has apologised for the problems you’ve experienced. Under industry rules energy firms are not allowed to back-bill customers for power used more than a year ago if they were at fault.

Scottish Power has wiped the debt and arranged a £50 goodwill payment.

I read that it is sensible to check your credit report with each of the UK’s main credit reference agencies — Experian, Equifax and Callcredit. I can’t seem to find a telephone number for Equifax.

The firm says its phone number can be found in its member centre or any emails it has sent to you.

But this isn’t much use if you’re not a customer. I’ve suggested to Equifax that it makes its contact details easier to find online.