ASK TONY: Who is responsible when a bank admits they got it wrong?

A.W. writes: We had a One account mortgage from Royal Bank of Scotland. We loved its flexibility and we stayed within the agreed facility of £202,000. There was guidance about reducing the mortgage over time, but my intention was to pay it off when I retired as I have substantial shares in the company I work for. But several years ago, RBS told us we had to pay about £30,000 to stay on track. This was a shock and we had to switch mortgages and borrow money. Yet RBS has now admitted it did not get this right. 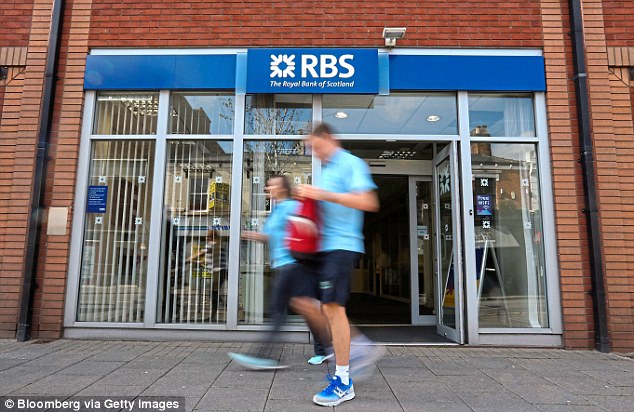 Another scandal: How many people are affected?

This has the feeling of yet another RBS scandal. The One account, which is no longer on offer, was a current account secured against your home. The key condition said: ‘You will be free to draw on your account for any purpose you choose…provided the borrowing is repaid by the time you retire.’

True, borrowers were given a guide showing how to reduce the mortgage gradually. But the only golden rule was that you had to pay off the loan before you retired.

Yet five years ago, you say, the bank told you to stump up £30,000 as you were not in line with its guidance. This threw your family’s finances into chaos. You borrowed heavily to pay back RBS and you switched to a different mortgage. So far, so bad. But the real shock came last September when the ‘remediation operations’ department of the bank admitted the 2013 account review was wrong. The bank told you: ‘We recognise we did not get it right at that time.’ You were asked whether you thought you were ‘negatively impacted’ by the bank’s mistake.

When you explained what that mistake had cost you, RBS said it was investigating your case along with several dozen customers in the ‘first tranche’ of One account cases under scrutiny. Nine months later, you were still waiting for the result, so you contacted me.

Four weeks after I contacted the bank, you and your wife were offered £10,000 which you have accepted. But RBS is still glossing over exactly what went wrong.

It denied you were asked to pay £30,000 and claimed the 2013 review was ‘designed to help ensure our customers would be able to repay the borrowing by the time it was due’. On the other hand, RBS told me it accepted ‘this may have caused distress and inconvenience’.

None of this explains why RBS did not just stick to the terms of the One account. Nor does it explain why the bank has changed its mind so dramatically that it has handed you £10,000. One big question remains.

On June 20, when I first contacted RBS on your behalf, I asked: ‘What is the scale of the issue? If several dozen people are involved in the first tranche of cases that are being investigated, how many such cases exist overall?’ After the bank decided to offer you £10,000, I repeated the question on August 1. Then again on August 11 and also on August 26.

A few days ago I received the only answer RBS has been willing to supply. It says it expects just a ‘small number’ of customers have been hit by its One account mistakes. Now call me cynical, but if there are several dozen customers in the first batch investigated, that suggests the true answer is likely to be at least in the hundreds. I think we should be told.

Why does claim-free driving not earn me discount?

C.M. writes: I contacted vintage vehicle insurer Adrian Flux for a quote for my Volkswagen Campervan. I was asked whether I had made any claims in the previous nine years and I replied no. I was quoted £308 which I paid. I then received an email asking me for proof of no claims, so I obtained a letter from my previous insurer stating that I had ten years of claim-free driving. But Adrian Flux said this did not meet its criteria and it wanted another £231. I refused to pay and was told to arrange alternative cover. I did this and called Adrian Flux to cancel its policy, but was told I would have to pay £100 to cancel. After some discussion, it refunded £47 from the £308 paid, so I have been charged £261 for less than a month’s insurance. 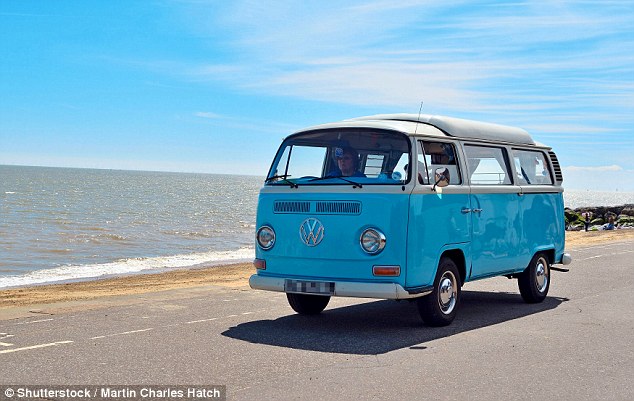 Unhappy camper: Only £47 of the £308 VW Campervan insurance premium was refunded

Adrian Flux manager Phil Twite says that in the initial conversation you were asked how many years of no-claims discount you had and you replied you had nine years.

You have agreed you meant nine years without claims, but are understandably angry at the huge cost of a few weeks’ cover.

Adrian Flux told me: ‘The total cost of the cover following cancellation, £261, is not proportionate as some contributing factors are non-refundable – for example the supplementary cover and fees.’

Perhaps in future though, Adrian Flux staff could offer enquirers some explanation about claim-free driving.

Better to lose a customer than to gain an angry one.

Mrs V.H. writes: M&S Bank told me that following a court case I might be entitled to a payment protection insurance refund. I claimed and was told I would receive £7,199. Within days, claims firm Family Money Savers Ltd requested £2,152 in commission. I found it was affiliated to a company I dealt with years before. The Legal Ombudsman advised me to pay, but M&S Bank said it would reimburse me. To date though, I have received nothing.

THE court case shifted the goalposts. If more than half your payment protection insurance premiums went as sales commission and you were unaware of this, then you could claim a refund even if you were already turned down on other grounds.

This has provided a windfall for claimants, but also for claims companies whose contracts say that if you get a refund for any reason, they get a slice.

It is hard to see why M&S Bank would foot the bill, but staff there say they should have warned you they would tip off the claims firm.

They told me: ‘We have apologised to Mrs H and have sent her £250 by way of an apology for the service having fallen below our usual high standards.’

They emphasise that any would-be claimant can apply without using an advice firm.

Solar panel crooks will ‘answer for their crime’

Six men who ran a solar panel scam have been convicted of cheating 1,500 victims out of £17 million. 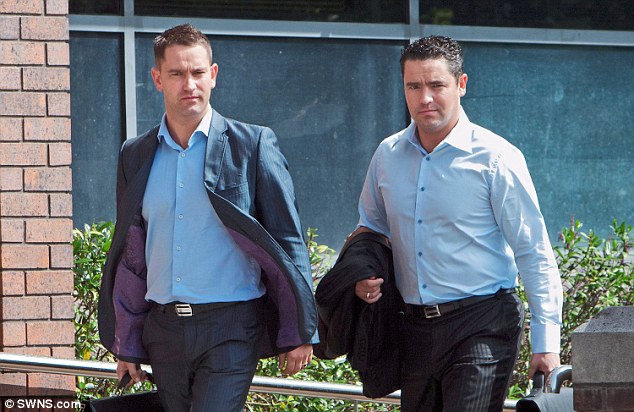 David Diaz and his brother Ludovic Black told customers of their company Solar Energy Savings that if they paid for panels on their homes they would be rewarded for the electricity generated. A cashback scheme meant they would also receive a total refund of the cost.

No cashback scheme existed. Liverpool Crown Court heard that the brothers and their accomplices – Stephen Wilson, Robert Ross, Niall Hastie and Kenneth Reid – spent huge sums on Lamborghini and Porsche sports cars – and private jets to Switzerland and Italy. They were found guilty of conspiracy to defraud last Wednesday and will be sentenced later.

Lisa Osofsky, head of the Serious Fraud Office, said: ‘The verdict is the result of four years’ hard work by our case team to ensure that these men will answer for their crime.’

Diaz, a former professional footballer who played for Motherwell, is already in my files for his role in Ashley Jenkins Ltd. I warned against this £5 million art investment scam that promised a fixed return of 10.4 per cent. It was later closed down by the High Court.