As luxury car firms famous the world over – and the epitome of Britishness – you would expect a certain decorum from Rolls-Royce and Aston Martin.

But a rather unseemly row has broken out between the bosses at the brands whose customers include the super-rich, royalty and, of course, James Bond. 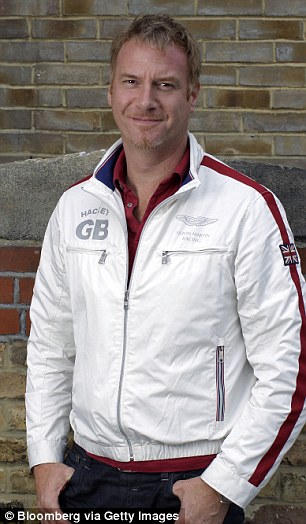 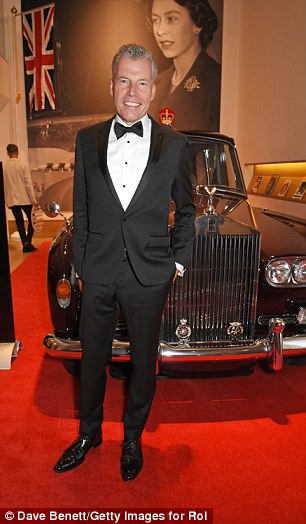 He added: ‘The world has changed, and the royals have changed.’

He said: ‘They don’t understand the luxury segment. Nor do they understand our customers. They are in a complete different league when it comes to pricing and they have zero clue about what’s going on in the upper, upper segment.’ 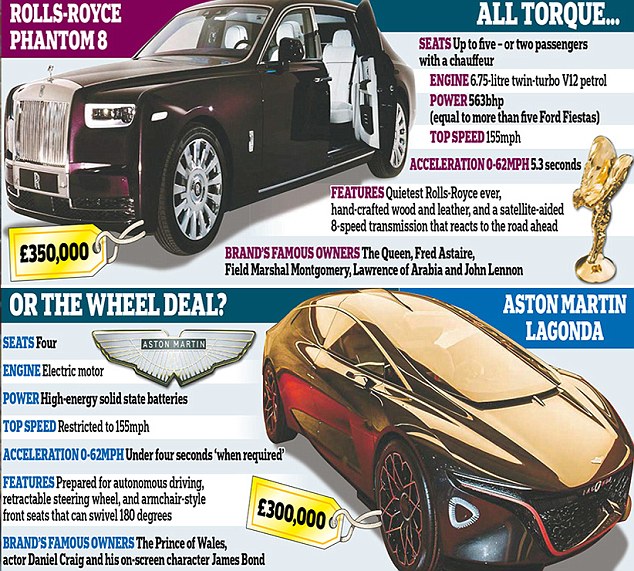 The clash began after Aston Martin said its new £300,000 electric-powered Lagonda prototype – launched at the Geneva Motor Show this week – would ‘disrupt’ the super-luxury market dominated by Rolls-Royce and Bentley by offering ‘guilt-free luxury’ to ultra-wealthy motorists.

Mr Reichman went on to tell motoring magazine Autocar that Rolls-Royce was ‘an imperfect package for luxury’ and executives from Silicon Valley firms such as Apple and Google would be more likely to drive an Aston Martin.

He said: ‘Rolls-Royce and Bentley are Ancient Greece today. I worked on the original Phantom. The brief was Buckingham Palace on wheels. It was important to do that to establish it.

‘But the world has changed, and the royals have changed.

‘Look at Rolls-Royce: It’s the most luxurious car in the world. Given its roots, its reason for being, it’s essentially still an internal combustion engine to replace a horse, a carriage and a trunk. It’s an imperfect package for luxury.’

Referring to the new Lagonda, which he designed, Mr Reichman added: ‘You can’t see Apple or Google executives in a Phantom. You can see them in this.’

Separately, Aston Martin chief executive Dr Andy Palmer said that the Lagonda, which is expected to enter production in 2021, would offer ‘guilt-free luxury’ to attract younger wealthy motorists. He added: ‘If Rolls-Royce is a Boeing 777, then Lagonda will be Concorde. It doesn’t need a big grille.’

The remarks provoked a furious response from Rolls-Royce’s chief executive, who suggested Aston Martin was not in the same league as his company.

Mr Muller-Otvos said: ‘Why are they behaving like this? 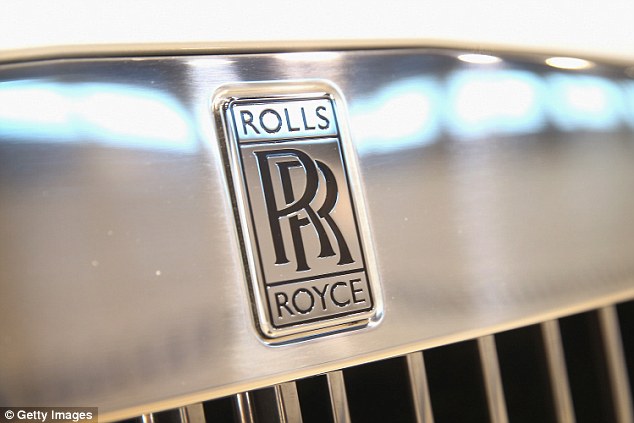 Rolls-Royce, which is owned by BMW, sold 3,362 cars last year. It plans to launch a fully electric car in the next decade (stock image) 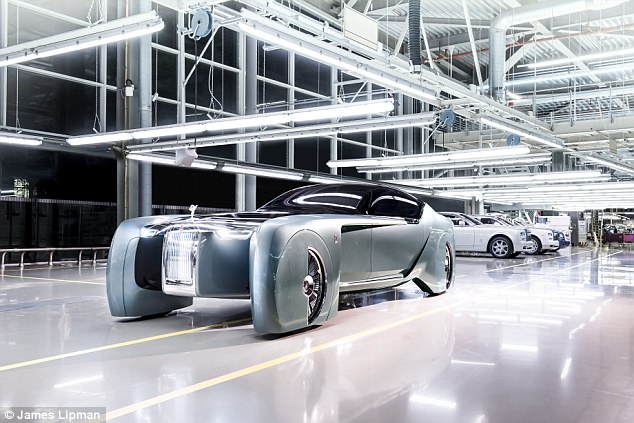 ‘It’s not a very gentlemanly way to behave. Why are they saying such things?’, Rolls Royce said 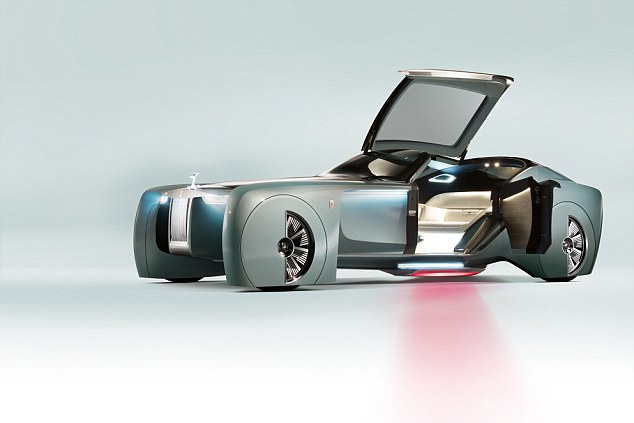 ‘They don’t understand luxury. I think they are on a completely different turf’, Rolls Royce said

‘It’s not a very gentlemanly way to behave. Why are they saying such things?

‘Let them do their own thing, we’ll do ours. They talk about guilt-free luxury. What does that mean? They don’t understand luxury. I think they are on a completely different turf.

‘What they’ve done is not good business. It’s a misunderstanding of what luxury is.’

Rolls-Royce, which is owned by BMW, sold 3,362 cars last year. It plans to launch a fully electric car in the next decade.

Mr Muller-Otvos argued that his company ‘rewrote the rule book’ for luxury cars two years ago when it unveiled its electric prototype, which was codenamed 103EX.

In an apparent side-swipe at Aston Martin, the chief executive added: ‘Since then it has become clear that other car brands have acknowledged our vision, so much so that they have adopted most aspects, apart from the most visionary and radical.’ 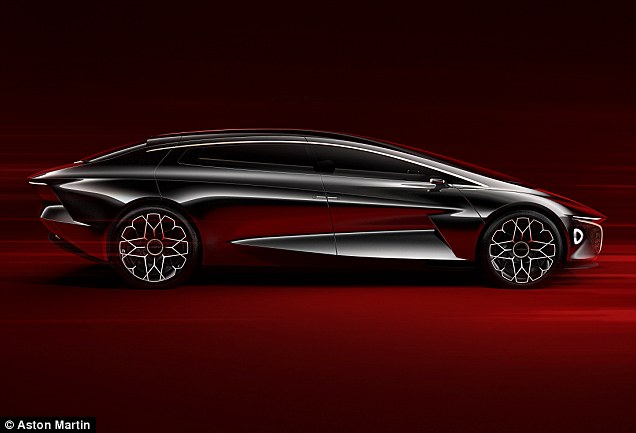 Electric dreams: Aston Martin is to be revive the Lagonda name with a range of new electric-powered luxury limousines to take on Rolls-Royce, Bentley and Maybach 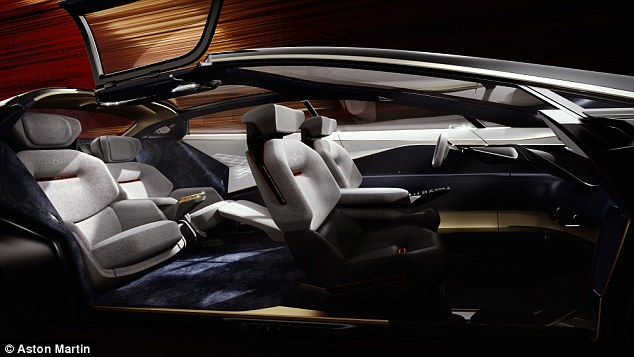 Rolls-Royce is based on the Duke of Richmond’s estate in Goodwood in Sussex, while Aston Martin, whose cars have featured in James Bond films since Goldfinger in 1964, has its headquarters at Gaydon in Warwickshire and a new factory under development at St Athan, South Wales.

Aston Martin, which holds a Royal Warrant from the Prince of Wales, recruited furniture designer David Linley, Princess Margaret’s son, to create the interior for its new Lagonda. 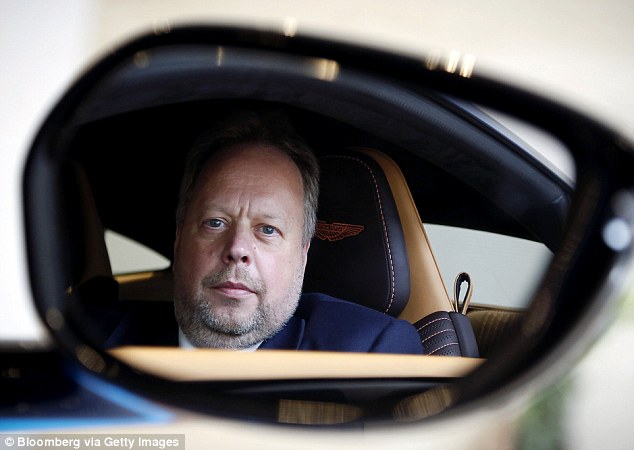 Aston Martin is currently owned by two Kuwaiti investors Adeem Investment and Tejara, which together own around 60 per cent, and Italian private equity firm Investindustrial with just under 40 percent of voting shares. Daimler has a 5% non-voting stake.

Last month Aston Martin announced pre-tax profits of £87million – reversing a pre-tax loss of £163million in 2016 and marking a £250million turnaround and putting it back in the black for the first time in seven years ahead of an expected flotation with analysts valuing it at up to £4.4billion

Last year’s producton of 5,117 cars is set to treble to up to 14,000 cars by 2022 as the new St Athan plant in Wales comes on stream to build Lagonda models and SUVs, joining the existing Gaydon factory in Warwickshire building sports cars and grand tourers.

Last year Rolls-Royce Motor Cars, which employs around 1,400 people at its boutique factory at Goodwood in Sussex, delivered 3,362 cars to customers in nearly 50 countries. Rolls-Royce, founded in 1906, does not report separate financial figures. But Germany’s BMW Group, of which it is part, this week reported its eighth successive year of record pre-tax profits of nearly £10billion on total sales of more than 2.09million vehicles, including UK-built MINIs.