At least ten people died after police fired at activists demanding closure of a copper plant run by a firm owned by one of the UK’s richest men.

At least nine were killed on Tuesday and a further death was reported yesterday. 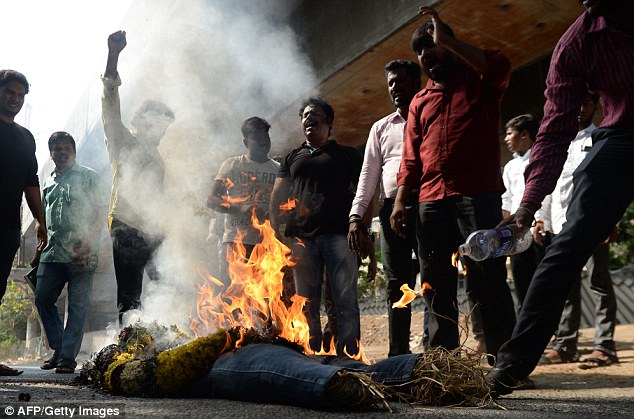 Demonstrators burn an effigy of Vedanta Resources’ owner, founder and chairman, Anil Agarwal as they demand the closure of a copper plant claiming it has polluted water

Vedanta’s owner, founder and chairman, Anil Agarwal, with around 70 per cent of its London-listed shares, is 74th on this year’s Sunday Times Rich List, with an estimated fortune of £1.8billion.

The violence follows months of protests outside the plant, with demonstrators claiming it has polluted the area’s groundwater and put local fisheries at risk.

Vedanta wants to double the capacity of the smelter to 800,000 tons, sparking the unrest.

A local court has ordered a pause on the plans, and the smelter is closed.

Vedanta has said the protests were based on false allegations.