Digital-only lender Atom Bank has launched a range of first-time buyer mortgages for those with just a five per cent deposit to put towards buying their first property.

The bank is offering two, three and five year fixes starting at a rate of 3.59 per cent, which all come with £500 cashback on completion and no arrangement fee.

It can only be arranged online, however, and borrowers interested in accessing the deal will need to go through a mortgage broker signed up to Atom’s systems, such as London & Country or Habito. 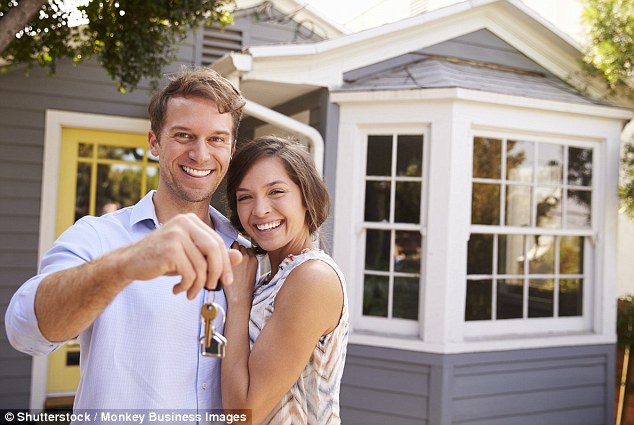 Last year, almost half of all house purchases financed by a mortgage were made by first-time buyers.

However the average house price paid by first-time buyers has skyrocketed by 50 per cent since 2012 and now stands at £210,515 – the highest level on record.

In response, more and more banks are designing products catering to potential home buyers who cannot afford a large deposit.

Taking a 95 per cent mortgage to purchase a property of this value today would need a deposit of £10,526.

It’s possible to bring monthly payments down by spreading them out over a longer period.

However, bear in mind that the longer you take the mortgage for, the more interest you’ll pay – making it more expensive over the lifetime of the loan.

The new 95 per cent loan-to-value deal is part of a wider range of new rates on offer to first-time buyers from Atom Bank.

All deals include £500 cashback along with a free valuation and no product fee.

The product range will be available for mortgages between 80 and 95 per cent LTV and there is the choice of various two, three and five-year fixed rate deals.

The bank has also scrapped its previous £300,000 limit on first-time buyer loan applications.

Atom Bank’s Maria Harris said: ‘These deals will be attractive to first-time buyers who want to get onto the property ladder – it’s hard enough to find the money for your first home and we know that taking away fees and giving cashback helps.

‘We have extended the mortgage term to give younger home buyers a chance to get on the property ladder, reflecting that the retirement age is increasing and people are working for longer.

‘This means they can spread the cost of their home over a longer period, if they want to.’ 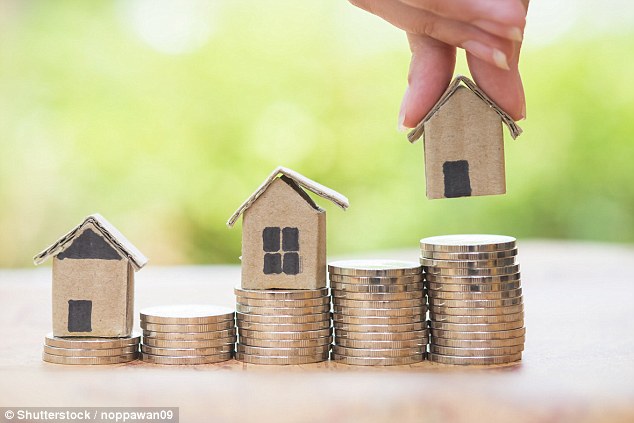 The lowest rates on a 95 per cent LTV two-year fixed rate mortgages generally fall between just under 3 per cent and 4 per cent, depending on the level of fees involved.

In contrast, a home buyer putting down the average first-time buyer deposit at 16 per cent of a property’s purchase price would find rates ranging between just under 1.4 per cent and 1.6 per cent.

However, if a homebuyer was able to pull together a 16 per cent deposit of £32,000, for the same property they would be facing monthly repayments of only £672 and only pay an additional £33,567 over the life of a 25-year mortgage.

It’s also worth bearing in mind that rates on 95 per cent LTV mortgages are dropping.

Research from Moneyfacts suggests that the average two and five-year fixed rates at 95 per cent loan-to-value have bucked the recent trend of rate rises, falling from 4.11 per cent at the start of the month to 4.06 per cent today.

This is Money verdict

These days, banks and building societies are far more willing to offer first-time buyers 95 per cent mortgages than they were in the years immediately following the financial crash.

Bigger deposits are always preferable as they usually secure lower rates for the homeowner as well as providing better protection against falling into negative equity. The lower the rate, the smaller the monthly repayment, meaning you can pay off the loan faster, thereby saving yourself potentially thousands of pounds in interest charges over the years.

However, this isn’t always a possibility for those trying to get onto the housing ladder.

First-time buyers could consider holding out and saving for a 10 per cent deposit, as at this point there are better rates and a wider selection of choices for the home buyer.

Charlotte Nelson, finance expert at Moneyfacts, said: ‘Competition in this sector is high particularly among lenders looking to revitalise their mortgage book by bringing new borrowers on board.

‘It’s not just rates providers are using to attract these new borrowers, as an array of different incentive packages and fees means borrowers can now tailor their mortgage to suit their needs.

‘While it is great news that 95 per cent LTV rates are falling, borrowers will need to bear in mind that they remain higher than even the rates at 90 per cent LTV. So, by saving an extra 5 per cent for a deposit, first-time buyers will still be significantly better off.’

It’s also worth bearing in mind that Atom Bank only sells through intermediaries, meaning that if you want access to its products, you will have to go through a broker.