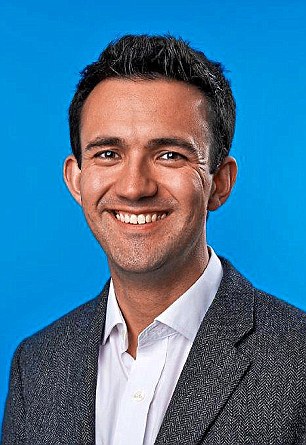 There is no doubt that Aurora Investment Trust has enjoyed something of a renaissance since new managers were installed in early 2016.

At the time struggling to justify its existence, the trust’s portfolio has been overhauled by new kids on the block Phoenix Asset Management.

The result is an investment track record better than both its peer group and the FTSE All Share Index.

The fund has also grown in size, breaking through the £100million barrier and attracting new investors in the process. Things are looking up.

There is nothing complicated about what Phoenix has done with the trust. It has simply focused on investing in a tight group of mainstream UK companies which it believes will deliver a stream of growing profits without having to divert too much of their revenues into continually reinvesting in their businesses. Capital light, high return companies.

It is an investment process that underpins everything done by Phoenix, a company set up 20 years ago by former bond and derivatives trader Gary Channon from his home in Barnes, South-West London. Now operating out of offices in Barnes, Phoenix manages £830million of assets and has a seven-strong team.

Although the 15 companies that make up Aurora’s portfolio are familiar ones – the likes of Lloyds Banking Group, Tesco and Sports Direct – it does not mean that the investment managers are complacent. Far from it.

They are constantly doing their own research to check whether the business attributes which compelled them to invest in the companies still hold good.

For example, in the sportswear retailing space, it remains a big investor in Sports Direct because of the company’s market dominance and pricing power.

Yet every month, it checks Sports Direct’s prices against rivals – not only high street retailers such as JD Sports and Primark but also internet giants such as Amazon and eBay.

Top holdings: The 15 companies that make up Aurora’s portfolio are familiar ones

Tristan Chapple, a director of Aurora, explains: ‘We take a basket of goods every month – including an England football home shirt and Nike and Adidas running shoes – and we compare prices. Sports Direct still comes out of this analysis as offering the lowest prices.’

This year, the trust’s most significant move has been to reduce its exposure to housebuilders and to start building a new position in funeral provider Dignity.

Its stake in Barratt Homes was sold, reducing its overall position in housebuilders from 20 per cent to 10 per cent.

Chapple maintains that the trust remains positive towards housebuilders, but not as upbeat as it previously was.

He says that the Government’s Help to Buy scheme has proved a stimulant for housebuilders but its impact could dim if the Government refines it in 2021 when current funding runs out.

Chapple would not be drawn on its investment in Dignity other than the fact that it currently represents 3 per cent of the trust’s portfolio.

The fact that the fund has nearly 10 per cent of cash suggests that this position will be built upon – it never holds cash other than when it has sold its shares in a company.

Aurora is not designed for income seekers and this will put off many investors. But its stance on charges is bold.

Although there are ongoing charges, Phoenix does not earn an annual fee from running the trust unless it outperforms the FTSE All-Share Index. So the incentive to deliver superior returns is a strong one. So far, so good.