The average British worker is earning nearly £680 a year less than they were a decade ago as low-paid jobs have replaced many of those lost in the recession, a think-tank claimed today.

Unemployment in the UK might be at a 40-year low of 1.36million – but the report suggests those in work are earning £13 a week less on average than before the recession precipitated by the 2008 financial crisis.

The Resolution Foundation observes that more than two million more people have found work since unemployment peaked in that slump – more than half of which are from the poorest third of households. 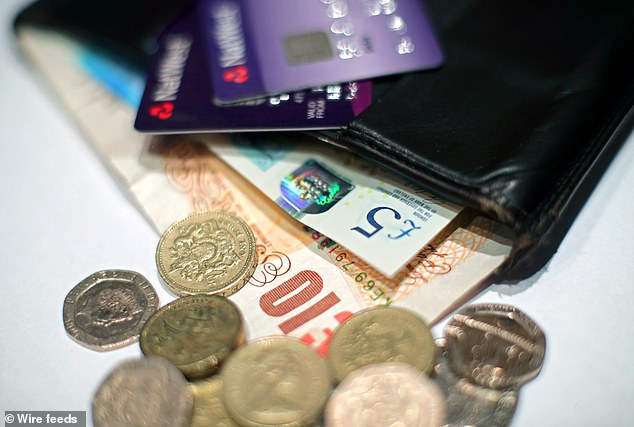 Squeezed: The average British worker is earning nearly £680 a year less than they were a decade ago.

The Foundation’s senior economic analyst Stephen Clarke said that while employment is at a record high, ‘Britain is still some way off full employment and too much work remains low paid and insecure.’

While the the higher employment rates were ‘a much-needed bright spark’, Mr Clarke added that, ‘Steps to provide advance notice of shifts and a right to a regular contract for those working regular hours on a zero hour contract would also help those in work who have precious little job security.’

The next step was targeted support for disadvantaged groups, said Mr Clarke, who added that childcare support and working tax credits had driven a sharp increase in single parent employment, up from 51 per cent in 2003 to 67 per cent last year. 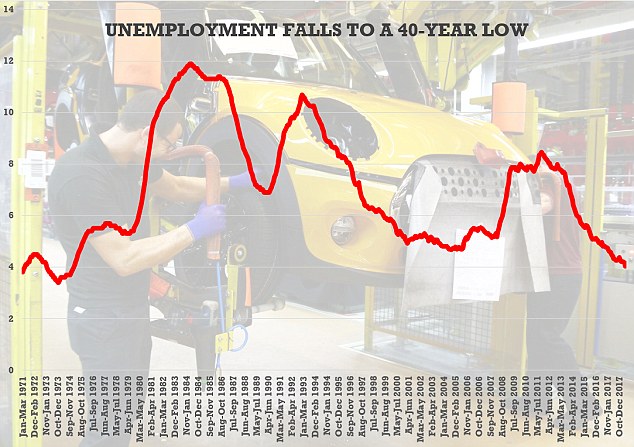 The graph shows the unemployment rate is now just 4 per cent – the lowest since 1975.

A new policy to boost employment for people with disabilities or ill health could see a million more people in work, said Mr Clarke.

‘This would make the single biggest contribution to achieving full employment, and boost living standards for over a million families,’ he said.

‘Policies to achieve this could include a new right to return to work after a period of ill-health.

‘With fewer than half of people with a disability or ill-health currently in work, targeted support for these groups holds the key to achieving further employment progress.’ 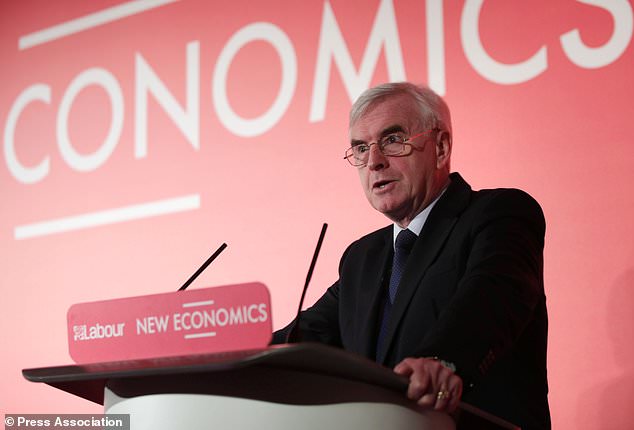 He said: ‘We have more people in work than ever before, and the national living wage has helped to deliver the fastest earnings boost for the lowest paid in 20 years.

‘Through our Good Work plan, we are going further to give millions of workers major new rights and protections, including increased financial security for workers on flexible contracts with a new right to request a more stable contract.’ 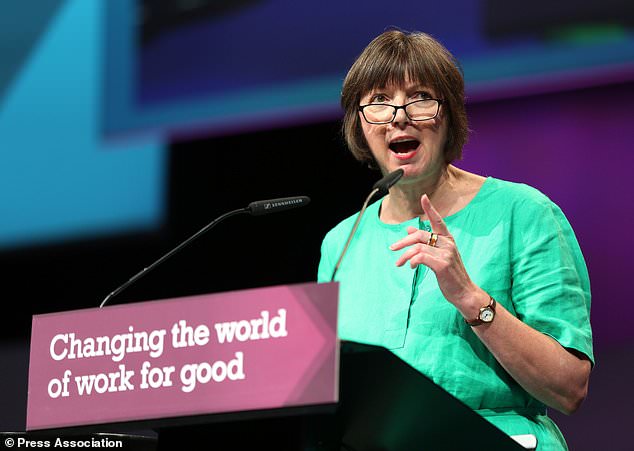 He said: ‘These figures show the disastrous impact of nearly a decade of austerity on earnings, with workers in the UK losing out under Tory rule.

‘The findings are a stark example of how brutal Tory pay restraint and austerity has led to a crisis in living standards for families.’

‘It’s taking wages longer to recover from this crash than it did after the Great Depression,’ she said. ‘The Government is turning a blind eye to Britain’s living standards crisis.