De La Rue, the maker of the new polymer £5 and £10 notes, issued a profit warning today and revealed the departure of its finance chief in an unscheduled announcement.

The unexpected news sent shares in the company more than 13 per cent or 82p lower to 520p.

De La Rue said it was expecting its full-year results to be around the lower end of the current consensus range, but did not say why. Consensus estimates for operating profit currently sit in the range of £71million to £73million. 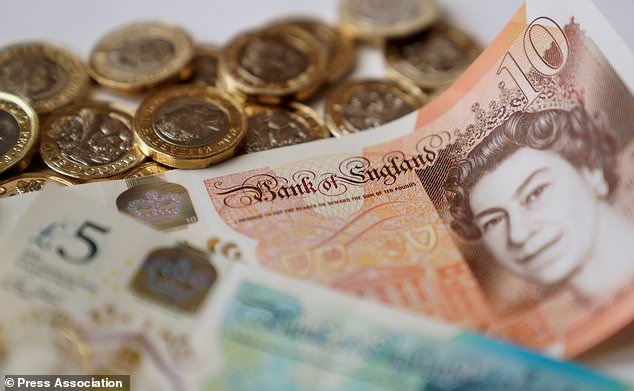 Meanwhile, the company also announced that Jitesh Sodha, its chief financial officer, is to step down ‘to pursue his career outside of the company’.

De La Rue said Jitesh had resigned as director with immediate effect but will remain in the business until the end of September in order to ensure ‘an orderly transition’ while a suitable successor is identified.

Chief executive Martin Sutherland said: ‘Jitesh has been a valued member of De La Rue’s management team. He has been instrumental in the execution of our strategic plan to diversify our business.

‘I would like to thank Jitesh for his support and contributions during his tenure and wish him every success in the future.’

Mike van Dulken, head of research at Accendo Markets, said the tandem of disappointments – the CFO resigning and profits warning – were unlikely to be linked.

‘Whilst the timing is interesting, just week’s ahead of April’s trading update and May’s FY results, even more intriguing is the lack of detail,’ he said.

‘In fact, had it not been for a key member of the C-Suite resigning, the profits warning – an addendum to the Directorate Change RNS announcement – could almost have been missed.’

He added: ‘The shares had been weak since 8 Mar, down 8% from their 650p ceiling of the last few months, however, they had also been holding above 590p for the last year. So today’s breakdown to flirt with post-referendum lows understandably has investors wondering what’s up with H2, anything meaningful on contracts/operations surely having to be reported.’

Today’s profit warning comes despite De La Rue’s first half year results in November showing a 9.9 per cent rise in profits and a 29 per cent increase in revenues.

De La Rue has also benefited from a weakened pound since the Brexit referendum as it makes  more than 80 per cent of its revenues outside the UK.

In February, De La Rue, which also makes passports, announced it was selling 90 per cent of its paper business to buyout firm Epiris, for £61million.

The business can make around 13,000 tons per year, and will continue to supply to De La Rue for at least the next ten years.