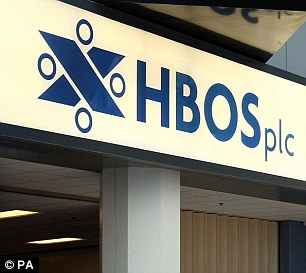 Lloyds has been accused of covering up a massive fraud against businesses at a branch of Hbos, which it bought in 2009

Banks accused of harming small businesses for a profit are facing the threat of a public inquiry to get to the bottom of what went on.

MPs demanded action after discussing wrongdoing at Lloyds and RBS in a debate.

Lloyds has been accused of covering up a massive fraud against businesses at a branch of HBOS, which it bought in 2009, and RBS was criticised over claims it wrecked firms after the financial crisis with sky-high fees.

Labour MP Martin Whitfield said: ‘The impact of this scandal has been so profoundly damaging that people have taken the appalling decision to end their own lives.’

He urged the Government to bring forward a public inquiry into commercial lending and the treatment of businesses.

‘The lack of mechanisms of redress and action in general have severely undermined the public confidence in the integrity of our system,’ he said.

Liberal Democrat Norman Lamb agreed, and said he had lost confidence in the Financial Conduct Authority over its handling of the scandal.