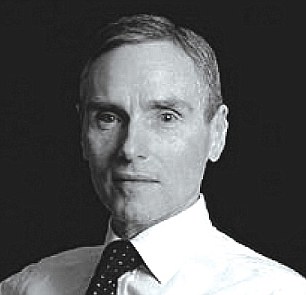 Barclays has avoided a public showdown with corporate raider Edward Bramson by agreeing to see him in private.

The activist investor stayed home in New York rather than heading to the lender’s annual meeting, where it had been rumoured he would make his case for a radical shake-up.

Bramson has snapped up 5.4 per cent of the lender, making him its third-largest investor – and it is rumoured he will demand the sale of its prized trading arm to boost payouts to shareholders.

It is not clear whether this will be in London or New York.

Michael Mason-Mahon, a campaigning shareholder who seeks to hold the banks to account, said: ‘Be careful about inviting Mr Bramson in, because this is a fox that will raid our henhouse.’