Major high street banks are offering 100 per cent mortgages again to buyers desperate to get on the housing ladder.

The deals virtually disappeared after the financial crisis in 2007 when more than 250 different 100 per cent offers were available.

But Barclays and the Post Office are among big-name lenders that are once again offering the loans in a bid to attract first-time buyers without a deposit.

Some banks are extending the mortgage term or asking a family member to act as a guarantor to get around tough restrictions intended to prevent risky lending. 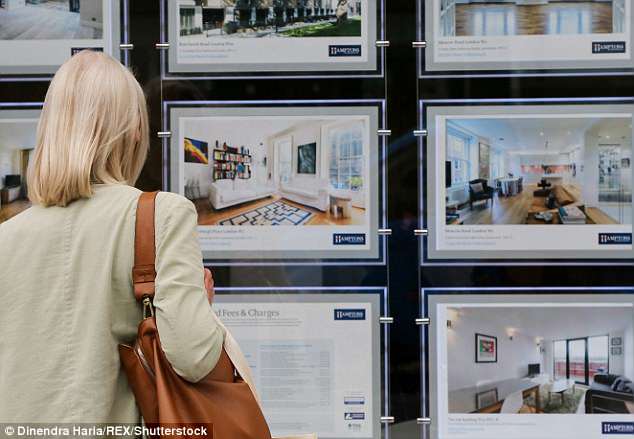 Despite these supposed safeguards, many experts believe 100 per cent mortgages are toxic as they expose buyers to the risk of negative equity – where someone’s home is worth less than their debt.

Last month, house prices suffered their biggest montly drop since 2010, falling 3.1 per cent, pushing anyone who had already recently taken out a 100 per cent loan into this negative equity territory.

Justin Modray, founder of consumer website Candid Money, said: ‘Zero deposit deals have their place but borrowers and their families should go in with their eyes open. If things go pearshaped people could end up losing their homes to the bank or being chased for their savings. Buyers are at greater risk of negative equity if things go wrong.’

For decades homeowners were typically required to put down at least 10 per cent of the value of a property when they wanted to buy a house. But the property boom from the start of this century saw house prices climb sharply.

Worried that this would make it too hard for first-time buyers to get a foot on the ladder, banks dreamed up new ways of financing deals allowing people to put down smaller deposits.

By 2007, 100 per cent mortgage deals, where no deposit was needed, were common and some banks such as Northern Rock even offered loans which were 20 per cent more than the property value.

But when the financial crisis erupted, these types of deals were held up as an example of the easy-credit culture which caused financial hardship for millions. As a result, zero-deposit deals all but disappeared following a tightening of rules by City regulators.

In recent months though, first-time buyers have become squeezed again with homebuyers taking to increasingly drastic measures to get on the ladder. 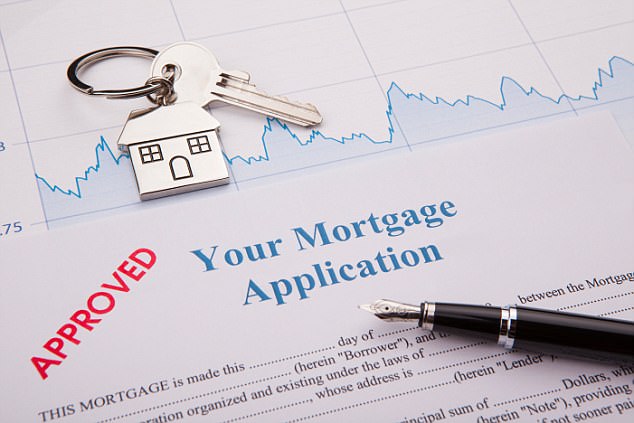 For decades homeowners were typically required to put down at least 10 per cent of the value of a property when they wanted to buy a house. But the property boom from the start of this century saw house prices climb sharply

There is growing evidence that banks and building societies are getting round the tough new rules by allowing homebuyers to lower their monthly repayments and get parents to guarantee loans.

This means that banks can keep making money from mortgage lending, without running foul of City watchdog restrictions.

Many buyers are now stretching loans over 35 years in order to make repayments more affordable, and are stretching their income to record highs to get bigger loans

The resurgence of 100 per cent deals has conincided with the average house price reaching £220,962, a near all-time high, according to Halifax. It means first-time buyers must raise £22,000 for a 10 per cent deposit to qualify for a deal on the typical home.

Many of the new 100 per cent deals have a twist that also puts parents’ homes at risk if a borrower falls behind on repayments. This is because to give the banks extra security, they insist on family members acting as guarantors for parts of the loans.

Paula Higgins, chief executive of campaign group the HomeOwners Alliance, said: ‘These 100 per cent deals could mean double trouble for families. Not only are buyers at greater risk of negative equity if house prices fall, in many cases their parents or even grandparents face losing their homes as the borrower is so financially stretched they fail to make repayments.

‘It just shows how unaffordable things are at the moment for buyers – these kind of risky deals are not good enough in the long run and highlight that we do not have a stable property market.’