Barclays faces a boardroom split after it emerged that chairman John McFarlane is keen on a £61billion mega-merger with rival bank Standard Chartered.

Former Stanchart banker McFarlane is said to have pushed for informal talks over a tie-up, which would be the largest deal between British lenders since the financial crisis.

But the plot is completely at odds with Barclays chief executive Jes Staley’s plan to simplify his bank by focusing on investment and retail operations in the US and UK. 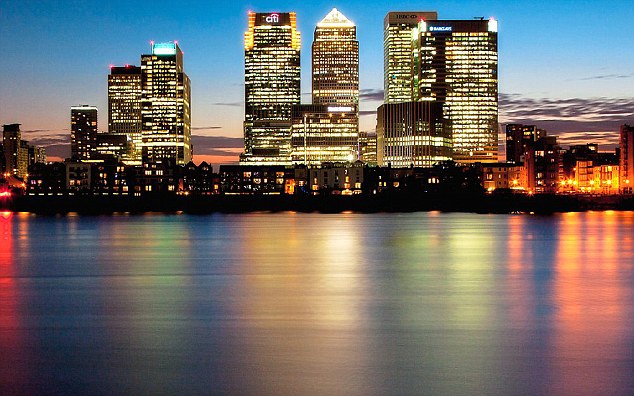 Former Stanchart banker McFarlane is said to have pushed for informal talks over a tie-up, which would be the largest deal between British lenders since the financial crisis

And it would rile activist investor Edward Bramson, who has taken a stake in the bank and would not want to see it expand so aggressively.

Sources at both lenders heavily downplayed the rumour of a tie-up, saying there have been no talks, no internal work and no investment bankers or lawyers have been engaged.

They claimed there is no prospect of a deal and the suggestion of a merger was met with bafflement in the City, with one analyst describing it as ‘utter madness’.

It also casts doubt on McFarlane’s support for Staley and could trigger friction in the boardroom.

Merging with overseas-focused Stanchart would give Barclays a heavy presence in Africa once again, just a year after it sold out of the continent.

The decision to shut the century-old African operation was made by Staley, despite initial scepticism from McFarlane.

It is rumoured that Stanchart’s boss Bill Winters could become head of the combined group if the two merged.

Winters was senior to Staley when they both worked at Wall Street titan JP Morgan in the 2000s, and his appointment would undermine the Barclays chief.

It comes as Barclays faces pressure from corporate raider Edward Bramson, who has built a 5.2 per cent stake and is thought to be pushing for it to get rid of its prized trading arm.

Investec analyst Ian Gordon was scathing about the plans. ‘We see this as far-fetched,’ he said.

‘Given Stanchart’s business mix, the suggested rationale, as a response to Barclays’ activist interest, makes absolutely no sense to us.’