Barclays chief executive Jes Staley has been fined £642,430 by the Financial Conduct Authority (FCA) and Prudential Regulation Authority (PRA) for his attempt to unmask a whistleblower.

It was concluded by the watchdogs that he ‘failed to act with due skill, care and diligence’.

The regulators are also forcing Barclays to report on how it handles future whistleblowing cases. Senior managers will face a ‘special requirements’ to update the watchdog on their systems and controls every year. 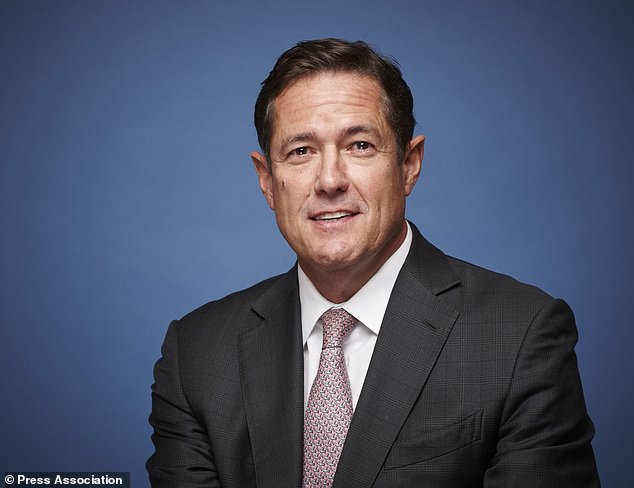 Jes Staley has been fined by City regulators (PA)

Staley tried to identify the author of a letter sent to Barclays in 2016 which claimed to be from a shareholder of the bank.

The letter contained a number of allegations, some of which related to Staley.

Regulators said on Friday that Staley should not have tried to investigate the letter himself because there was a risk he would not be impartial when deciding how to respond.

The complaint in the letter was being dealt with by Barclays’ group compliance team. The regulators said the team should have been left to do their work unimpeded by the chief executive.

Mark Steward, executive director of enforcement and market oversight at the FCA, said: ‘Given the crucial role of the chief executive, the standard of due skill, care and diligence is more demanding than for other employees.

‘Mr Staley breached the standard of care required and expected of a chief executive in a way that risked undermining confidence in Barclays’ whistleblowing procedures.’

The regulators noted that Mr Staley made no personal gain from his actions, and said he settled at an early stage of their investigation.

His fine represents 10 per cent of his annual income, and the settlement brought down his fine significantly, from a possible sum of £917,800.

Sam Woods, deputy governor for prudential regulation and chief executive of the PRA, said: ‘Protection for whistleblowers is an essential part of keeping the financial system safe and sound.