Barclays could be stung with a £184million bill for unpaid VAT in a crackdown on banks by the taxman.

The lender is facing a claim for back taxes after HMRC probed how lenders use overseas branches.

Until now, different parts of a bank in Britain have been able to bill each other for services without incurring a VAT charge. 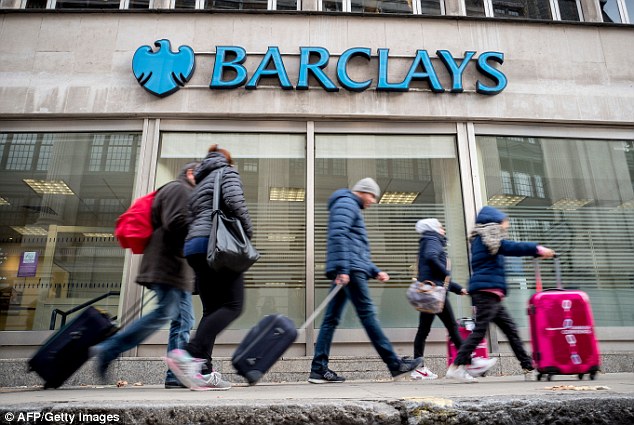 Tax bill: Barclays is facing a claim for back taxes after HMRC probed how lenders use overseas branches

But the authorities now say this should not have applied to parts of their business which are legally based abroad and only have a secondary presence in the UK.

It issued a notice in March demanding Barclays cough up, the lender revealed.

The bank estimates this could cost as much as £184million, but has asked HMRC for a further review and could challenge the decision in court.

Finance chief Tushar Morzaria said: ‘It’s something many banks will be in discussions with HMRC over.’

It came as Barclays unveiled half-year profits of £1.6billion, down 30 per cent on a year earlier.

The fall was caused by £2billion of one-off costs, including a £1.4billion payout to US investigators for selling toxic mortgages before the financial crisis, and £400m for repaying victims of payment protection insurance.

Excluding these bills, profits were up 20 per cent. Barclays hiked the interim dividend from 1p to 2.5p per share.