More than ten million holidaymakers flock to Bournemouth each year, drawn by its miles of sandy beaches and unspoilt nature reserves.

But now the Dorset coastline is making waves for another of its natural attractions: black gold.

Once the tourism season is over, a private oil company called Corallian Energy hopes to drill a well 8km offshore from Bournemouth seafront, reigniting the region’s energy bonanza that started when British Gas discovered the Wytch Farm oilfield in the early 1970s. 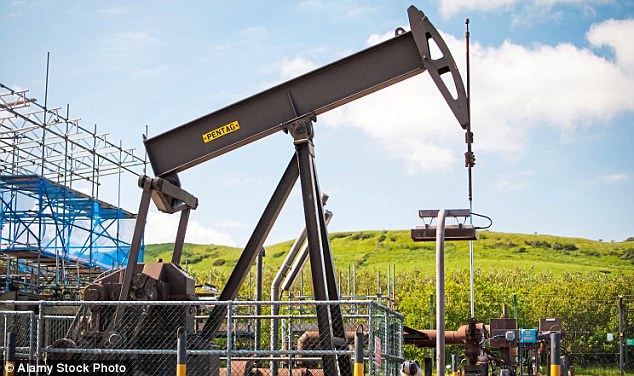 Worries: Once the tourism season is over, a private oil company called Corallian Energy hopes to drill a well 8km offshore from Bournemouth seafront

Corallian’s Colter prospect is on a spur of seabed extending south of Wytch Farm, which is Britain’s biggest onshore oilfield and has produced more than 400 million barrels.

It’s not quite in the realms of Dallas – the classic TV series about a family in the US oil industry, starring Larry Hagman as J.R. Ewing.

But based on its proximity to Wytch’s rich reserves, Corallian says the Colter field could recover 30 million barrels of oil. It estimates the project is potentially worth £255 million and has a 58 per cent chance of success.

Not everyone shares their enthusiasm for Bournemouth’s oil rush, however. Sandbanks, a millionaires’ enclave on a sandy spit dubbed ‘Britain’s Palm Beach’, has the fourth-highest land values in the world thanks to its uninterrupted sea views – and the residents do not want a 100-metre-high oilrig on their horizon. 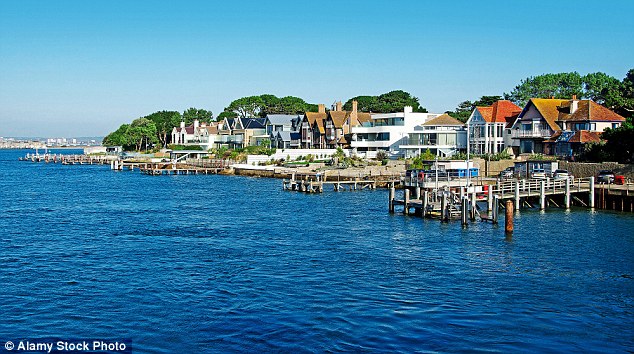 In February, they wrote to Business Secretary Greg Clark, who is deciding whether to approve Corallian’s application, raising their ‘deep concerns’ about offshore drilling in Poole Bay.

The letter was also signed by Springwatch star Chris Packham and Countryfile presenter Ellie Harrison, who said the oil well will harm the ‘natural beauty and rich natural resources’ of the ‘idyllic coastal region’.

They urged Clark to block Corallian’s plans in order to protect the coastline’s ‘sensitive marine systems’, such as the colony of endangered spiny seahorses at Studland Bay. ‘Our main concern is the devastating implications should there be a serious accident,’ they said. ‘Offshore drilling this close to the coast would take an unnecessary and reckless gamble.’

Corallian controls the licence for the Colter prospect. Three other firms, privately-owned Corfe Energy and listed companies United Oil & Gas and Baron Oil, have minority stakes in the licence.

Corallian still needs to obtain an environmental permit from the Government before it can start drilling. However, City investors are already lining up for a piece of the prize. Reabold Resources, an Aim-listed investment firm, last autumn bought a 32.9 per cent stake in Corallian for £2.5 million. 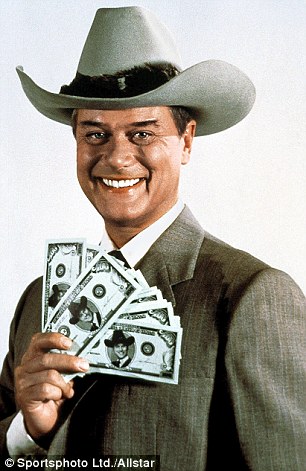 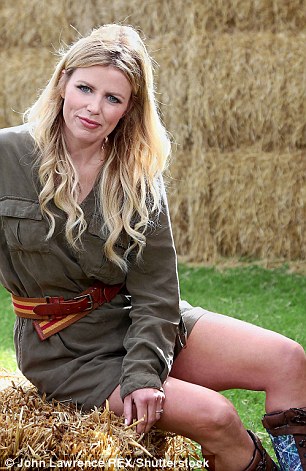 Larry Hagman as J.R. Ewing in Dallas – the classic TV series about a family in the US oil industry (left) and Countryfile presenter Ellie Harrison who opposes the oil rig (right)

In turn, Reabold has the backing of some heavyweight City fund managers. Miton, JO Hambro, Ruffer, and the City Financial Investment Company jointly own 27 per cent of the firm.

In 2015, the Government set a precedent in Poole Bay by blocking the £3.5 billion Navitus Bay offshore windfarm because it would ‘desecrate’ the Jurassic Coast, a Unesco World Heritage site.

Bournemouth council has criticised Corallian’s application to drill for oil on the same stretch of seabed, saying that like the plans for the Navitus Bay wind farm, a drilling rig in the bay would damage the town’s tourism trade. It said Bournemouth is aiming to be ‘one of the greenest cities in the UK’, and ‘oil exploration near to our coastline does not fit with these aims’.

Despite the numerous objections, the oilmen are confident they will get the green light in the second half of this year. Privately, sources close to the company expect to be able to start drilling in September. 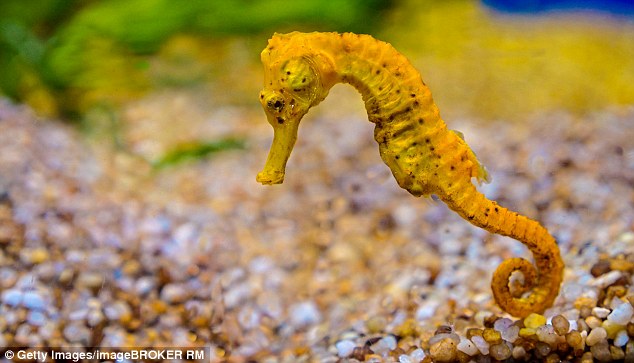 Protesters have urged Business Secretary Greg Clark to block Corallian’s plans in order to protect the coastline’s ‘sensitive marine systems’, such as the colony of endangered spiny seahorses at Studland Bay

Oza says the Colter oilfield will bring jobs to the area, and that the offshore rig will only remain in place for up to 45 days. The well will then be plugged and abandoned, and future development will be based onshore, with oil extracted horizontally from Wytch Farm.

He adds that the onshore development will be low-impact and small-scale. Oza points out that Wytch Farm, operated by Anglo-French oil giant Perenco, does not disturb locals, and the Colter project would use the same so-called ‘nodding donkey’ pumps to extract oil.

Sources close to the Colter oilfield say Perenco, which took over Wytch Farm from BP in 2011, would be the obvious choice to buy Reabold’s interest if oil is discovered.

Corallian, run by its chief commercial officer Andrew Hindle, has so far not spoken publicly about the Colter project.

But serial entrepreneur David Lenigas, who has a stake in the Horse Hill oilfield, in Surrey, this month talked up the south coast oil boom. ‘I’m feeling optimistic that it’s time to test the greatest onshore discovery in UK history,’ he said. ‘About b***** time.’

Back in Bournemouth, Corallian and its City backers are banking on the hope the Government shares his enthusiasm.