BBC, ITV and Channel 4 team up to invest £125m in new streaming app to take on Netflix 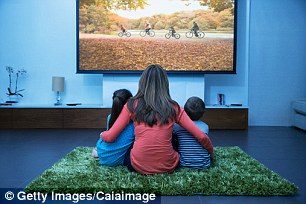 The BBC, ITV and Channel 4 are investing £125m in a new streaming  app

The BBC, ITV and Channel 4 are taking the fight to Netflix by investing £125million to create an app to stream their own shows.

In a bid to combat the online video giants, the terrestrial broadcasters have ploughed in the cash with transmitter owner Arqiva to create an app that allows viewers to watch live and catch-up television.

It will be part of Freeview, the free digital TV service the public broadcasters set up in 2002 and will launch later this year.

Freeview’s electronic television guide already gathers together programmes from the broadcasters into one system.

Jonathan Thompson, chief executive of Digital UK, which runs Freeview, said: ‘As the UK’s TV landscape becomes increasingly impacted by global players, this new commitment from our shareholders is a major boost for UK viewers.

Building on this spirit of collaboration, we will not only safeguard free-to-view TV but reinvent it for a new age of viewing.’