‘Beast from the East’ cast a chill over retailers in March

Louise Hill For This Is Money

Shoppers opted to wrap up at home rather than venture on to the high street in March as the ‘Beast from the East’ hit in March, new figures show.

It was a volatile month for retail with the cold weather dragging on sales before a surge in shoppers in the run-up to the Easter weekend.

The report, compiled by the British Retail Consortium (BRC) and KPMG, said UK retail sales rose 1.4 per cent on a like-for-like basis compared with March 2017. 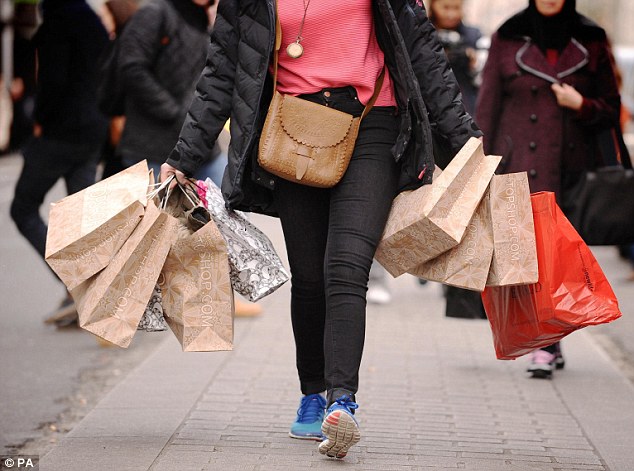 Total sales increased 2.3 per cent in March, a marked jump higher from the 0.2 per cent decline recorded in the same month last year.

Helen Dickinson, chief executive of the BRC, said: ‘March paints a volatile picture for sales, which experienced peaks and troughs to deliver some modest growth on last year.

‘The positive distortion from the timing of Easter pushed sales up by over 15 per cent during the holiday week compared with the rest of the month, only just making up for a sub-zero performance at the start of the month.

‘There’s no doubt that the Beast from the East and its successor played a significant role in deterring shoppers from making store visits.

‘But it didn’t dampen consumers’ appetites towards food purchases, which saw the anticipated spike from the Easter festivities.’

Paul Martin, head of retail at KPMG, added the ‘seemingly endless’ cold weather was bad news for retailers and made March a ‘difficult’ month for many. 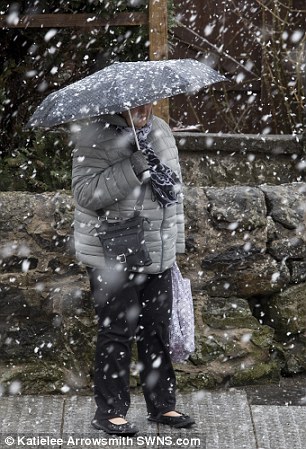 The ‘seemingly endless’ cold weather was bad news for retailers and made March a ‘difficult’ month for many retailers, the report found

The report was released as figures from Barclaycard showed that consumer spending growth slowed as temperatures fell in March.

Spending increased by 2 per cent year on year – the lowest level since April 2016.

It said spending at garden centres plunged by 26.4 per cent annually – the biggest fall since Barclaycard’s records on this started in September 2014.

As people remained indoors, online spending grew by 11.7 per cent.

The strong performance in essentials was bolstered by supermarket spending increasing by 5.1 per cent – the highest level of growth since June 2017, even as petrol spending declined 1.8 per cent year on year.

Bright spots in non-essential spending were restaurants and pubs, up 7.2 per cent and 7.7 per cent annually respectively.