Beaufort clients to get their cash returned following High Court ruling – but are platforms safe?

Customers of collapsed stockbroker Beaufort have had a lucky escape after administrators rowed back on a plan to tap into their holdings to cover fees, but potential problems for others remain.

The ‘vast majority’ of clients of Beaufort Securities are set to get all their assets returned to them and moved to a new platform.

They have been locked out of their investments since the broker’s collapse but things could have been worse.

A little-known rule brought in after the financial crisis meant around 15,000 customers faced losing large amounts of invested cash and assets to administrators PricewaterhouseCoopers. 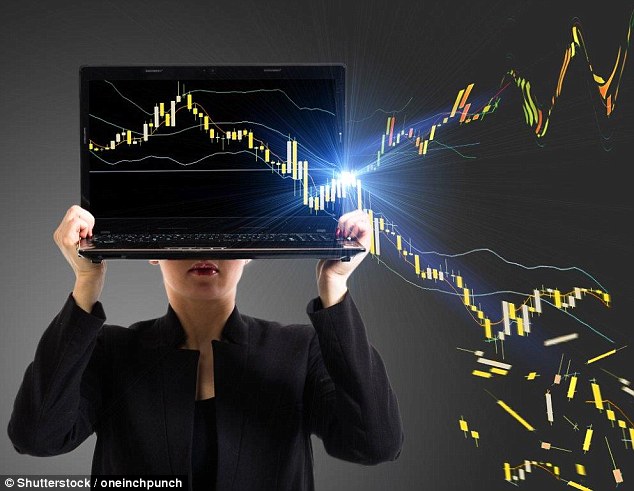 But investors’s cash will be ring-fenced under a new deal struck by the Financial Services Compensation Scheme, the UK’s statutory savings and investment safety net, and PwC which was approved by the High Court in late July.

The buck now falls on the scheme to settle PwC’s bill under the terms, and Beaufort’s customers will be reimbursed without having to make a claim to the FSCS.

The scheme will also cover administration costs up to £10,000 per account and compensate for the distribution costs of returning cash up to the overall limit of £50,000 for investment claims.

Fewer than 10 individual clients will be left out of pocket according to the FSCS.

However, campaigners say that the case highlights the need for urgent action to protect small investors, as Special Administration Regulations still allow administrators to dip into funds.

Roger Lawson, of ShareSoc, which had been fighting for investors, said: ‘Short term, ShareSoc would like to see the Special Administration Regulations amended to ensure there was no access to client funds under any circumstances.’

Why the controversy over Beaufort?

When Beaufort went under in March, accountancy giant PwC was appointed as the administrator to take charge of the company’s affairs – which includes reuniting customers with their cash.

PwC initially billed £100million for this work, but later revised the figure to £55million.

However, there was not enough money in the business to cover the costs, so the PwC said it would need to dip into customers’ holdings to plug the shortfall.

Those hit by financial losses that arise in this way are eligible for recompense through the FSCS which covers investments up to the value of £50,000. But above that level they would get nothing more.

Those with assets that exceeded this would have lost out.

The plan drew criticism from those affected as well as industry commentators, but has since been withdrawn following the deal.

The problem hinges around the nominee account system, used by most British investing platforms and stockbrokers, which pools clients holdings together.

Mr Lawson said: ‘The Beaufort case simply highlighted some of the long standing problems with nominee accounts. But there were other similar cases in the past as brokers regularly go bust – e.g. Pacific Continental, or Lehman Bros. The Special Administration regime was supposed to help with such cases but the rules introduced seem perverse in the extreme.

‘There is still nothing to stop administrators dipping into client funds.’

It’s certainly been a shock for many small investors. The big problem, which most of them do not understand, is that they do not own the shares when they are purchased via a nominee account – the broker owns them.’

Some 15,000 client accounts will be transferred to execution-only investment platform The Share Centre.

Unlike Beaufort which offered a discretionary service – meaning its portfolio managers bought and sold investments on behalf of clients – The Share Centre is an ‘execution-only’  platform, leaving customers to make their own investment decisions.

Richard Stone, chief executive of The Share Centre said: ‘We strongly believe that the roles of agent (acting solely on the customer’s behalf as we do) and that of principal (trading on your own corporate positions) should not be combined within the same business.

‘As a business we are well-capitalised, carrying approximately three times the amount required by the Financial Conduct Authority.

‘We have a very simple balance sheet with over half our shareholders’ funds held in cash, and no debt. Moreover, we are experienced in transfers of books of business.’

The migration will begin by the end of September and the platform expect clients to be up and running in the fourth quarter of this year.

In the meantime, the administrators will be writing to customers with further information on next steps.

Are investments held on my DIY platform safe

Most likely yes. Many DIY investment platforms are backed by large financial institutions such as a big bank, so the chances of them failing are minimal, while others are smaller players.

However, in the event of them going bust your investments should still be safe, as your money is invested into them rather than the platform itself.

It should be noted though that this is a different scenario to directly held shares or funds.

Most assets held on DIY platforms are in nominee accounts.

This means that rather than holding them directly, the customer has shares or funds assigned to them in a large pooled account.

In the event the platform goes bust, it should be straightforward to identify who owns what and transfer the assets accordingly.

But the Beaufort saga is a uncomfortable reminder that things can go wrong and came as a shock to many in the investing world when the administrators said they would need to tap into investors’ holdings.

Nick Burchett, head of UK equities at Cavendish Asset Management, said: ‘Whatever has happened behind closed doors at Beaufort, client assets should have been truly ring-fenced. Provisions should have been made to avoid PwC initially suggesting the bill was £100million.’

What went wrong with Beaufort?

When businesses fold it can be because they haven’t been run properly but the authorities sometimes don’t spot this until it is too late, as This is Money editor Simon Lambert explores in his column on the matter.

The nature of Beaufort’s business didn’t help matters. The company offered a discretionary service which, at times, involved investment in esoteric and unregulated assets.

Some of these can’t be sold on quickly, or easily valued, and that ultimately ramps up the costs for the administrators.

Their offerings are typically restricted to mainstream funds, investment trusts, and shares listed on established exchanges which are much easier and cheaper for creditors to unpick if all goes kaput. 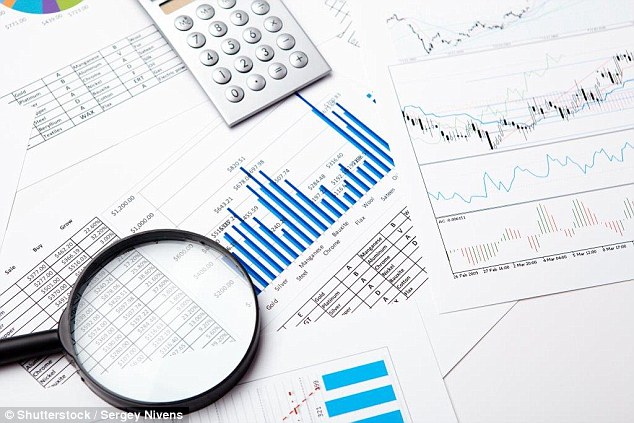 If you want absolute security, you can go back to the old fashioned paper certificate ownership

What are the alternatives to ‘nominee’ accounts?

If you want absolute security, you can revert to the ‘old school’ method of holding paper certificates, where proof of ownership of a slice of a company or fund can be filed away away.

But owning these can become unwieldy – and there is a risk certificates can be lost, damaged or stolen, and they are expensive to replace.

Trading them costs significantly more than buying and selling electronically through DIY platforms, plus there are time delays while they are posted and the deal is completed.

Another option is to set up a personal ‘Crest’ account which allows you to trade electronically. Trouble is, there aren’t many brokers that offers this service and costs are typically higher.

Crucially, you won’t be able to hold assets in the tax-free Isa or self-invested personal pension wrappers using either methods.

The failsafe is to cap your investment with any one platform to £50,000 – the maximum you can claim through the FSCS if the brokers goes under. The limit is due to £85,000 in April next year.

However, remember that you can only invest new money in one investment Isa per tax year.

Time for a new way of holding shares and investments

We asked Sharesoc’s Roger Lawson about what the organisation would like to see happen now.

He said: ‘In the longer term we would like to see the whole area of nominee accounts reformed, preferably so that all shareholders were on the share register of the company with all the associated rights that entails, i.e. that they become ‘members’ of the company.

This would resolve a lot of legal issues and ensure that they obtained all their rights as shareholders (i.e. owners) of a company.

‘That includes voting rights of course, and information rights (being sent Annual Reports, etc), but there are several other rights also. Why should a stockbroker or platform (i.e. the nominee operator) obtain these rights when all they are providing is a simple clerical function of buying/selling the shares?

‘The ShareSoc campaign on shareholder rights is covered here which explains all the issues.

‘The current system of nominee accounts has become common because it was an easy way to introduce electronic trading. But there are other and better alternatives that should have been adopted.

‘The UK is also trying the avoid implementing the Shareholder Rights Directive as originally intended by the EU. Commercial pressure to do nothing is the cause.

‘We need a wholesale reform of the systems and associated legislation rather than more patches on a dysfunctional structure.

‘As regards the question of the number of people unaffected by the Beaufort case, there may be only a few people who will suffer major financial loss now that some rectification has been agreed.

‘But many thousands of people will be badly affected by the inability to trade the shares they own, and the fact no dividends on them will have been paid – the latter has caused major problems for some people.’