Bentleys have long been renowned for their luxury, speed and powerful presence – but certainly not for being green.

Yet, the new British boss of the luxury car maker wants to drive it into a more environmentally friendly future, as he revealed the first ever plug-in hybrid Bentley – and said soon it will offer fully electric cars.

The ‘Bentley Boy’ boss Adrian Hallmark took the first step towards his electric dreams at the Geneva Motor Show on Monday night, when he took the wraps off what it is calling ‘the world’s first luxury hybrid’ – a petrol-electric Bentayga Hybrid. 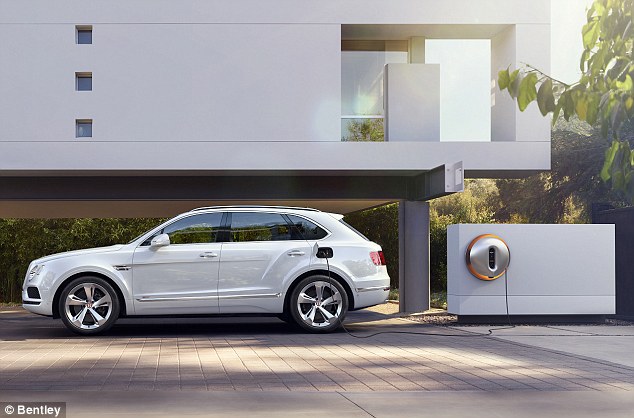 Bentley’s electric dream: The Bentayga Hybrid is the first electrified Bentley to go on sale

He stressed that the Bentayga Hybrid is just the start and ‘represents Bentley’s first step towards full electrification’ of its range, as the firm seeks to shed its gas-guzzler image.

Hallmark is the first British chief executive for nearly two decades at the Crewe-based luxury car-maker, now owned by Germany’s giant Volkswagen Group, which has also been signalling a switch to electric power in the wake of the Dieselgate scandal.

His aim is to have 100 per cent hybrid or electric power available on all models across the Bentley range by 2025.

He made the landmark announcement at a special event on the eve of the Geneva Motor Show, taking the wraps off the big Bentley 4×4 which will launch the next chapter of the near 100-year history of the firm founded in 1919.

It promises a zero-emissions electric-only range of more than 31 miles with batteries recharged in 7.5 hours from a domestic socket or just 2.5 hours from a fast-charger, with the option of remote battery charging via a smart-phone app.

Combined average CO2 emissions will be as low as 75g per kilometre. 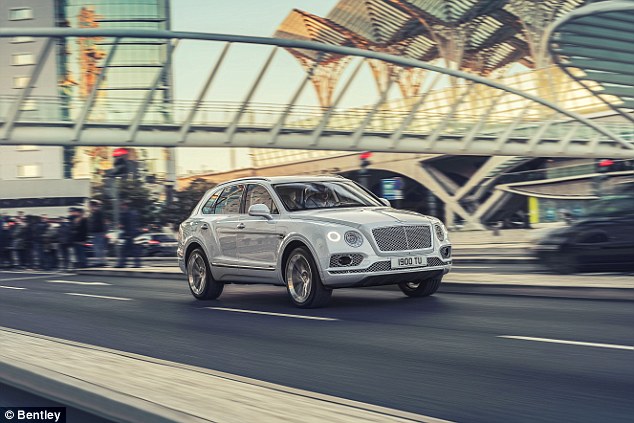 Prices for the enormous Bentley Bentayga Hybrid SUV will start from around £140,000 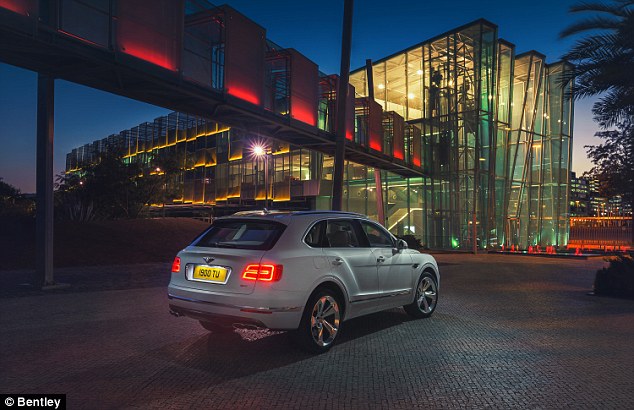 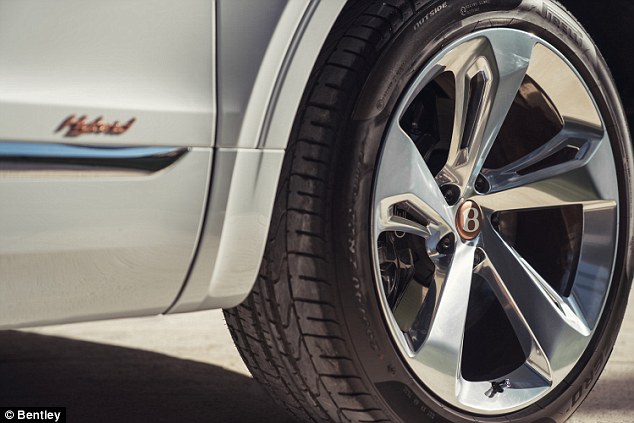 Hallmark believes Bentley is perfectly poised to lead the way in shaping ‘the future of sustainable luxury mobility.’

He said the new hybrid – which begins that transformation – combines ‘the serenity of silent motoring with exquisite comfort and effortless performance’.

The new V6 hybrid is expected to deliver  around 450bhp – equivalent to around four Ford Fiestas – with a top speed limited to 150mph and acceleration from rest to 60mph in under six seconds.

It will cost around £140,000 when order books open in the second half of this year, although no official figures have been announced. 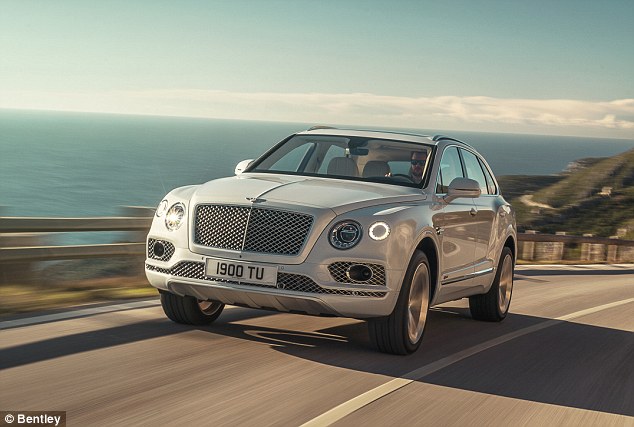 The Bentayga is now available with petrol, diesel and hybrid options for 2018 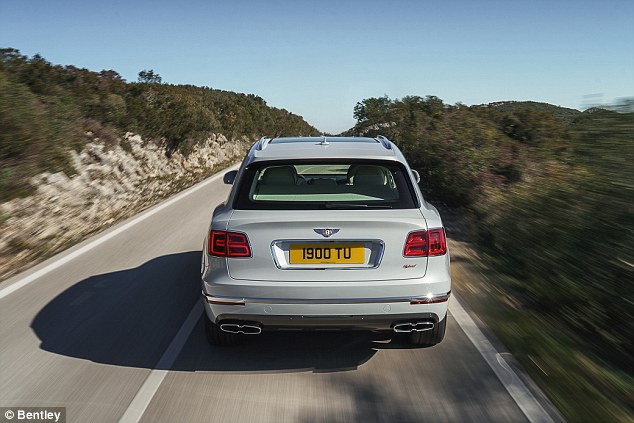 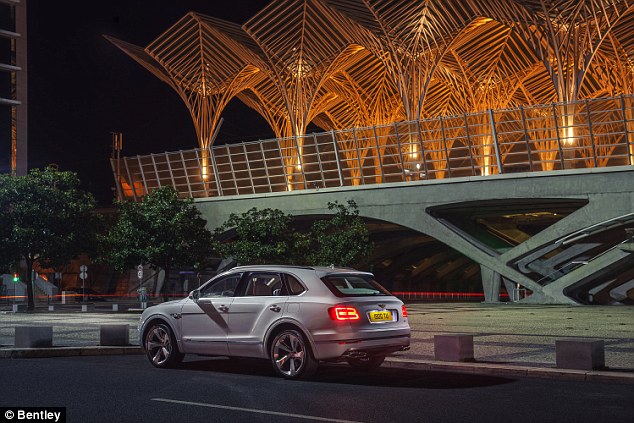 Hallmark said: ‘The Bentayga Hybrid is our first step on the road to electrification, combining traditional Bentley values with the very latest technologies.

‘It gives customers the best of both worlds – engaging, effortless performance on the open road and silent, emission-free driving in the city, which will become increasingly important with the ever-changing regulations around the world.’

He added: ‘Following Bentley tradition, the Bentayga Hybrid pioneers a new automotive sector – the luxury hybrid – and sets Bentley on the path towards a sustainable electrified future.’

It marks a return to Crewe for the top executive who was Bentley’s marketing boss for six years from the turn of the millennium. 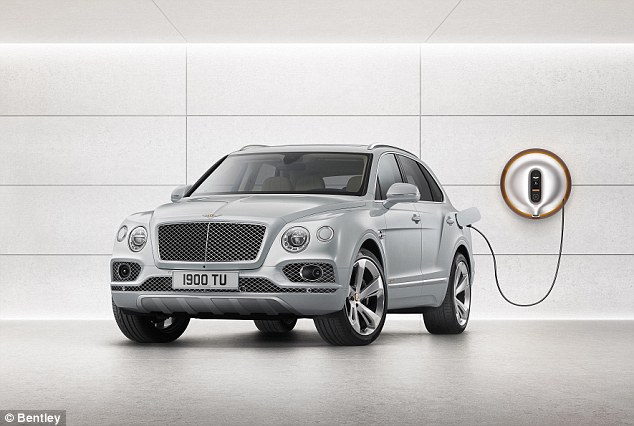 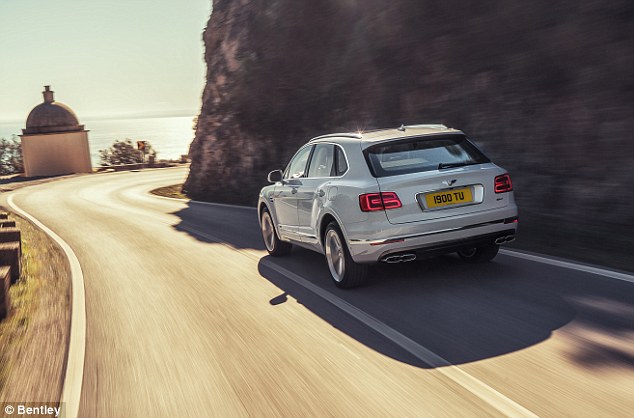 However, the Automatic Start-Stop switch is replaced with a control for the three electric modes – pure electric or EV Drive, Hybrid Mode and Hold Mode to allow the driver to manage battery usage during a journey.

The revised infotainment screen and driver information panel provides details on performance, consumption and energy source, as well as whether the vehicle is charging the battery or drawing power from it.

A dial showing when the car is operating in pure electric EV Drive, or the engine speed if the petrol engine is operating. 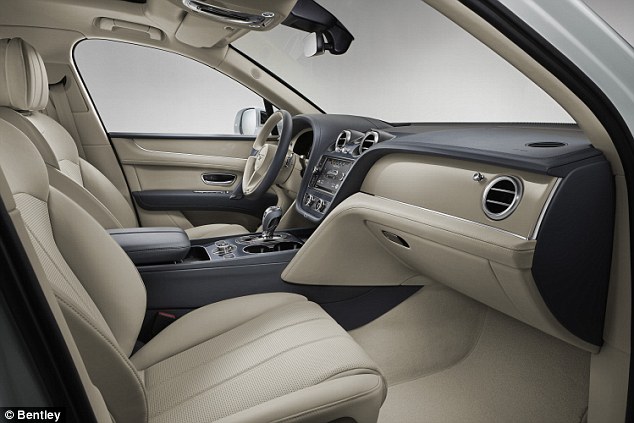 Inside, it’s the usual extravagance you’d expect from a Bentley. Though you will spot some differences that are linked to the new hybrid powertrain 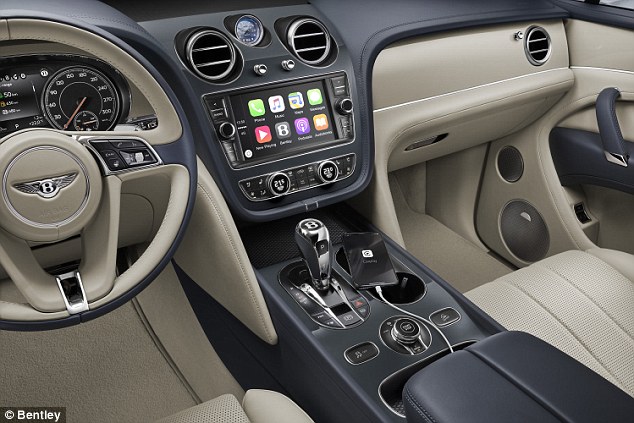 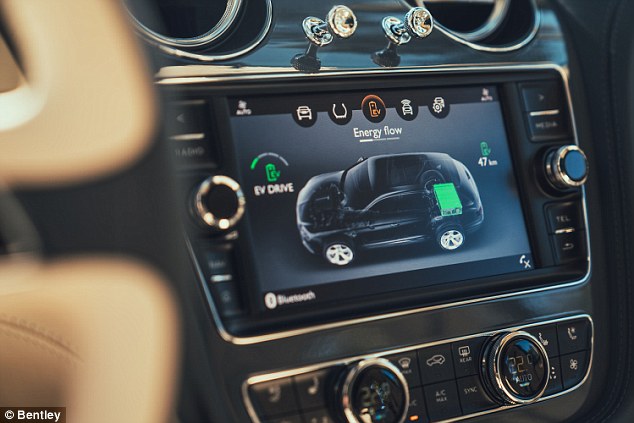 The Bentley uses intelligent satellite navigation to work out the best combination of electric motor and engine for every journey – constantly calculating the most efficient use of battery charge and storing electrical energy for sections of the journey where it is most useful – such as switching to clean electric-power only when arriving in the city.

Bentley says it aims to make owning a Bentayga Hybrid as easy as owning a conventional car.

The car’s charging status and programming is visible on the drivers’ screen and on the user’s smartphone via an app. 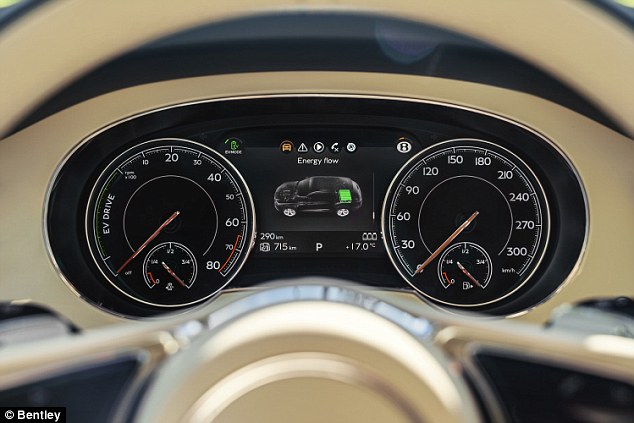 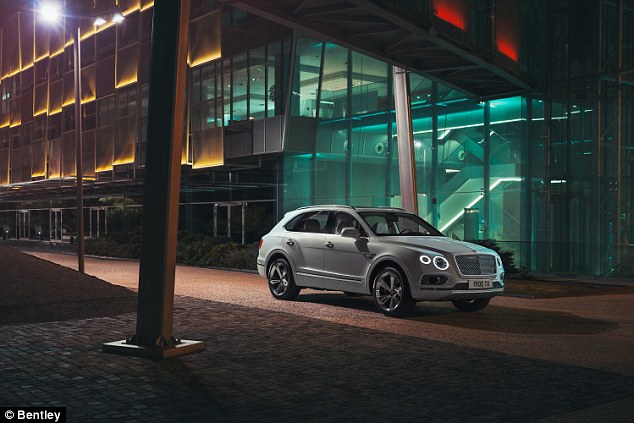 A Charging Station Finder lists nearby charging stations and can set them as destinations on the car navigation system.

And Cabin Comfort setting allows the driver to remotely set the car to heat or cool itself before he or she opens the door.

Bentley says its cars are already packed with self-driving autonomous technology – but has not yet activated much of it.

Last year Bentley sold a record 11,089 cars of which 85per cent were exported accounting for £1.4billion.

Who is Bentley’s new British boss? 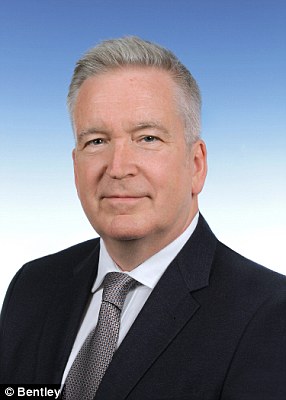 Adrian Hallmark, 56, was named in October last year as the new chief executive and chairman of Bentley Motors – the first Briton to hold the post for nearly two decades – although he only officially took over the top job on February 1.

He moved from Jaguar Land Rover where he had been group strategy director for the past four years, and in charge of the Jaguar brand before that.

As such he has been at the heart of Jaguar’s own electrification moves, including the launch this week of the company’s first all-electric car, the I-Pace, which also makes its debut at the Geneva Motor Show.

The former Wolverhampton University student replaced Wolfgang Duerheimer who retired from the firm. The last British boss of Bentley, which has been owned by the Volkswagen Group since 1998 – was Tony Gott who held the post from 1998 to 2001.

The move puts a British ‘Bentley Boy’ back at the helm of the firm which employs around 4,000 people in Crewe and sells heavily on the Britishness of its vehicles, including the latest Bentley Continental GT.

It is a plum post for engineer and metallurgist Hallmark, who is married with two children, is an acknowledged expert on the luxury and super-luxury car-market and who previously served on the main Bentley board in charge of sales and marketing for six years between 1999 and 2005.

A French and German speaker, he was also executive vice president for Volkswagen of America between 2005 and 2008 and regional director for Volkswagen AG in Asia until October 2009. His career has also encompassed roles at Saab and Porsche.

Bentley was founded in 1919. After a bidding war with rival BMW in 1998, Germany’s Volkswagen Group struck a deal to take over Bentley from Vickers, achieving sole control from 2003.