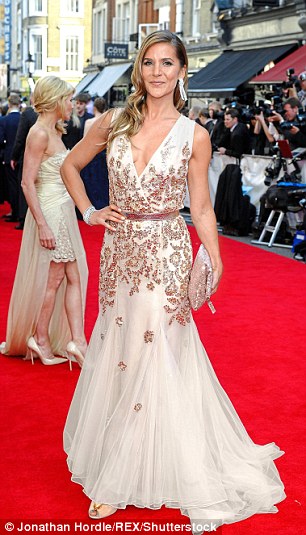 The best financial decision TV presenter Amanda Byram ever made was investing in the London property market.

The former model, who used to work in her local Blockbuster video store for £4 an hour, is now a property millionaire after savvily investing in a flat in London’s Fulham in 2002. The property has since quadrupled in value.

Byram, who presented Total Wipeout with Richard Hammond, is also a buy-to-let landlord who treats herself to wild salmon once a week and is always first to offer to pay for meals when out with friends.

She once spent thousands of pounds on a film poster of The Godfather to make an ex-boyfriend jealous and, after seeing the look on his face, believes it was worth every penny.

But she only ever buys what she can afford and would rather go without than buy something on credit.

Now 44, she spends her time in between London and Los Angeles with husband Julian Okines, 37.

That I needed to work for it rather than relying on handouts. My parents had a great work ethic. My dad worked as a mortgage administrator at a building society while my mum was a seamstress and stay-at-home mother.

My dad came from Iran and had to set up a new life in England where he met my mother who had moved from Ireland. They were out of their comfort zone and had to work hard.

Given they wanted my sister and me to have the best upbringing possible, they spent all their money on us. We never wanted for anything.

When I was 15, I worked in a Blockbuster video store in Dublin for £4 an hour. At the time, that felt like an incredible wage.

Not really. I started modelling when 18 and was quickly making £50 an hour which felt amazing. Most of my jobs involved doing some crazy photoshoots to help public relations agencies get press coverage.

So I would lie in a bath of Quality Street chocolates in a bikini in London’s Soho. Another time, I was photographed walking a goat down a London street wearing lederhosen. It was the variety of jobs I had done as a model that helped get me my first TV job.

Yes. At 18, I was paid to drive a red Alfa Romeo sports car to high-profile restaurants, fancy bars and cafes around Dublin. I got the car’s use for a week and cash to spend on whatever I wanted at the restaurants, plus I was paid a couple of thousand pounds to go to all these places.

It was the dreamiest, easiest job and the pay was crazy money. But after I dropped the car back I had to get the bus home. I remember sitting on the bus and sighing.

What was the best year of your life in terms of money you made?

It was 2002, the first year I was in Los Angeles when I worked on two hit TV shows for Fox, Paradise Hotel and The Swan. The money for TV jobs in the US far exceeds what you get in the UK and Ireland. Although I was working long hours I was living my dream. It did not feel like work.

I would rather not say how much I made but it was a good year. Every time I looked at my bank balance it made me happy. Afterwards, I was able to buy my own place in LA.

What is the most expensive item you have ever bought yourself?

I once bought an original, two sheet, lifesize Il Padrino poster for The Godfather movie. I had it restored and framed. Altogether that cost $4,000 (£2,800). I originally bought it for an ex-boyfriend who had a reproduction of the poster in his bedroom. I thought it would be a nice gift for him if we ever got married. 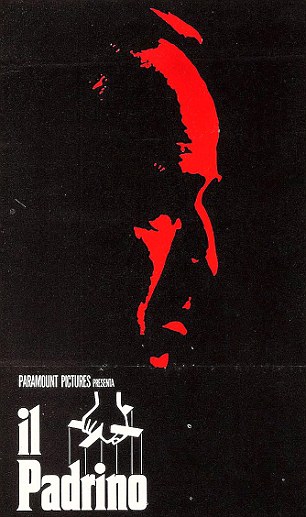 Gift: Amanda took great joy in putting the film poster on her own wall

Eventually we broke up because I found out he was cheating on me. One of the first things I did afterwards was to put up that poster. It is massive and it takes up a whole wall. He came over to collect some stuff one day and I will never forget the look on his face when he saw it. I said: ‘Oh yeah, I was going to give that to you but tough s**t, buddy.’

I have never seen anyone go so pale – the blood drained from his face. He was desperate to buy it off me but I refused. It was an expensive purchase, but well worth it.

When I was 20, I lost almost all my money to a guy who did a coin vanishing trick as I was travelling around the United States on a bus. It was not a lot – less than $100 – but I had almost nothing to live on for weeks. I felt stupid and it was all very scary. Since then I have been risk averse.

What is the best money decision you have ever made?

Buying my home, a one-bedroom apartment in Fulham, South West London, in 2002. I scraped together all the money I had to buy it and paid less than £300,000. It has increased fourfold in value since then. It is the gift that keeps on giving.

No, I do not. I prefer property because it gives me more control and is less risky. I am not a big fan of someone else being in charge of my money. I do not have a pension. I tend to fly by the seat of my pants and think it will all be fine down the road.

Do you own any property apart from your Fulham apartment?

Yes, I own a two-bedroom townhouse in Santa Monica, Los Angeles, which I bought when I was living out there, and a one-bedroom apartment I let out in Dublin.

My dad always drilled it home to me that property and land were good to invest in and I have followed his advice. 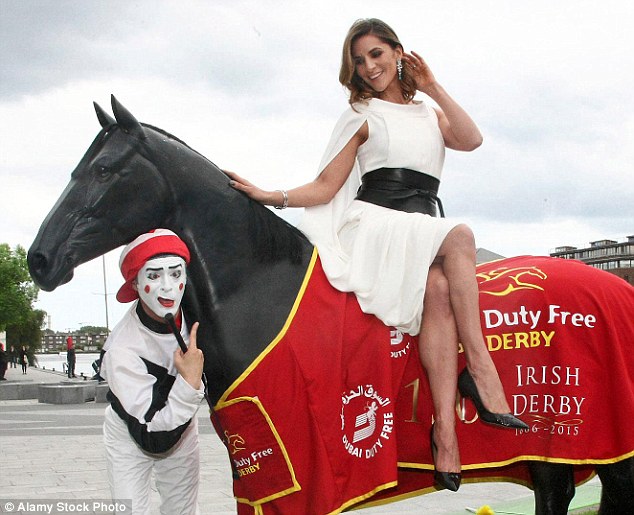 Horsing around: Amanda has done a raft of well-paid modelling jobs

I suppose property investments are my pension. Everything I have bought has gone up in value.

Yes, always. I would rather go without than buy something on credit. I hate owing anyone anything. At the end of a meal, I am always the first person with a card down insisting on paying the bill. I cannot bear to be in debt, even to my friends.

What is the little luxury you like to treat yourself to?

Wild salmon which costs at least £10. I like to buy it at least once a week.

Resign probably. I am not massively into politics and running the Treasury has got to be one of the hardest jobs out there.

I would like to see more money spent on education though. I think the Chancellor should be offering more grants to students who are struggling to afford university.

I do. We cannot change the world by ourselves, but collectively it is possible.

I support CoppaFeel, a breast cancer charity, and Love146, a charity that works to abolish child trafficking. I give them both my time and money.

Making sure my incomings are bigger than my outgoings.

From whether interest rates are really about to rise, to investing tips, or what makes a new £10 note valuable, the This is Money team and Georgie Frost wrap up the week’s essentials in an easy to listen to 40-minute show.